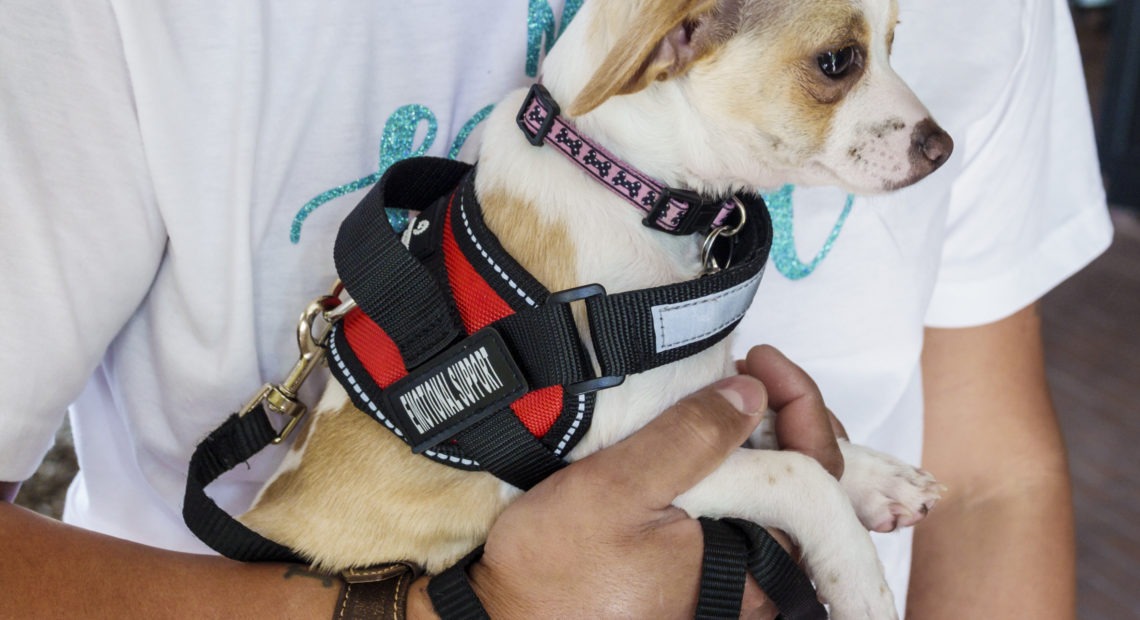 The days of bringing your emotional support cat, pig or even a miniature horse on a plane may soon be coming to an end. The federal government is enacting a new rule restricting the types of service animals allowed on commercial airline flights, allowing only dogs that meet specific training criteria.

The new Department of Transportation rule is in response to a growing backlash in recent years to airline passengers trying to bring all kinds of wild and outlandish pets onto planes, including the woman who tried to bring an “emotional support” peacock on board a United Airlines flight in 2018, and the “comfort” turkey that was actually allowed to fly on Delta Airlines back in 2016. 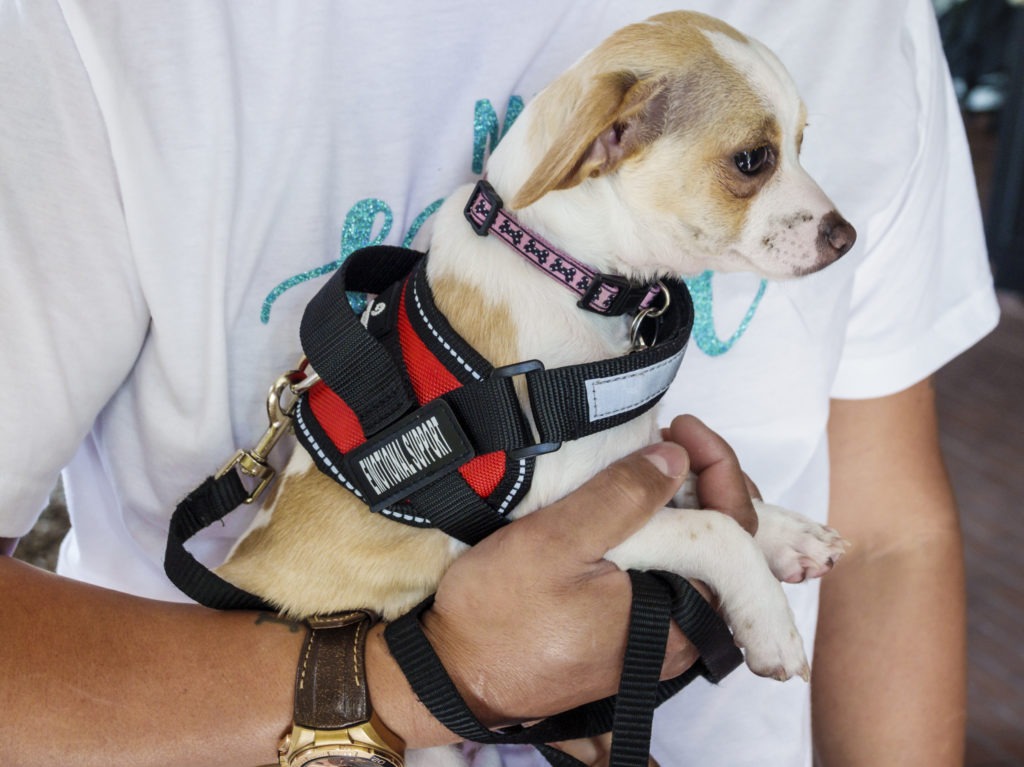 Under a new rule issued last week by the Transportation Department, only dogs that meet strict service animal standards will be allowed to fly with passengers. CREDIT: Jeff Greenberg/Universal Images

“It’s gotten really out of control,” says Paul Hartshorn, Jr., a flight attendant for American Airlines and spokesperson for the flight attendants’ union there. “For years, our members have been dealing with untrained, sometimes wild animals in the aircraft cabin.

“For the most part, I will say it’s dogs that are not properly trained, but we’ve seen everything from pigs, to monkeys, to hamsters. You name it, we’ve seen it,” Hartshorn added.

The untrained animals can have behavioral issues, and some even relieve themselves on the plane.

“This has made many passengers incredibly uncomfortable,” Hartshorn says. “It’s the incessant barking, defecation in the cabin which happens more times than I care to tell you.”

Hartshorn says the menagerie of “comfort” animals packed with passengers inside a cramped metal tube can make a flight miserable for allergy sufferers, and he says some flight crew members and passengers have even been bitten by these untrained animals.

The reason they’re even allowed on a plane is because of travelers exploiting a loophole in federal law to avoid paying for their pets to fly with them.

Most airlines charge passengers a hefty fee to bring their small pets with them inside the cabin, but federal law allowed people with disabilities to have service animals free of charge, including emotional support and comfort animals, without defining what those are.

“Anybody who simply mentioned emotional support animal was giving themselves a blank check to bring on any animal that they wanted,” says Gary Leff, author of the airline industry blog View from the Wing. He calls the previous rule allowing emotional support animals “incredibly permissive,” allowing passengers to circumvent airline rules and fees to travel with their pets.

But after a yearlong rule-making process, the Department of Transportation is cracking down. The new rule, issued last week, defines a service animal strictly as “a dog, regardless of breed or type, that is individually trained to do work or perform tasks for the benefit of a qualified individual with a disability, including a physical, sensory, psychiatric, intellectual, or other mental disability.”

The passenger must provide the airline with documentation of the disability and that the dog is certified as a service animal.

“So it’s going from one extreme to another extreme,” Leff says.

Airlines and their employee unions support the new rule, saying it is long overdue, but some advocates for people with disabilities argue it goes too far and will keep people with legitimate needs for emotional support animals from traveling with them.

Curt Decker, executive director of the National Disability Rights Network, says there are animals, including cats, rabbits and even miniature horses, that may not have service animal training or perform specific tasks, “but may in fact lower the anxiety level of someone with an intellectual disability, autism or other kind of mental health issue where flying is very stressful and would be calmed by having a legitimate emotional support animal with them.”

Decker acknowledges that there were widespread abuses of the system in the past, but he says the one-size-fits-all narrow new rule will hurt a wide range of travelers, including those with anxiety disorders or post-traumatic stress disorder.

“Now people who do feel they need this kind of support and cannot afford [to pay the pet fee] will now be eliminated from flying,” Decker says.

Decker and other advocates for people with disabilities say they’ll lobby the incoming Biden administration to reverse or revise the new rule.

The new rule will go into effect in early January and allows airlines to continue to allow emotional support animals on flights if they so choose. Otherwise, passengers will have to pay the pet fee of up to $175 to bring their small support or comfort animals on the plane with them.