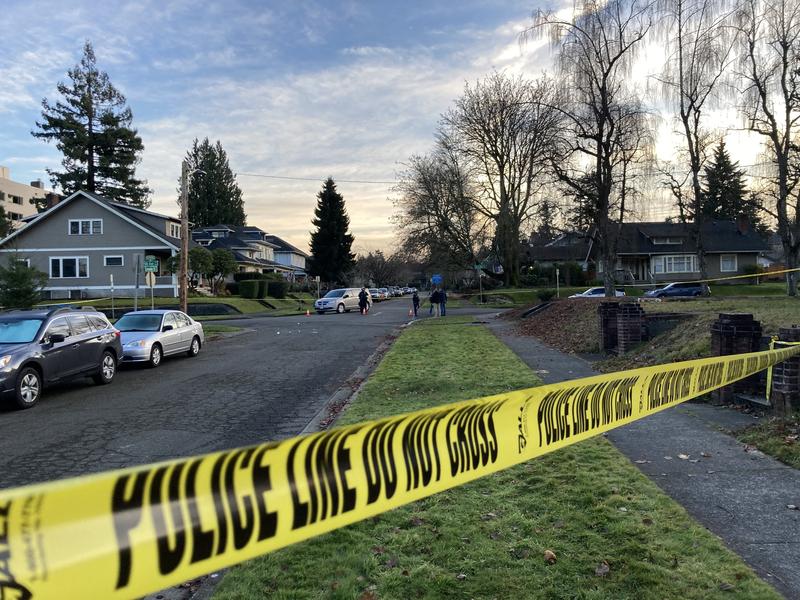 For the second Saturday in a row, a gun was fired as groups of protesters from opposing ends of the political spectrum clashed in Olympia.

The shooting happened Saturday afternoon at the Capitol visitor’s parking lot, which is located on the edge of a residential neighborhood.

Late Saturday afternoon, the street and much of the visitor’s lot was taped off with yellow police tape. A detective was seen putting out evidence markers.

According to the Washington State Patrol (WSP), two people were detained in connection with the shooting. It was unknown how badly hurt the victim was.

The shooting followed a chaotic and sporadic series of clashes earlier in the day between demonstrators and counter-demonstrators on and near the Capitol campus. People in both groups were heavily armed, according to WSP.

At one point, police declared a riot and arrested one person for displaying a firearm, said Lt. Paul Lower with the Olympia Police Department. Lower said three other people were also arrested during the day for alleged assaults, including against two sheriff’s deputies.

The State Patrol also ordered protesters to disperse from the Capitol Campus. At the height of the protests, WSP estimated there were 130 black-clad protesters on the left and 60 to 70 on the right.

“From the get-go, from the time they arrived in their cars, we were able to see they were preparing for confrontation and provocation — both sides,” said Chris Loftis with WSP.

According to one witness, the shooting happened as a group of pro-Trump “patriot” demonstrators was returning to their cars in the visitor’s lot followed by anti-fascist demonstrators.

“That’s when I heard the shot, I was looking everywhere there was a lot of stuff going on,” said Robert Zerfing, who has a YouTube channel called The Commonsense Conservative.

Zerfing said it was his understanding that someone from the pro-Trump group shot one of the anti-fascist demonstrators.

After the shooting, Zerfing said some in the anti-fascist group attempted to damage cars as people were leaving the parking lot. One witness showed the public radio Northwest News Network video that appeared to support that account.

Employees who work on the Capitol Campus had been warned to stay away from the Capitol on Saturday as several unpermitted events were planned, including a reopen schools event and a “Goodnight Fascism” event.

The shooting was the second such incident in a week. Last Saturday, Olympia Police arrested a pro-Trump rally participant who allegedly fired a gun during a violent clash between protesters near the Capitol. The victim, through a third party, told police they didn’t want to participate in an investigation. 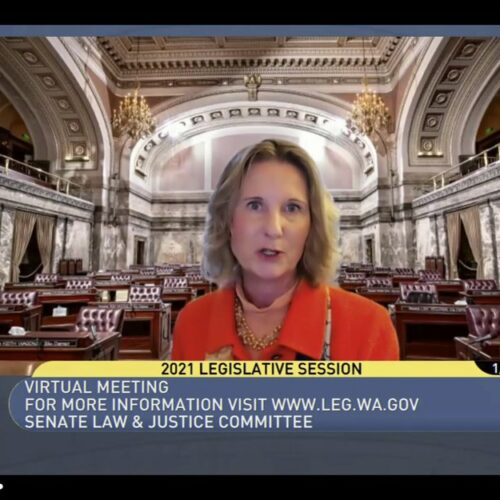 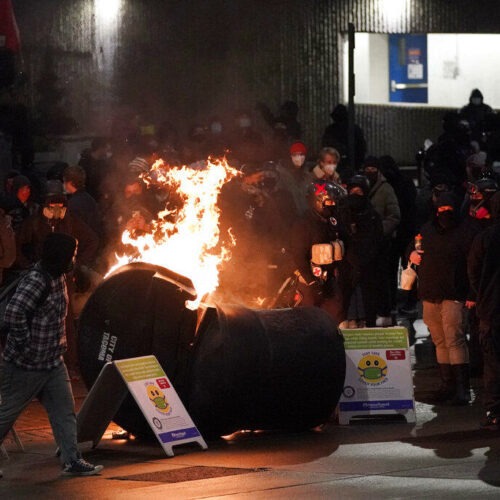 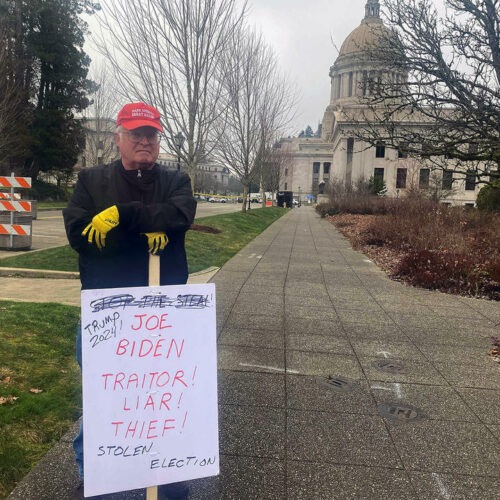 With Worries Of Armed Protests, Inauguration Day At Washington State Capitol Was Quiet

Washington National Guard troops were on site to guard against any repeat of the violence and disruption seen Jan. 6. While security forces were less visible than they have been in recent days, a spokesperson for the Washington State Patrol said they were still there protecting the seat of the Washington state government. He declined to share more information, but said the force was not small. Continue Reading With Worries Of Armed Protests, Inauguration Day At Washington State Capitol Was Quiet