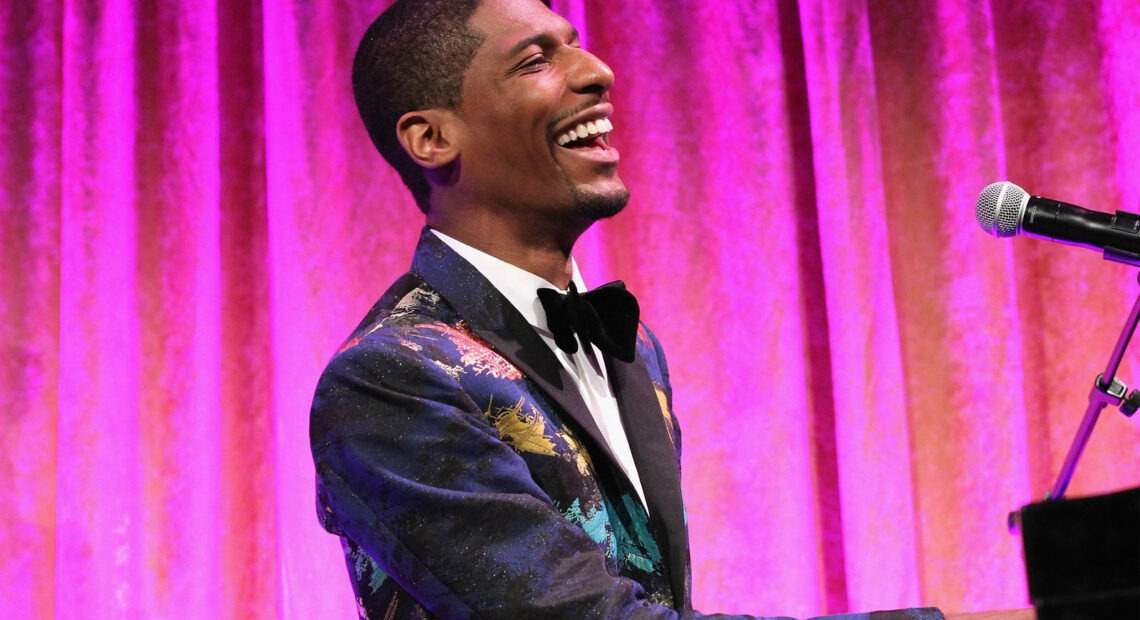 Pixar’s new animated film Soul is the story of Joe Gardner, a middle school school music teacher with big dreams about performing jazz onstage. “Music is all I think about, from the moment I wake up in the morning to the moment I fall asleep at night,” he says. “I was born to play.”

“Born to Play” is the name of one of the movie’s many songs composed, arranged and performed by real-life musician, Jon Batiste. He was one of several of the animated film’s musical consultants, who also included Herbie Hancock, Daveed Diggs and Questlove.

“I love Joe because he has this vision for his life and this thing that makes him feel alive,” Batiste says from his home outside New York City.

Soul‘s main character, Joe Gardner, was voiced by actor Jamie Foxx. But it’s Batiste’s fingers playing the piano that were animated for the film. “Oh my goodness, my way of playing, my hands: they’re an exact replica in the kind of 3D animation. You’ll see if you watch the film and then see me playing, it’s kind of crazy,” says Batiste. “I was almost in tears, because you see your essence and you think: Wow, this is the first Black Pixar lead and we’re putting jazz culture out there in this massive way.”

Playwright Kemp Powers, who co-directed and co-wrote Soul, says it also helps that Batiste has, “long, lanky fingers that really lend themselves to a dynamic look” when animated.

Powers says Batiste acted as a jazz ambassador for the film.

In Soul, Joe Gardner is a middle-school band teacher whose true passion is playing jazz. Musician Jon Batiste wrote original music and performed it for the Pixar film, which animated his fingers playing the piano. CREDIT: Disney/Pixar

“One of the first things he said to us was that he sees jazz as the newest form of music that there is because you’re literally making it up in the moment,” says Powers. He says Batiste pulled together the session musicians for a scene in the jazz club, matching up a real-life saxophonist who was a Black woman, a bass player who was an Asian woman, a drummer who was a younger Black man, with Batiste on the piano.

Powers says the film included a lot of Batiste’s ideas about jazz. “When Joe is speaking to his class and he tells a story about the first time that he ever heard a jazz musician play, that’s almost verbatim a story that that Jon told us.”

In the film, Joe Gardner reminisces about seeing a jazz musician improvising. “The next thing I know he floats off the stage. That guy was lost in the music and he took the rest of us with him.”

Batiste calls that “getting in the zone.”

“It’s just transcendent,” he says. “It’s almost as if everything that’s happening is aligned with the greater force controlling the universe. And God is just pulling the puppet strings, and the audience is in the same space, on the same frequency. That’s why we play. And I think that there’s something about that that is the closest to utopia that we’ll get to.” 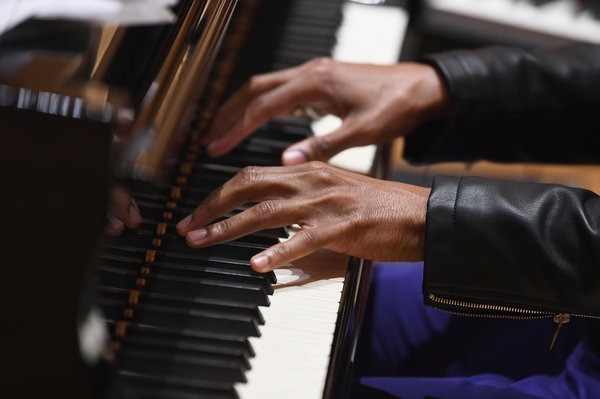 Batiste has been in the zone since before he was born. He comes from a long line of New Orleans musicians, including his father, Michael, a bassist who performed with Jackie Wilson and Isaac Hayes on the “Chitlin’ Circuit” in the ’60s and ’70s. His dad also co-founded the Batiste Brothers Band: seven brothers who played R&B, soul, funk and New Orleans music. He says his father was his first mentor, as was Alvin Batiste, the late clarinetist, “who taught everyone from New Orleans music over the last 40 years.” Add to that lineage “Uncle” Lionel Batiste from the Treme Brass Band, Milton Batiste from the Olympia Brass Band and his cousin Russell Batiste, Jr., who played with the Funky Meters.

“Wow, I mean, there are at least 30 of the Batiste relatives that are cousins of mine or my uncles,” he says. “It’s a rich family tradition, I’ll say.”

Batiste actually grew up just outside New Orleans, in Kenner, La. As a youngster, he played drums with the family band. At 11, he began playing the piano and by 13, he was playing professionally, with his friend Troy “Trombone Shorty” Andrews. He remembers them playing with the Rebirth Brass Band and sneaking into clubs to perform. After high school, Batiste studied music at Julliard. Shortly after he earned his undergraduate and master’s degrees in piano at Julliard, he performed on The Colbert Report. Then Stephen Colbert asked him to be the house band for The Late Show. 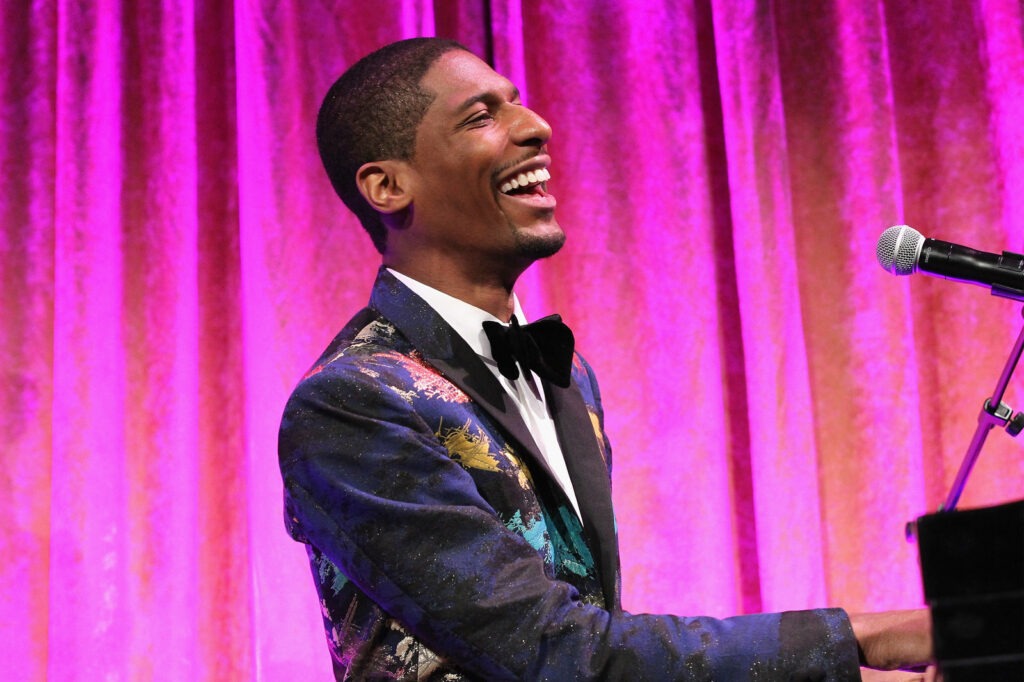 Besides leading his band Stay Human on the show, Batiste is also featured in comical video segments. The chemistry and admiration between Colbert and Batiste is frequently on display. “I’m proud to work with you,” Colbert told him on the show in June, just after Batiste led a peaceful and musical Black Lives Matter march through the streets of New York City. Thousands of people followed him like a pied piper, protesting police brutality with music and dancing.

“People reached out to me saying that really just gave me hope,” Batiste says.

Batiste continued themes of Black empowerment in his new album “We Are,” which comes out in March 2021. His new single from that album features his voice and those of his young nephews, and all 100 musicians of the Marching 100 from his alma mater, St. Augustine High School. Also the New Orleans Gospel Soul Children choir, and his grandfather, an elder at Union Bethel AME Church.

“My grandfather, David Gauthier is preaching on the record,” says Batiste.” He was the president of the Louisiana Postal Workers Union and led protest and organized around the sanitation strike with Martin Luther King, Jr. There’s just so much in the track that I felt like even if people don’t know the back story, they’re going to feel the vibrations in it.”

Batiste has many more projects up his sleeve. He’s up for two Grammy awards, and right now he’s proud to present Soul, a film he says has many lessons about finding life’s spark. He says one’s purpose isn’t to be famous or have money. “It’s found in the things that make us all unique and [there’s] never going to be another person like you in the world, ever,” he says. “You’re the only one. You’re one of a kind. And that’s beautiful.”