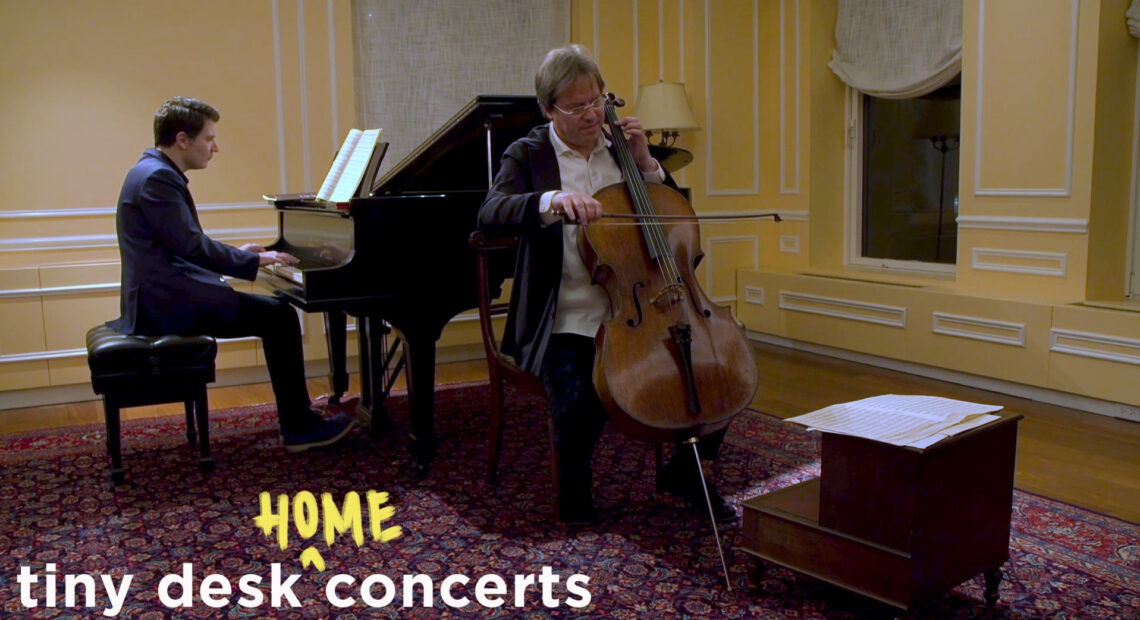 For this Tiny Desk (home) concert, we pay a visit to the doctor’s office. Actually, the venue is called Rare Violins of New York and it’s something of a second home to cellist Jan Vogler, who pops in frequently to have the experts give his 1708 Stradivarius cello a thorough checkup. If your multi-million-dollar fiddle has a cough or the sniffles, or even needs a full-blown restoration, Rare Violins, which sits just a block away from Carnegie Hall, can help. The firm also has a lovely music room, kitted out with a fine piano – something Vogler lacks at his place.

With help from the fine pianist Alessio Bax, Vogler makes a convincing case for Beethoven as one of the great heroes of the cello. Beethoven, whose 250th birthday falls this week, wrote five cello sonatas, plus other works for the instrument, which, before his time, was primarily relegated to beefing up the bass line in various chamber music situations.

Beethoven, in essence, liberated the cello. Listen to how it dances and struts in the opening scherzo from the Sonata in A, Op. 69, and how it sings sweetly in slow section from the 12 Variations on a Theme from Handel’s Judas Maccabaeus, from early in the composer’s career. And finally there’s the opening to Beethoven’s last cello sonata, which Bax — whose role is far more than just an accompanist here — says is compact with emotion, yet “stretches the boundaries” for the instrument.