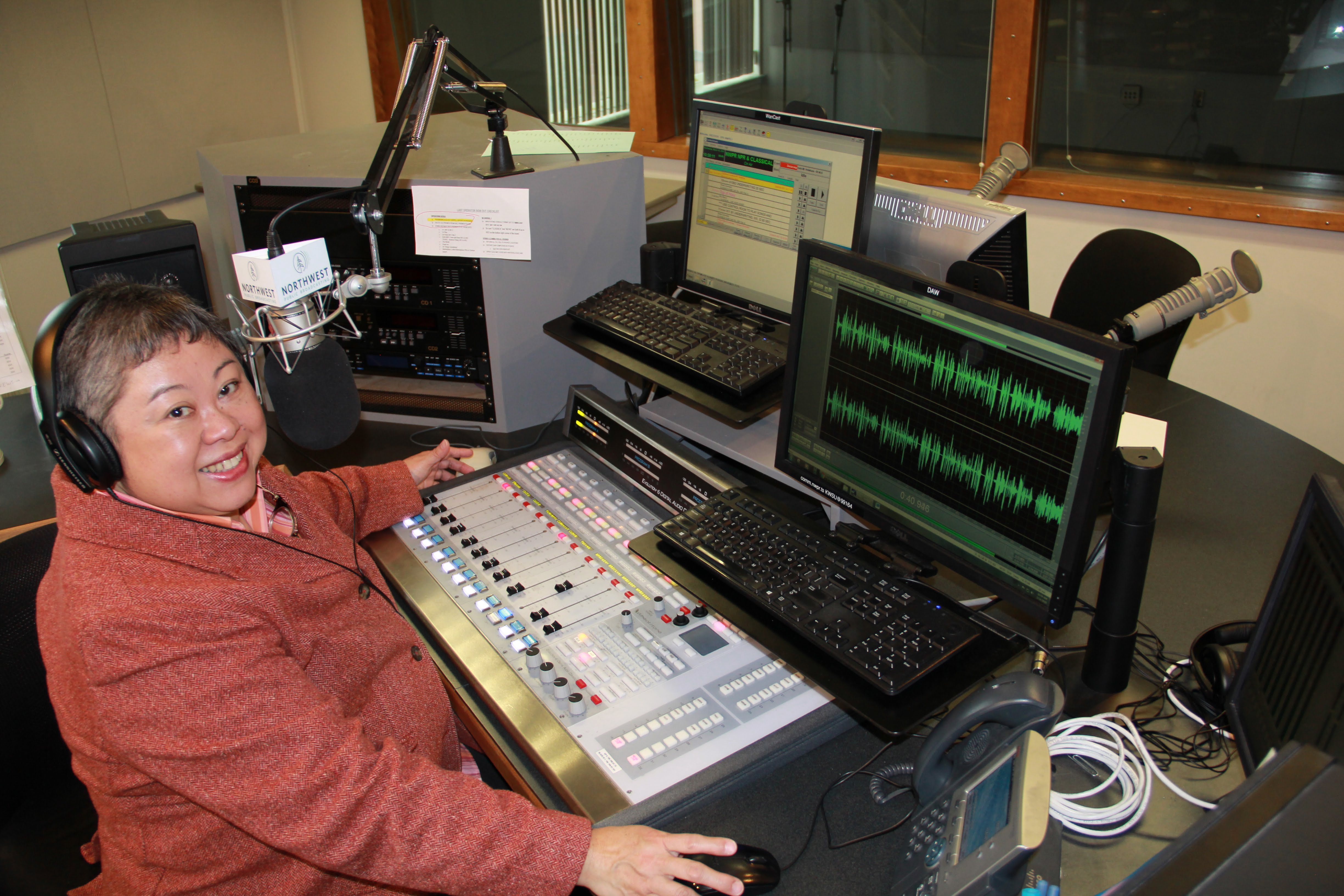 The above audio is an interview with Gillian Coldsnow about her early days with NWPB, her love of classical music, her appreciation of NWPB listeners and what she looks forward to in her new adventure.

There are few bosses who can be your supervisor, mentor, and friend…and Gillian Coldsnow is one of them.

As a supervisor, she has trained many to announce conversationally, to troubleshoot technical issues and combat lazy thinking. She expects and is able to bring out the best in those willing to learn. As a mentor, she has guided students who are now working in broadcasting with most in public media. As a friend, she has always been there to lend a hand and ear and to share a drink.

Soon after she hired me back in the late ’90s, I knew I didn’t want to disappoint her. I respected her and wanted to earn her respect. I often share with young announcers that while training, she was quizzing me on what the buttons on the board meant and how to record into the automation system. In mid-sentence she stopped and asked, “Are you alright?” while grabbing paper towels. My hands were sweating so badly they left prints on the board. Yes, I was fine. Not many people have challenged me to work my brain that hard…not since high school chemistry!

When I was in my early twenties, she noticed I struggled with being patient. So she taught me to bake bread. After I had my first child, Gillian learned to make Korean seaweed soup, which is traditionally fed to new mothers to help them recover. My Korean mother was overseas, so Gillian helped me during that time. When she noticed I was not engaged with work, she checked in with me on a professional and personal level…and that was before “self-care” was a thing!

Gillian likes to say that a program director’s priority is the care of the announcers. I speak for many of us when I say she cares greatly. The sound of NWPB has been created and sustained in large part because of Gillian.

She is headed to Colorado Public Radio, and I am excited for them to have her leadership. Yet, I will miss her and will work hard to continue the level of excellence she has set in place…hopefully without the clammy hands.