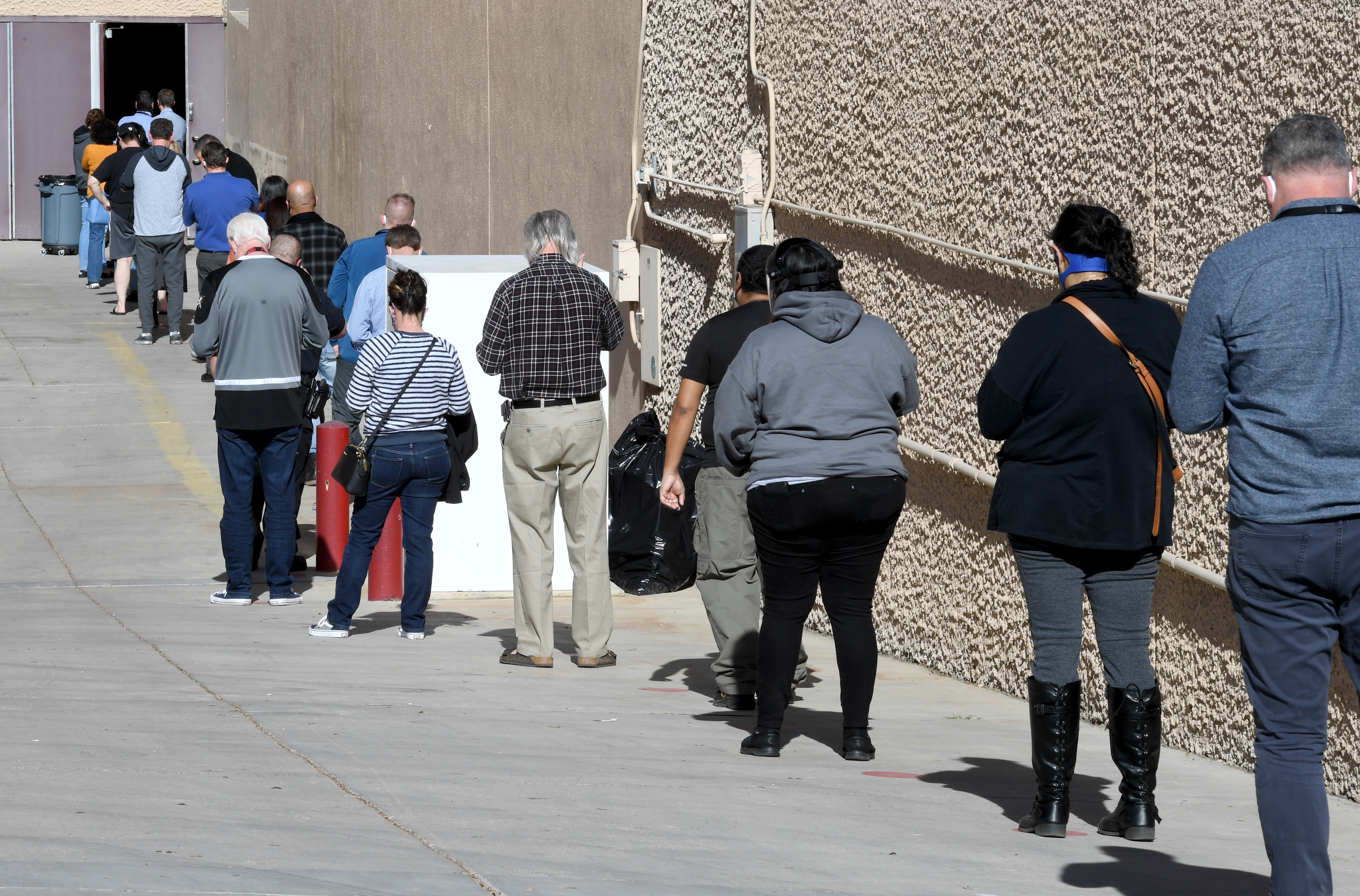 As the nation grapples with a slower-than-promised coronavirus vaccine rollout, one federal deal to increase factory capacity includes an unusual condition: the manufacturer would be allowed to earmark doses to vaccinate employees and their families, giving them an opportunity to skip the line that public health policymakers have been crafting for months.

Operation Warp Speed, the Trump administration’s push to make a COVID-19 vaccine available in record time, added $628 million to a federal contract with Emergent BioSolutions, a Maryland-based contract manufacturer, “to advance manufacturing capabilities and capacity for a potential COVID-19 vaccine as well as therapeutics,” the Department of Health and Human Services announced in June.

The company has also inked separate deals worth hundreds of millions of dollars to manufacture COVID-19 vaccine doses for AstraZeneca, Johnson & Johnson and Novavax, all three of which are part of Operation Warp Speed.

According to Emergent’s federal contract, the company can keep “a reasonable quantity of vaccines” to inoculate its “employees and critical subcontractors, and their respective immediate families.”

It’s a unique and ethically fraught clause that doesn’t appear in any of the other Operation Warp Speed contracts NPR has reviewed. Although the contract doesn’t explicitly state that the company will vaccinate its workers ahead of people at higher risk of COVID-19, it could have that effect. And extending vaccination to family members heightened concerns that the provision would mean delays for other people prioritized for immunization. 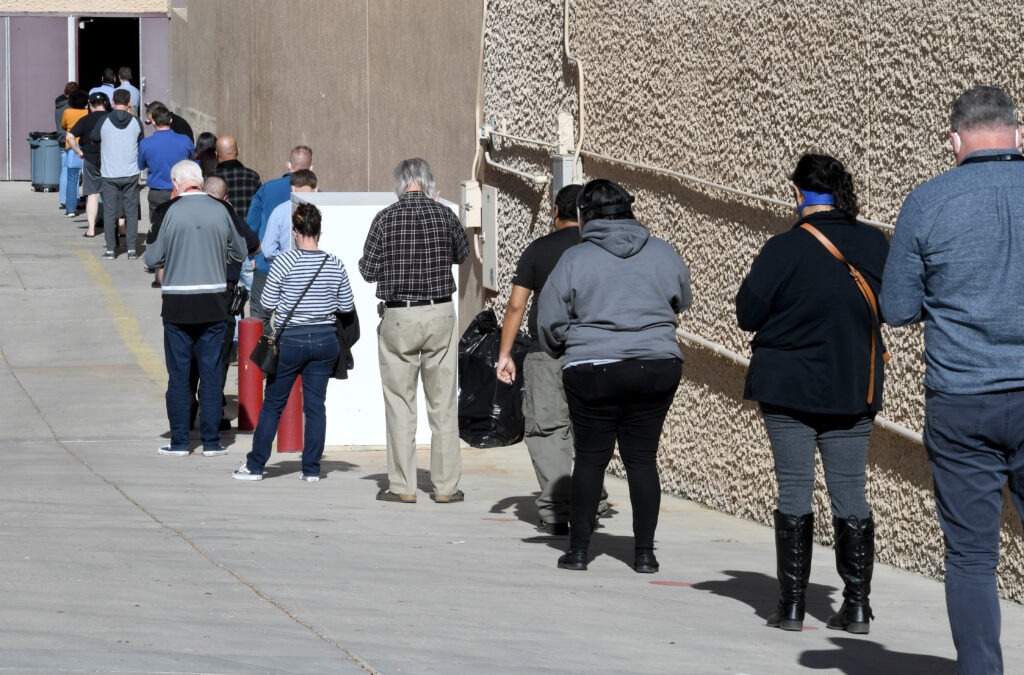 While vaccine manufacturers are no doubt essential, placing their workers in the highest risk group and allowing their families to get the vaccine at the same time they do is “problematic,” says bioethicist Ruth Faden, who directs the Berman Institute for Bioethics at Johns Hopkins University. She also serves as an adviser on COVID-19 vaccines to the World Health Organization’s Strategic Advisory Group of Experts.

“I haven’t … and that’s because it doesn’t pass an ethics smell test — as much as my heart breaks for the family members of health workers who have had to worry about what their loved ones are risking,” she says. There are “many more people” at greater risk, for whom a stronger ethical case can be made.

There’s a limit on how many doses Emergent can retain, but it’s been redacted from the document. The contract says the company will also have to pay for the doses.

When asked about the clause, the federal government and Emergent say company employees and their families won’t get to cut in front of other people in line for the vaccine.

“Vaccine manufacturers should coordinate with their state for any prioritization, according to the state’s plans,” a spokesperson for the Department of Health and Human Services told NPR in an email. The HHS spokesperson didn’t answer our question about how this part of the Operation Warp Speed contract came about.

“It is expected that Emergent’s employees will receive COVID-19 vaccines in accordance with the vaccine distribution plans of the states in which they reside,” says Emergent spokesperson Nina DeLorenzo.

The company didn’t answer NPR’s follow-up question: If that’s so, what’s the point of the clause in the contract at all? Emergent’s response was a restatement of the previous answer.

Based on a review of the contract clause, Ameet Sarpatwari, assistant director of Harvard Medical School’s Program on Regulation, Therapeutics and Law, says it is intended to allow employees and their family members to get vaccinated when the company wants, regardless of public health officials’ vaccine rollout queue.

“The only reason that clause is in there is that they considered the possibility of jumping the queue and it allows them the option of doing so,” he says, adding that Emergent’s insistence that it intends for its employees to wait their turn “doesn’t mean much.”

The Centers for Disease Control and Prevention’s Advisory Committee on Immunization Practices worked throughout 2020 to hammer out recommendations for who should get the COVID-19 vaccine and when. The CDC recommends prioritizing health care workers and residents in long-term care facilities before vaccinating front line essential workers like firefighters, for example. States then made their own plans based on the CDC’s guidance.

On Tuesday, the Trump administration said that states should immediately make COVID-19 vaccines available to everyone 65 and older as well as people with health conditions that might make them more vulnerable to COVID-19. That’s a change over previous recommendations to prioritize certain essential workers and people over 75 years old in the next phase of vaccination.

Sarpatwari says companies shouldn’t be able to use their contracts to “jump ahead in the queue” policymakers designed because “the decision as to who gets this scarce resource is already so ethically fraught.”

Emergent isn’t the only vaccine maker that has looked at ways for its staff and their families to get access to shots.

Moderna has a different plan for immunizing a range of employees and affiliates, though it doesn’t appear in the company’s Operation Warp Speed contract.

Moderna announced Dec. 29 that it would be vaccinating board members, employees, contractors and their adult household members “to provide an additional layer of COVID-19 protection” and “to reduce the risk of absenteeism and disruption due to a COVID-19 infection in an adult household member.” Participating is voluntary, paid for by Moderna and separate from the 200 million doses the federal government has already agreed to purchase.

“For transparency, the Company notified appropriate health authorities about the program in advance and is participating in all relevant monitoring and reporting obligations under the Emergency Use Authorization,” Moderna said in a press release.

Moderna employees will sidestep state vaccine prioritization plans. But instead of cutting the line, the company is creating its own separate line with a small number of additional doses not available to the general public.

“The supply is in addition to the commitments to the US, so the supply actually increases the capacity and number of individuals in [the] US who can be vaccinated, and in effect speeds up vaccination for those not in Moderna’s program,” Moderna spokesman Ray Jordan told NPR.

Public Citizen, a consumer advocacy group, first told NPR about the clause in Emergent’s contract. Zain Rizvi, a law and policy researcher focused on pharmaceuticals at the organization has been combing through the Operation Warp Speed contracts for months. This one was posted as part of an Emergent financial filing. Others have been harder to come by because the federal government has been slow to respond to public records requests.

“It just raises questions about the government deal-making process and what information the government is actually disclosing to the public as well,” Rizvi says. “I think it’s a perfect example of why the government needs to be much more transparent when it comes to the terms of its deals with these giant pharmaceutical corporations.”