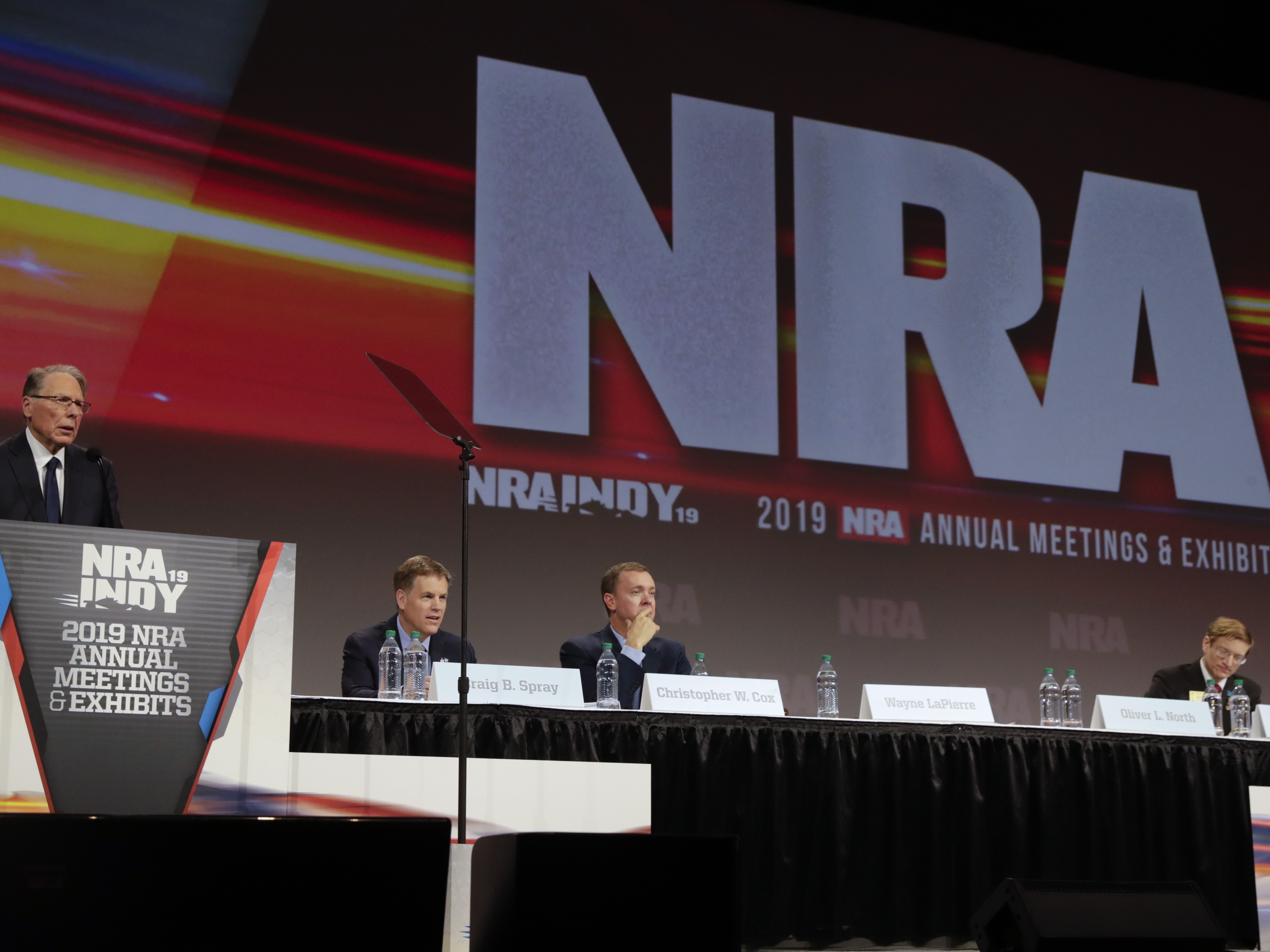 NRA Files For Bankruptcy Amid Fraud Suit In New York

The National Rifle Association filed for Chapter 11 bankruptcy in Texas on Friday as its current home, New York, pursues a fraud case against the organization.

The NRA was founded in New York in 1871 and has since presented itself as a defender of Second Amendment rights. The NRA attributes the move to Texas to a “corrupt political and regulatory environment” in New York.

New York Attorney General Letitia James filed suit to have the NRA dissolved in August. She accused CEO Wayne LaPierre and other senior staff with diverting millions of the nonprofit group’s dollars to luxury vacations, private jets and more. James called for the funds to be returned and the executives to be prohibited from serving on any not-for-profit in New York ever again.

The National Rifle Association’s annual meeting in 2019 in Indiana. The NRA filed for Chapter 11 bankruptcy Friday, saying it aims to reincorporate as a nonprofit in Texas and leave New York, where the state has filed a fraud suit against it. CREDIT: Michael Conroy/AP

“This is a transformational moment in the history of the NRA,” LaPierre said in a statement. He said the NRA is “dumping New York … at a time when the NRA is in its strongest financial condition in years. ”

James vowed to hold the nation’s largest pro-gun organization accountable. “The NRA’s claimed financial status has finally met its moral status: bankrupt,” she said on Twitter. “While we review its bankruptcy filing, we will not allow @NRA to use this or any other tactic to evade accountability and my office’s oversight.”

The organization said the move to Texas would “enable long-term, sustainable growth and ensure the NRA’s continued success as the nation’s leading advocate for constitutional freedom – free from the toxic political environment of New York. ”