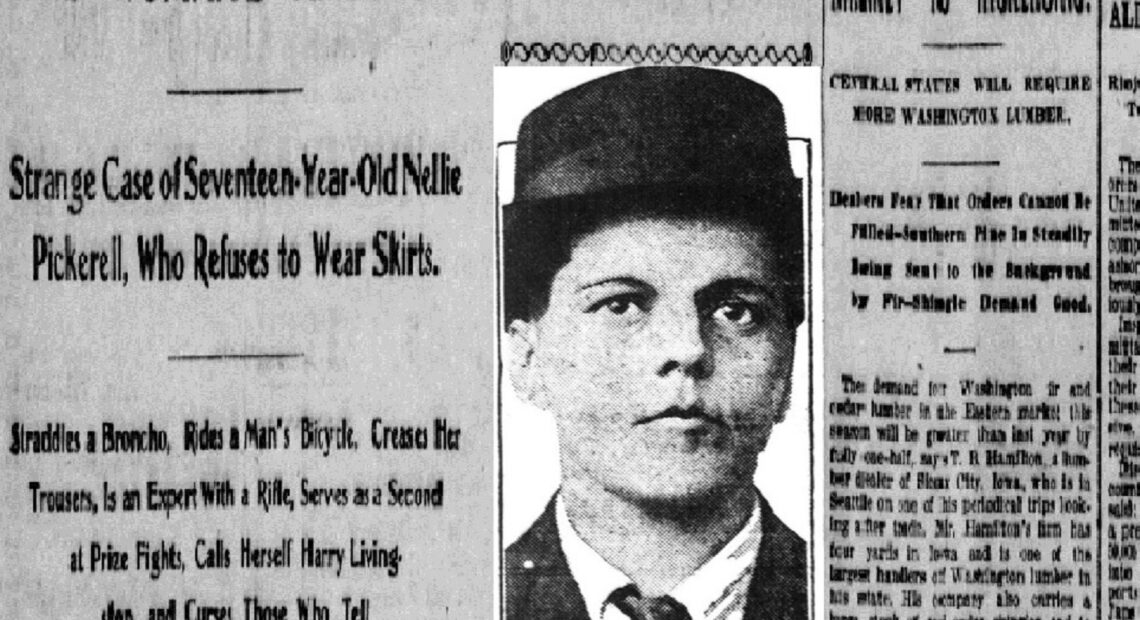 In 1912 police in Portland, Oregon raided a rooming house and nabbed two recent arrivals from Seattle, Harry Allen and his companion, a known sex-worker, Isabelle Maxwell. They suspected white-slavery, something recently criminalized by federal law—the Mann Act. Allen endured fierce questioning by authorities until the arrival of Charles Pray, a federal officer. 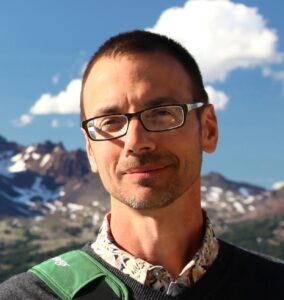 Within moments, Pray recognized Allen, whom he first saw a few months before in Spokane, where Allen was arrested for selling alcohol on an Native American reservation —  also a federal crime. Pray knew Allen’s given name. When he called the prisoner by it, Allen broke down. “I am not a white slaver,” he sobbed, “…and I am not Harry Allen. I am Nell Pickerell, and I have been posing as a man for more than 12 years.”

The shocking revelation dumbfounded the local authorities; they claimed the suspect’s disguise had been perfect, complete with “long stride and basso voice.” Federal authorities soon dropped the white-slave charges. But the Portland court, in lieu of an ordinance that criminalized the wearing of clothes more appropriate to the opposite sex, convicted Allen of vagrancy and sentenced him to 90 days in the city jail. 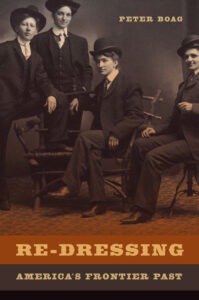 Today we would recognize Harry Allen as trans. That term and concept did not exist in 1912, but there were many people in the past who had been assigned one sex at birth, but later in life transitioned to the sex that they more readily identified with.

Harry Allen was born in 1882 in Indiana and moved with his parents to western Washington in the 1890s. Allen gave give birth to a son in 1898. The boy seems to then have been raised by Allen’s parents. It was in about that year when Allen chose to transition permanently to a man, though he long identified as such.

Allen traveled constantly around Washington and Oregon in search of employment, which he found as a longshoreman, a bronco buster, a barber, and a bartender. When his infamy caught up with him, he moved on. But he persisted in who he was, even as his story spread via wire service to newspapers across the country. In 1908 a paper carried an apocryphal story, with illustrations, of two Seattle women who had fallen in love with Allen and who supposedly committed suicide once they discovered Allen was not who they thought him to be. The story was really pegged as a cautionary tale about women who fell in love with women. 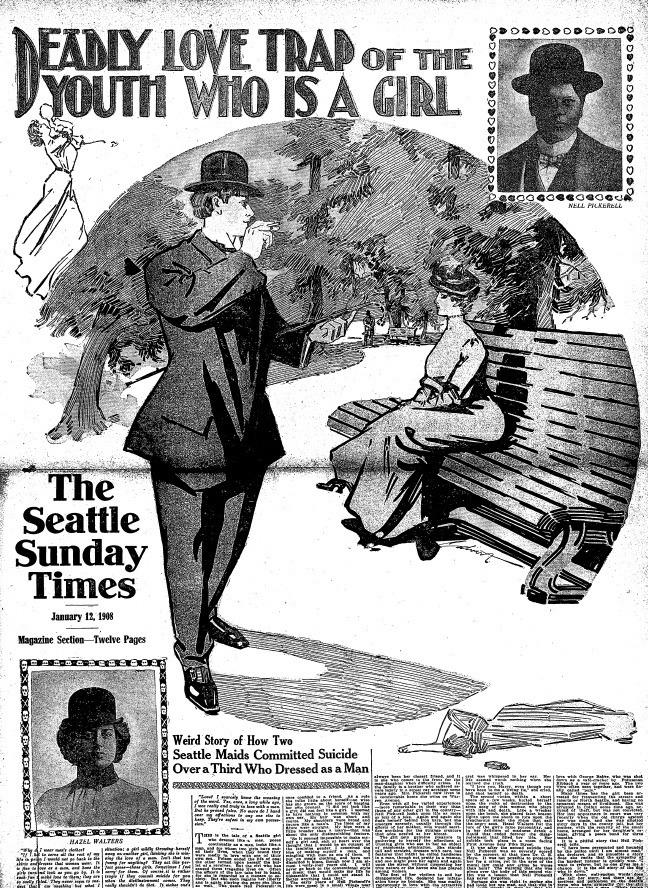 Today in Washington, trans people can change the sex on their state-issued birth certificates. They may also use public restrooms that correspond with their identity. Anyone in the state, thanks to the trans rights movement, can have an X rather than an M or F placed on their birth certificate and driver’s license.

These advancements are of prime importance for trans people’s — and all people’s —  — rights, safety and dignity as human beings. To have examples of people from the past who had trans identities, resisted social convention, and endured incredible difficulties, gives strength and hope to people today.

Allen died in Seattle in 1922 at 42 years of age from syphilitic meningitis. Several local newspapers carried the story. He was cremated, but what became of his ashes, I do not know.