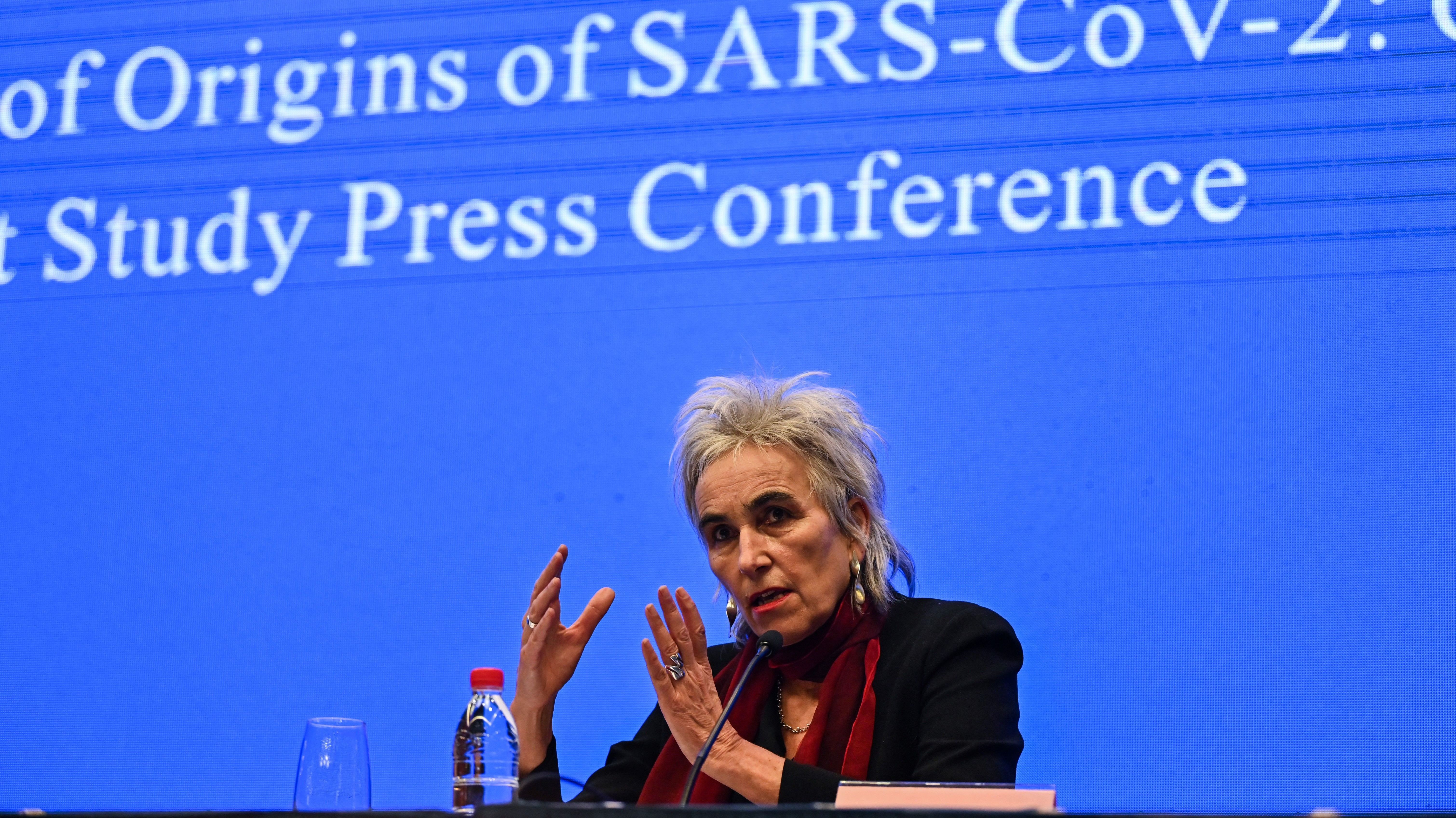 After traveling to Wuhan, China, a team of researchers from the World Health Organization is readying a preliminary report on the origins of the coronavirus.

Wuhan is where the virus was first reported in December 2019.

The WHO team’s main public conclusion so far is that it’s “extremely unlikely” that the virus originated in a lab in Wuhan. The scientists think the virus most likely started in bats, then jumped to other animals, then to humans. 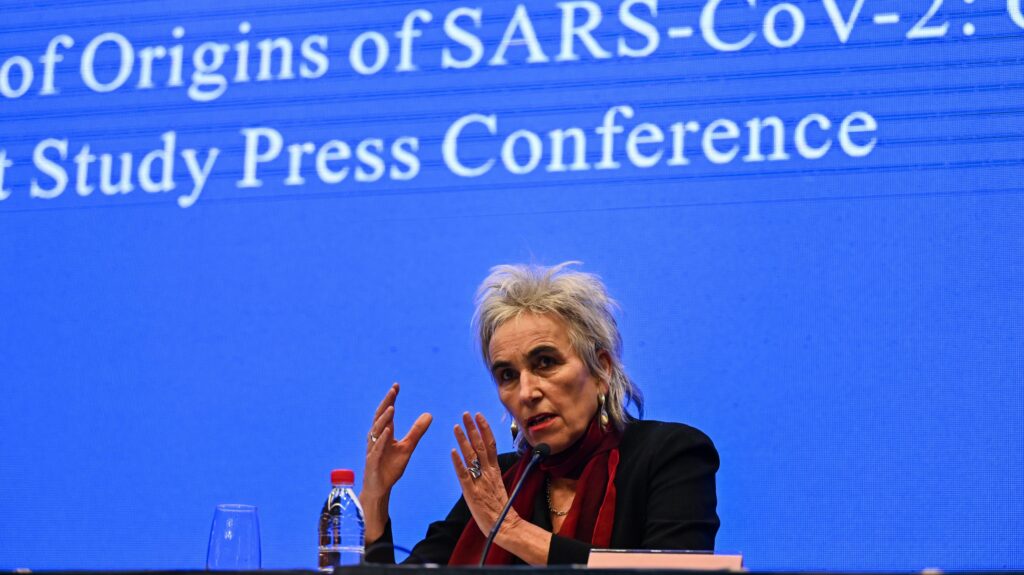 Marion Koopmans was part of a WHO team that traveled to Wuhan to investigate the start of the coronavirus pandemic. She tells NPR that the Wuhan seafood market was “not the whole story.”
CREDIT: Hector Retamal/AFP via Getty Images

Dutch virologist Marion Koopmans was part of that team that “reconstructed every step in that initial outbreak” in two weeks of investigation.

The team said the pandemic did not start at the city’s Huanan Seafood Market, which was a location of an early coronavirus outbreak, because the virus was already circulating beforehand.

Koopmans talked with Steve Inskeep on Morning Edition about what her team found in Wuhan. Here are excerpts:

[Was] the market the place where the virus made the leap from animals to people?

And this is a long way of saying we really don’t know. So the market has amplified. But even if you then have a case that has not [been] linked to the market, because of this stealth mechanism of spread, it can still be linked somehow, because someone picked up an infection from another person that was at the market.

Other markets, that’s clearly there. And what we have recommended is really to [trace] back from those markets, follow the supply chains, go to the farms, see where they are. And that’s already done. That will be in the report. Those supply chains do lead to regions where there’s also the hotspot for the bat coronavirus. So that’s a line to follow.

You probably also are hinting at the laboratory hypothesis.

I’ll just raise it because people raised it. Is there any evidence or can you rule it out?

So from everything that we’ve looked at and we’ve also visited three labs involved and also three labs that work on these viruses. From that, we have not been able to find any credible link there.

How open and transparent were the Chinese once they let you in?

This is a topic and a mission. There are sensitivities around it … big political tensions that are around it. And that’s something you cannot completely avoid in a situation like this. But once we got out of our quarantine, got into the face-to-face meetings, I think we’ve managed to get into real good scientific exchange with stiff discussions here and there, because [people] start from different backgrounds and different views. But I tell everyone, wait and read the report and let’s discuss then. But I think we managed to get a good outcome of this meeting. I think it was in that sense quite successful.

Is there anything that you think is necessary to know that you don’t have access to?

Not really. So if you say, did the Chinese colleagues hand over the complete raw data files? No, they did not. But then again, I did not expect that in a mission like this. So we’ve seen a lot of information. We’ve been given a lot of information. We’ve had access to the people working on the data, aggregating the data, looking at what exact questionnaires that they used, what does the data file look like. To me, that is quite extensive data access.