Washington state is expected this week to surpass 5,000 deaths from the coronavirus this week, almost exactly a year after the first known virus death was recorded in the U.S.

The state reported 475 new confirmed cases and 13 more deaths Monday, which brought Washington’s totals to 339,773 total known infections and 4,969 deaths from the virus.

Tim Killian, a spokesman for Life Care Center in Kirkland, Wash., prepares to give a daily briefing to reporters in February 2020 after the first identified U.S. outbreak there killed multiple residents. CREDIT: Ted S. Warren/AP

The first confirmed coronavirus death in Washington — and the U.S. — was announced on Feb. 29, 2020. The man was in his 50s and had an underlying health condition. (A subsequent investigation showed the first known death in the U.S. had occurred several weeks earlier in California.)

But state health officials are hopeful thanks to a recent consistent decline in deaths and the scaling up of vaccinations, The Seattle Times reported. A mass COVID-19 vaccination site at the Lumen Field Event Center in Seattle will open in March and authorities hope it will eventually be able to administer about 21,000 shots a day.

Near the end of January, the seven-day rolling case average had dropped from about 38 deaths per day to roughly 15 a day, according to data provided by the state Department of Health.

“I’m cautiously optimistic that we’re going to continue the trend that’s decreasing — and if we can stay ahead of the variants with vaccines and good measures, we’ll continue to improve,” said Peter Rabinowitz, a University of Washington professor of environmental and occupational health sciences.

Despite the encouraging data, Rabinowitz said there are still challenges. For example, public health officials nationwide still have not determined how best to keep the virus from disproportionately infecting certain groups, especially communities of color, he said.

In Washington, confirmed or probable case rates for Native Hawaiian, Pacific Islander and Hispanic populations are about four times higher than for white and Asian populations, according to a state health department report published last month.

A state health department spokesperson told The Seattle Times last month that officials are still investigating the race-related virus data and have not come to any conclusions. 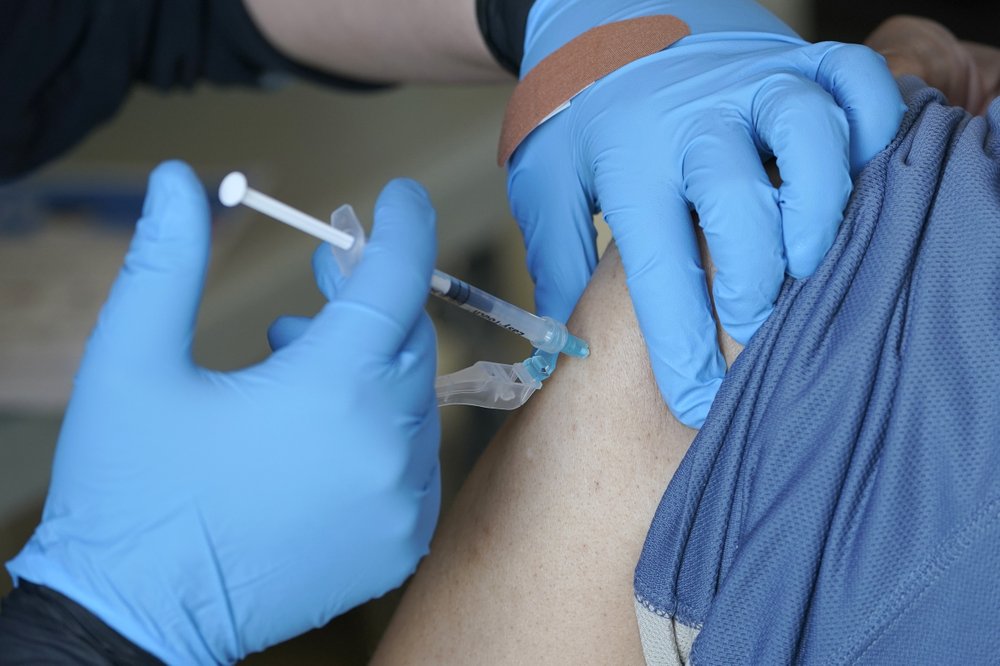 Kristin May, an EMT with the Seattle Fire Dept., gives the first dose of the Moderna COVID-19 vaccine to a patient at a City of Seattle community COVID-19 testing and vaccination clinic in Seattle’s Rainier Beach neighborhood in February 2021. CREDIT: Ted S. Warren/AP