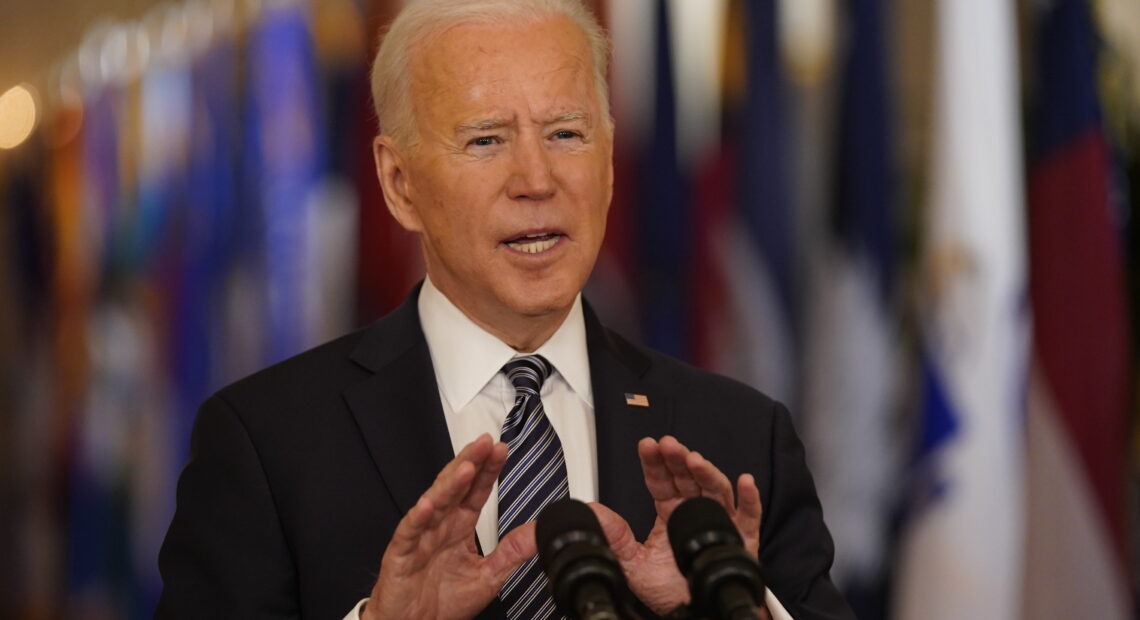 President Biden is aiming for the country to begin to find a degree of normalcy and begin to move on from the coronavirus pandemic by the July 4th holiday, Biden announced in his first prime-time address Thursday night from the White House on the one-year anniversary of the pandemic.

Biden stressed he was not calling for gatherings of large groups, however, and he warned that getting there would take work by all Americans, continuing social distancing, wearing masks and getting vaccinated.

“I need you,” Biden stressed, calling for Americans to come together in unity of purpose and describing his approach as a putting the country on a “war footing to get the job done.”

Biden’s administration will be directing states, tribes and territories to make all American adults eligible by then, according to senior administration officials.

As part of that expansion, the White House will make shots available at more pharmacies and federally run mass vaccination centers.

Additionally, Biden is expected to increase the number of vaccinators, broadening the pool of those qualified to give shots to include dentists, paramedics, veterinarians, medical students and others.

He added, “At this very moment, so many of them, our fellow Americans — they’re on the front lines of this pandemic trying to save lives and still, still they’re forced to live in fear for their lives just walking down streets in America. “It’s wrong. It’s un-American. And it must stop.”

Former President Trump derisively referred to the coronavirus as the “China Virus,” including in a statement Wednesday.

Biden’s speech was not just on the one-year anniversary of the pandemic being declared one by the World Health Organization, but it also came on the same day Biden signed a massive $1.9 trillion COVID relief plan into law. 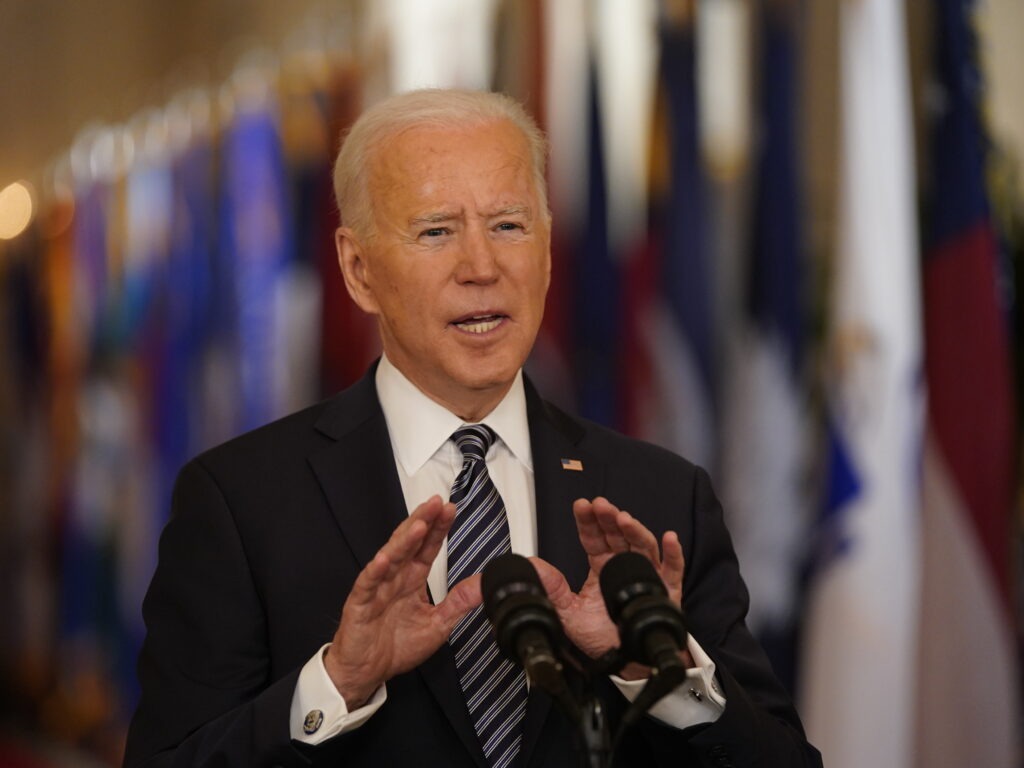 He touted the bill and some of what he believes it will do to help the country, but he notably did not call out Republicans for not supporting it.

Also, without naming him, Biden was sharply critical of former President Trump’s handling of the pandemic and what he inherited from the Trump administration. Biden said the country a year ago was “hit with a virus that was met with silence” and “denial.”

Biden said when he took office, the country “didn’t have enough nearly enough” vaccines, but noted it soon will, noting the purchase of hundreds of millions of the three vaccines now in use.

Biden mourned the more than 520,000 who have died from the virus, noting that more Americans have now died from COVID-19 than in World War I and II, the Vietnam War and from the attacks on 9/11 combined.

He described a nation’s “collective suffering” and “collective sacrifice,” but painted a picture of the country seeing a light at the end of a tunnel.

“In the loss we saw how much there was to gain,” Biden said, adding that “finding light in the darkness is a very American thing to do. It may be the most American thing we do.”

Biden, who has spent nearly his entire adult life in public office as senator, vice president and now president, also made a case for the good government can do in difficult times.

“Put trust and faith in the government to protect its people,” the president said. “Government isn’t a foreign force in a distant capital. It’s us; it’s all of us.”

Conservatives have demonized government for decades as bloated, inefficient and as an impediment to economic success.

“Government is not the solution to our problem; government is the problem,” former Republican President Ronald Reagan said in his first inaugural address.

It was a speech and an ideology that permeated not just that speech and Reagan’s presidency, but marked a bright line and solidified an ideology for generations of conservatives to come.

Facing reelection and a Republican-run House that threatened to thwart his legislative efforts, Democrat Bill Clinton professed in his 1996 State of the Union address: “The era of big government is over.”

What Biden did was notable, because few politicians since have made a strong case in favor of government doing more, as public trust in government has eroded significantly since the mid-20th Century.

Biden has made confronting the coronavirus the top priority for his administration — and according to a recent NPR/PBS NewsHour/Marist poll, a majority of Americans approve of how he has handled the pandemic so far. That includes 30% of Republicans and 22% of Trump supporters surveyed.

Since vaccine distribution began in the U.S. in December, more than 93 million doses have been administered, reaching about 18.4% of the U.S. population. Last month, the Food and Drug Administration authorized emergency use of a third vaccine option that requires just one shot.

In January, the White House announced its American Rescue Plan, a $1.9 trillion relief package that aims to bolster the country’s recovery from the pandemic. On Wednesday, Congress gave final approval to that legislation, which will send a new round of financial support to Americans in the form of direct payments, extended unemployment benefits and an expanded child tax credit.

The bill, which Biden signed on Thursday, also directs funding to schools, businesses and vaccine distribution.

Republican lawmakers universally opposed the plan in the House and the Senate, criticizing the proposal as a Democratic wish list with few provisions related to COVID-19. Meanwhile, Democrats have praised the bill’s potential to create a new social safety net.

Whether Americans feel the effects of the relief package over the next few months will be crucial for Biden’s presidency as the pandemic continues to present major challenges to American life. The White House has laid out an extensive travel schedule for Biden, Vice President Harris and their spouses next week as part of what they are calling the “Help Is Here” tour to promote the package.

As of Wednesday, the U.S. had reached almost 29 million cases of COVID-19, according to the CDC. And as of last week, there were still 9.5 million fewer jobs in the economy than at this time last year.

The president’s prime-time address follows an emotional remembrance he held last month to memorialize the country’s 500,000 victims of COVID-19.