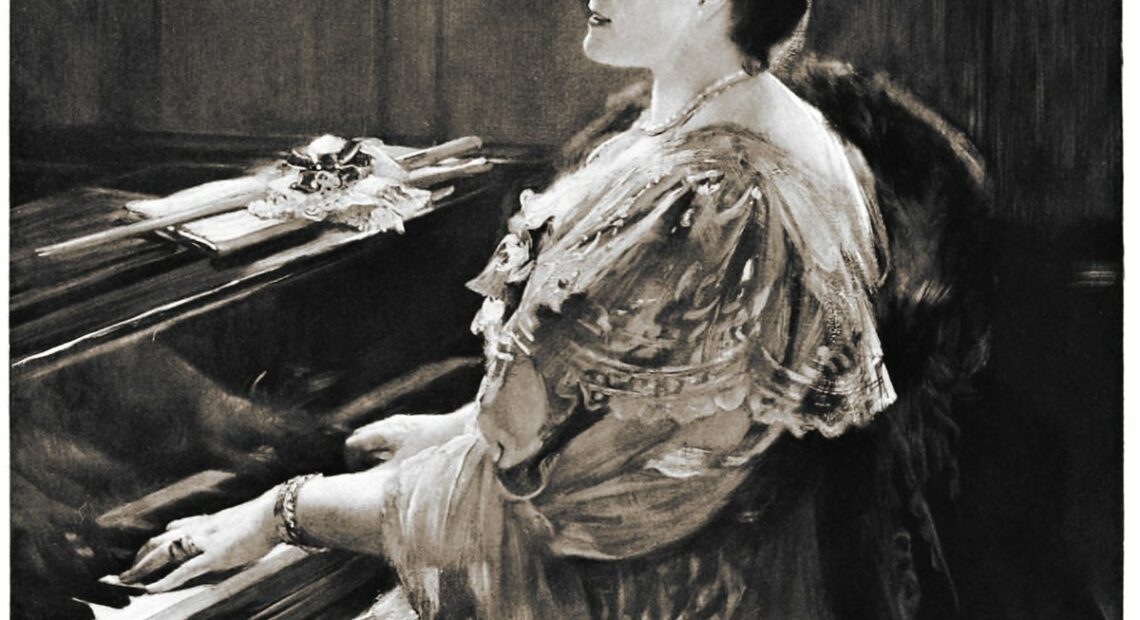 Before long, she created her own women’s string orchestra and became its conductor.  She made waves in England and overseas, with society papers everywhere hungry to talk about her. She even invited by Barnum and Bailey to give a performance in America .

After she was already well-established and incredibly popular, she called on a friend to write a piece of music for her and her orchestra – the friend was Hubert Parry. And his beloved Lady Radnor’s Suite cemented her place in music history.

She also used her popularity for good – raising money for various causes and giving free concerts around London.

Lady Radnor’s orchestra grew to over 80 members and frequently included a 100 member chorus at the end of its 15 years of delighting the world. Even after she stopped her public performances, she left in her wake many successful women’s orchestras to continue her legacy.

Lady Radnor has frequently been described as “unique” over the years – a word she no doubt earned by disregarding norms for ladies and paving her own way.