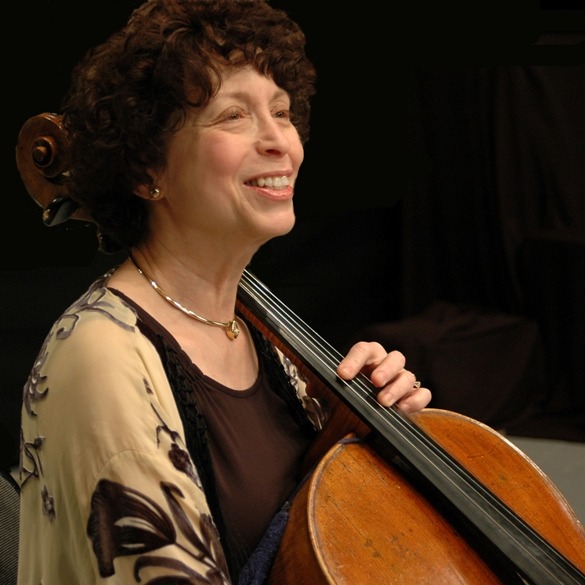 The chamber music impresaria Toby Saks became a legend in the music life of the Pacific Northwest.  She began her career in New York: she earned awards as a teenage cellist; she played in the New York Philharmonic in her 20s. She moved out west to join the faculty of the University of Washington School of Music, and soon gathered a group of classical music supporters to launch the Seattle Chamber Music Festival.

For over 30 years, Saks inspired and coached, performed with and nurtured outstanding performers from across the world, bringing them to Seattle for its glorious long summer days of sunshine and joyous audiences, seated outside or tucked into casual chairs. The summer festival would grow into a midwinter festival, the concerts on the lawn would move to Benaroya Hall, but Saks’s joyous spirit infused every concert. Her own home would be the festival’s clubhouse: musicians would rehearse, relax, and enjoy beautiful food together as “Mama Tobs” made sure they had what they needed.

Always on the lookout for promising chamber music talent, she took pride in building the next generation of masters of the art. Saks was especially thrilled to bring on board the performer who would become her successor as artistic director in Seattle, the Canadian violinist James Ehnes.

Her legacy includes the Orcas Island Chamber Music Festival, created by the violist Aloysia Friedmann, one of the thousands of students Saks mentored. Friedmann, too, created a festival with great food, stellar performers, and an all-around good time.

Saks’s secret to a successful concert? She would answer like a good chef: “You know, creamy, crunchy…,” something easy, something surprising, something sweet at the end. Toby Saks: a legendary Northwest music history-maker.