What’s With The Radio Silence Treatment? 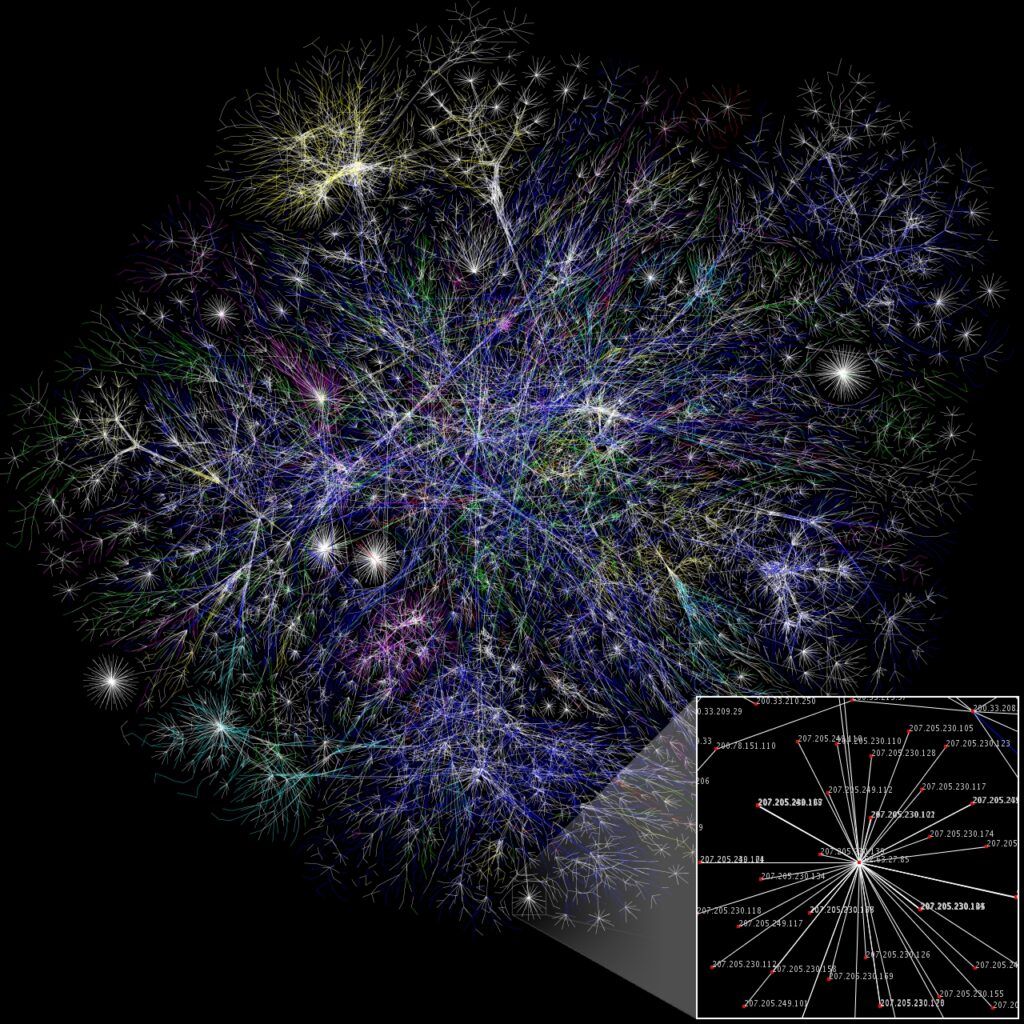 Partial map of the Internet based on the January 15, 2005 data found on opte.org. Each line is drawn between two nodes, representing two IP addresses. The length of the lines are indicative of the delay between those two nodes. Photo from Wikimedia Commons.

Let’s answer those questions about NWPB and learn why things are different right now, temporarily. Please, know that we are not satisfied with the quality of our broadcasts and are working every day to resolve these issues.

On February 27, NWPB moved our satellite uplink source from Colorado Public Radio to NPR in Washington, D.C. When NWPB changed locations, we also changed audio delivery technologies. Previously, NWPB was on a physical buried line – one single wire – delivering audio to Colorado. While that had a large data capacity, it also had many weaknesses, chief of which were backhoes and diggers, digging up the line.

The satellite uplink switch to NPR in Washington, D.C. also changed the audio delivery path. Now NWPB connects with NPR, using internet-based audio delivery. While it’s more reliable, there is less capacity for data delivery because it’s a more crowded network. As a result, NWPB radio is delivered to you at a lower quality. NWPB will, however, be expanding that capacity by adding a second internet service soon. With that additional internet service, we hope that the sound quality will improve.

For the team at NWPB and NPR, this process took almost a year and had many components, new hardware, connections, and even an internal app development project. All pieces work as intended – despite the the lower audio quality and brief silences. These are short term obstacles on the path to providing you, and other listeners, with long term benefits of the more robust delivery system:
1. More efficient use of donations as the new system is less expensive.
2. Fewer long-term system-wide outages.
3.  Several backup systems added with NPR’s network, meaning a more stable, reliable audio delivery.

Overall, the project thus far has been successful in the fact that we have changed our entire audio delivery system, and changed satellite uplink sites, AND developed an internal app within a year – during a pandemic, nonetheless!
And it’s thanks to all our listener members for their donations. Your donations are at work in many, many ways – sometimes behind the scenes, making big changes to NWPB’s technical infrastructure.

Thank you for your patience and support during this time of transition.