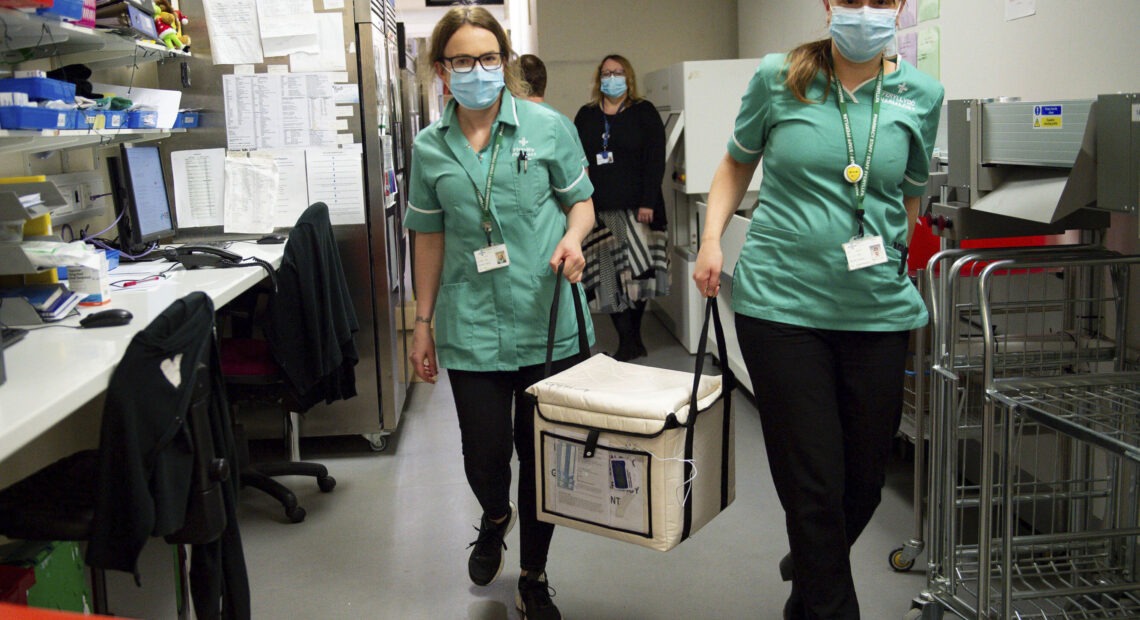 A more easily spread coronavirus variant first identified in England last year has now become the dominant strain in the U.S., the head of the Centers for Disease Control and Prevention said Wednesday.

The variant, known as B.1.1.7, spread quickly across the United Kingdom and Ireland beginning last fall, with the more infectious version of the coronavirus thwarting restrictions and lockdowns that had earlier helped keep the original strain in check.

B.1.1.7 is “now the most common lineage circulating in the United States,” CDC Director Rochelle Walensky said at a White House media briefing on Wednesday.

The announcement comes as the number of cases — particularly among younger Americans — has been on the rise in the U.S., fueling fears that the nation may be facing yet another deadly surge.

Walensky said that the newer strain has been shown to be more transmissible among younger people and that new outbreaks in the U.S. have been linked to youth sports and day care centers. 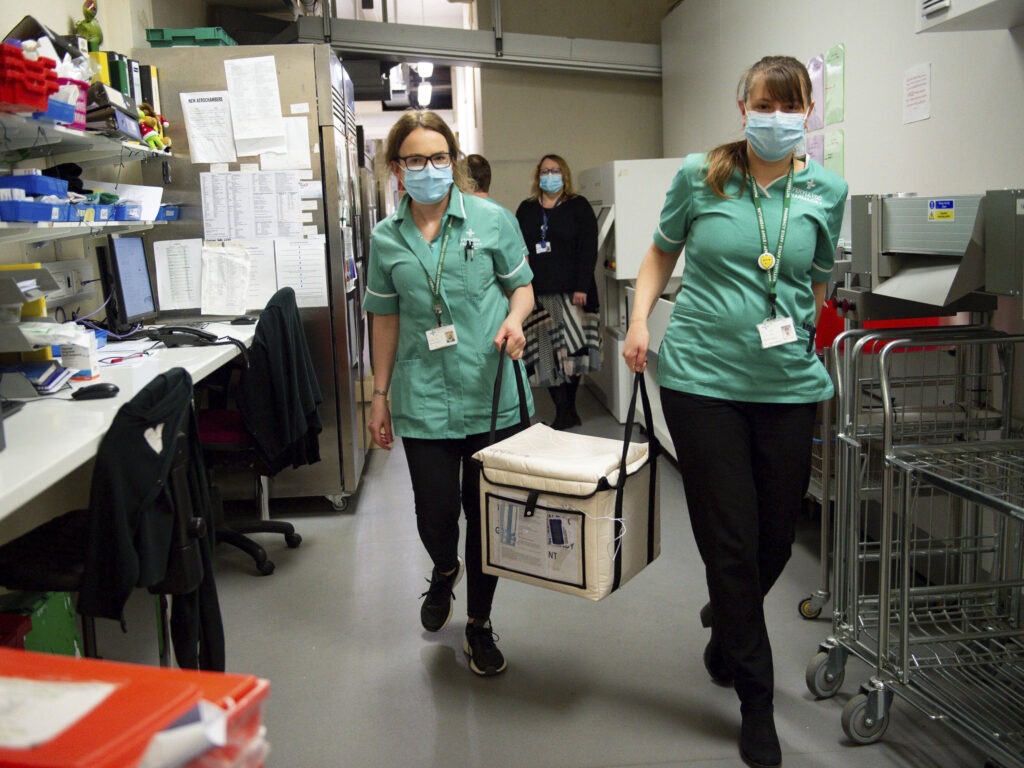 On Wednesday, pharmacists at the West Wales General Hospital in Carmarthen, Wales, transport a cool box containing the first batch of Moderna vaccines being distributed in Britain.
CREDIT: Jacob King/AP

She urged people not to let their guard down and to get vaccinated as soon as possible. She said that communities and states with high levels of transmission need to curtail or suspend sports activities for younger participants to contain the spread of the new strain. She also said large events in affected communities needed to be curtailed.

“The virus still has a hold on us,” she said. “We need to remain vigilant.”

The CDC warned in January that B.1.1.7 would likely become the dominant strain of SARS-CoV-2 — the coronavirus that causes the disease COVID-19 — in the U.S. by the end of March.

Based on evidence gathered in the U.K., “it was predicted that this SARS-CoV-2 variant would dominate the USA within a matter of weeks. The prediction was indeed correct, and confirms that the work done in the UK was excellent,” Jeremy Luban, a biochemist at the University of Massachusetts Medical School, said in an email to NPR.

Studies have suggested that the variant is about 50% more transmissible than the strain of the coronavirus first identified in China in December 2019.

Luban said that this could explain the sudden increase in cases in the United States.

“That being said, the more likely problem is that many states have opened up restaurants and other public indoor spaces, places where transmission rates are highest,” he said.

The fact that the B.1.1.7 strain is more easily spread gives it the potential to kill more people.

“If you then crank that exponential growth up to a steeper curve, you very quickly start infecting many, many, many more people than you would have beforehand,” epidemiologist Emma Hodcroft at the University of Bern in Switzerland said in January.

There is also evidence that this variant makes people sicker, says William Hanage, a professor of epidemiology at Harvard University.

Hanage said it was “inevitable” that the B.1.1.7 variant would become the dominant strain in the U.S. but expressed some optimism about the timing.

“[A]t least this is happening at a point when we have a decent amount of vaccination even if it is nowhere near enough to control B.1.1.7 on its own,” he wrote in an email to NPR.

Hanage said two factors were driving down the mean age of hospitalizations in the U.S.: “the first is that older adults are vaccinated and so less likely to wind up in hospital.”

The second factor, he said, “is that the younger age groups now being infected with B.1.1.7 are more likely to have severe disease, because the variant is more virulent.”

The U.S. leads the world with nearly 31 million confirmed coronavirus cases since the start of the pandemic, with 556,000 deaths due to COVID-19.