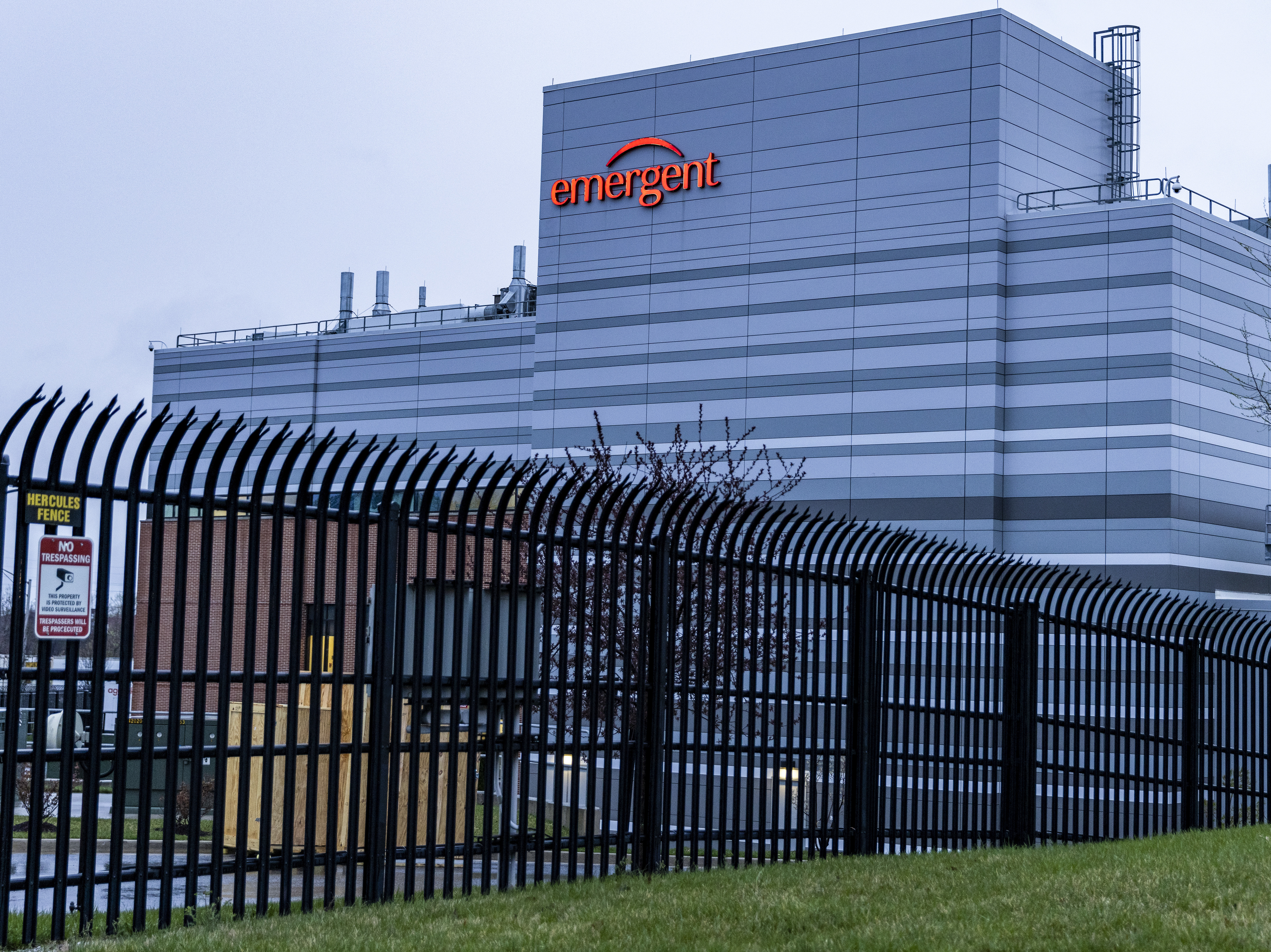 All of these were problems noted by U.S. Food and Drug Administration inspectors at the Emergent BioSolutions factory in Baltimore – a facility that is intended to produce materials for the Johnson & Johnson COVID-19 vaccine. That plan is on hold, following a problem last month with a batch of a vaccine ingredient there, and now a range of documented issues at the facility.

The Emergent factory does not yet have FDA authorization to be part of the coronavirus vaccine supply chain, but was ramping up to be.

The FDA initiated an inspection of the company’s factory in Baltimore’s Bayview neighborhood on April 12. Four days later, the agency asked Emergent to stop manufacturing any new material at the facility, and to quarantine all existing vaccine substance already made there. The company complied, pending results of the inspection and any necessary remediation.

The results of that inspection were released Wednesday by the FDA, and they aren’t pretty. The FDA’s inspection report listed several troubling observations from visits to the facility and its review of video footage.

The inspection found that Emergent had not thoroughly examined what had led to the documented cross-contamination episode in March, and “did not include a thorough review of personnel movements in and around the facility as a potential source of contamination.”

“There is no assurance that other batches have not been subject to cross-contamination,” the report stated.

Some of these problems, such as inadequate training of employees, may take considerable time to fix.

Emergent said in a statement on Wednesday that it is “committed to working with the FDA and Johnson & Johnson to quickly resolve the issues identified. … While we are never satisfied to see shortcomings in our manufacturing facilities or process, they are correctable and we will take swift action to remedy them.”

In an earlier statement on Monday, as it filed a notice with the U.S. Securities and Exchange Commission that it was pausing production at the Baltimore facility, Emergent said that it recognizes “the confusion these recent events may have caused our customers, our employees, and the public. We are steadfastly committed to full compliance with the FDA’s strict requirements. We acknowledge that there are improvements we must make to meet the high standards we have set for ourselves and to restore confidence in our quality systems and manufacturing processes.”

The administration of Johnson & Johnson COVID-19 vaccine in the U.S. was already put on hold last week due to concerns about a very rare blood clotting disorder that was found in a small number of people who had received the vaccine. Six cases were identified out of nearly 7 million administered doses.

The FDA said Wednesday that “it is often in the public’s best interest that the FDA work with firms to quickly resolve compliance matters to ensure that the public has access to medical products that meet the agency’s high standards for quality, safety and effectiveness.”

“We are doing everything we can to ensure that the COVID-19 vaccines that are given to the people of this nation have met the agency’s high standards for quality, safety and effectiveness. We know that every time an American, including members of our own families, receives a COVID-19 vaccine dose, they are putting their trust in us. We are working hard to maintain that trust,” the agency said.