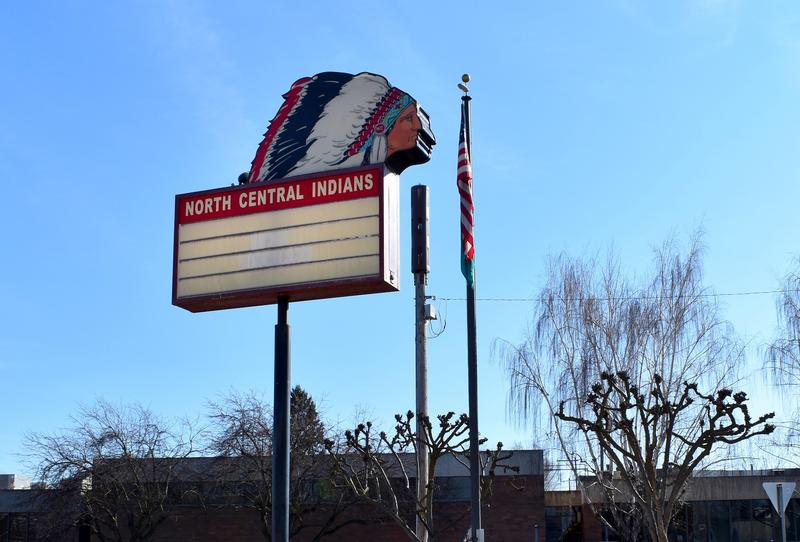 Washington public schools with Native American-themed team names or mascots have a decision to make now that Gov. Jay Inslee has signed into law a ban on such symbols. The schools have until year’s end to find a new mascot or try to win the blessing of a nearby tribe for continued use under an exception.

Inslee on Monday wasted little time signing legislation sent to him last week by the Washington Legislature to phase out “inappropriate” tribal mascots.

“This bill will end the disrespectful use of Native American imagery in our public schools,” Inslee said at a private signing ceremony streamed from in his office.

The new law includes an option that could allow some schools to keep using team names like Chiefs, Braves, Indians or Tomahawks. School administrators would need to consult with a nearby tribe and win permission for respectful use beyond January 1, 2022. Several school districts in central and eastern Washington have already begun those conversations with tribal leaders.

The office of the state schools superintendent estimated approximately 32 Washington schools have Native-themed mascots or team names. The affected schools span the state from Colville to La Conner to South Bend.

When Oregon adopted a similar phase-out policy five years ago, most of the affected school districts moved away from Native American imagery and team names. The high schools that secured permission to retain an Indians or Braves moniker agreed to tribal requests to beef up curriculum about Oregon tribes and their governments.

Some districts will try to keep their Native-themed mascots

The Kennewick School District said Monday that it would sound out the Yakama Nation about keeping Kamiakin High School as the “Home of the Braves.”

“The Kamiakin High School name and mascot, the Braves, were selected to honor Chief Kamiakin,” said district spokesperson Robyn Chastain via email. “The district’s intent is to consult with the Yakama Nation Tribal Council and seek their authorization.”

“It might be rather than just getting rid of the mascot altogether that it is rebranded or reimaged in a way that is culturally appropriate,” said Moses Lake Superintendent Josh Meek in an interview. “We know regardless we have some cleanup to do of certain elements of the imagery or how stereotypes are played out.”

“I also don’t want in any way, shape or form for this to be another place of divisiveness between our local community perhaps and leadership of the Colville Confederated Tribes,” Meek continued. “I want just the opposite. I want this to be an opportunity for us to really come together and grapple with these complex issues. I am hopeful that we will be able to do that.”

Other districts yielding to change

“There is a misunderstanding that the use of Native American-related or Indian mascots is honoring the Spokane tribe and indigenous people, and I can tell you this is not true,” said Ivy Pete, a Native student at the school, in a SPS statement. “This is not an attempt to erase North Central’s history. Now is the time to move forward with our students’ well-being at the forefront.”

The Bethel School Board recently requested a mascot replacement committee be put to work for the Bethel High School Braves in east Pierce County.

The experience of Roseburg High School in southern Oregon provides a cautionary tale for schools hoping to thread the needle between alumni and community loyalties and modern sensibilities. In 2017, the Cow Creek Band of Umpqua Tribe of Indians signed off on the high school’s request to keep Indians as its moniker. The agreement contained a provision to revisit the name every three years. The first review, now wrapping up, reignited old controversy, including spurring protests outside the high school and a flood of sometimes-heated comments to the school board. The Roseburg Public Schools board is scheduled to meet on Wednesday to consider retiring the Indians mascot once and for all.

The Washington Legislature moved to incentivize prompt action by schools in the Evergreen State by creating a fund to help cover costs of replacement or redesign of school signage, uniforms or logos. Schools could qualify for a grant if they select a new mascot by September 1.

“It is well past time to phase out Native-themed mascots and logos. It is degrading that we are being portrayed as no different than a token,” said the measure’s prime sponsor, Democratic Rep. Debra Lekanoff, early in the 2021 session.

Lekanoff is the only Native American currently serving in the Washington House of Representatives. Her proposal passed with wide bipartisan votes in both chambers.

“This bill is a small change that will bring about healing and show respect for our Native American neighbors and friends,” Lekanoff said.