A new study estimates that the number of people who have died of COVID-19 in the U.S. is more than 900,000, a number 57% higher than official figures.

Worldwide, the study’s authors say, the COVID-19 death count is nearing 7 million, more than double the reported number of 3.24 million.

The analysis comes from researchers at the University of Washington’s Institute for Health Metrics and Evaluation, who looked at excess mortality from March 2020 through May 3, 2021, compared it with what would be expected in a typical non-pandemic year, then adjusted those figures to account for a handful of other pandemic-related factors.

The final count only estimates deaths “caused directly by the SARS-CoV-2 virus,” according to the study’s authors. SARS-CoV-2 is the virus that causes COVID-19.

Tim Killian, a spokesman for Life Care Center in Kirkland, Wash., prepares to give a daily briefing to reporters in February after the first identified U.S. outbreak there killed multiple residents. CREDIT: Ted S. Warren/AP

Researchers estimated dramatic undercounts in countries such as India, Mexico and Russia, where they said the official death counts are some 400,000 too low in each country. In some countries — including Japan, Egypt and several Central Asian nations — the Institute for Health Metrics and Evaluation’s death toll estimate is more than 10 times higher than reported totals.

“The analysis just shows how challenging it has been during the pandemic to accurately track the deaths — and actually, transmission — of COVID. And by focusing in on the total COVID death rate, I think we bring to light just how much greater the impact of COVID has been already and may be in the future,” said Dr. Christopher Murray, who heads the Institute for Health Metrics and Evaluation.

The group reached its estimates by calculating excess mortality based on a variety of sources, including official death statistics from various countries, as well as academic studies of other locations.

Then, it examined other mortality factors influenced by the pandemic. For example, some of the extra deaths were caused by increased opioid overdoses or deferred health care. On the other hand, the dramatic reduction in flu cases last winter and a modest drop in deaths caused by injury resulted in lower mortality in those categories than usual.

Researchers at UW ultimately concluded that the extra deaths not directly caused by COVID-19 were effectively offset by the other reductions in death rates, leaving them to attribute all of the net excess deaths to the coronavirus.

“When you put all that together, we conclude that the best way, the closest estimate, for the true COVID death is still excess mortality, because some of those things are on the positive side, other factors are on the negative side,” Murray said.

Experts are in agreement that official reports of COVID-19 deaths undercount the true death toll of the virus. Some countries only report deaths that take place in hospitals, or only when patients are confirmed to have been infected; others have poor health care access altogether.

“We see, for example, that when health systems get hit hard with individuals with COVID, understandably they devote their time to trying to take care of patients,” Murray said.

Because of that, many academics have sought to estimate a true COVID-19 death rate to understand better how the disease spreads.

The revised statistical model used by the Institute for Health Metrics and Evaluation team produced numbers larger than many other analyses, raising some eyebrows in the scientific community.

“I think that the overall message of this (that deaths have been substantially undercounted and in some places more than others) is likely sound, but the absolute numbers are less so for a lot of reasons,” said William Hanage, an epidemiologist at Harvard University, in an email to NPR.

Last month, a group of researchers at Virginia Commonwealth University published a study in the medical journal JAMA that examined excess mortality rates in the U.S. through December.

While that team similarly found the number of excess deaths far exceeded the official COVID-19 death toll, it disagreed that the gap could be blamed entirely on COVID-19 and not other causes. 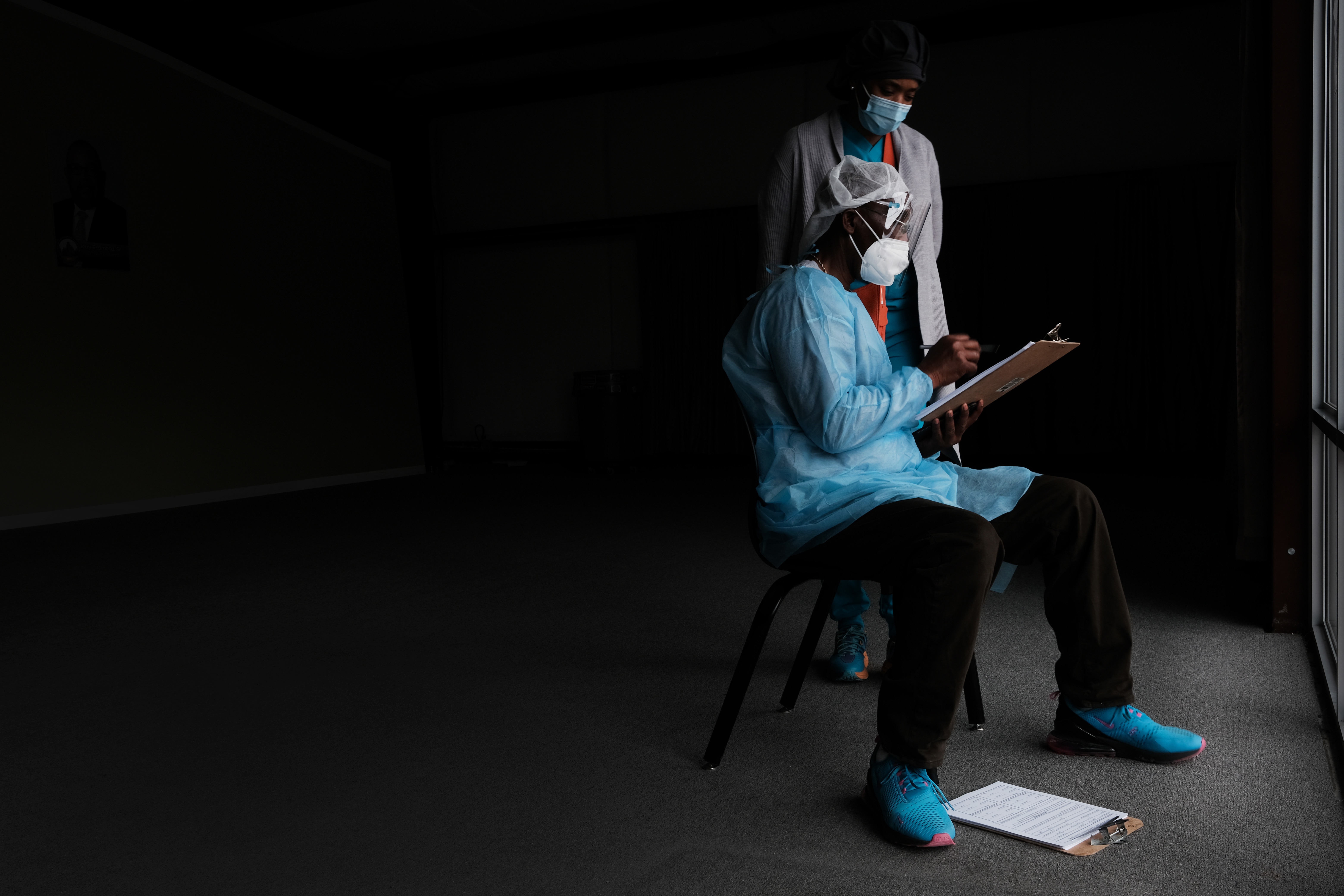 “Their estimate of excess deaths is enormous and inconsistent with our research and others,” said Dr. Steven Woolf, who led the Virginia Commonwealth team. “There are a lot of assumptions and educated guesses built into their model.”

Other researchers applauded the UW study, calling the researchers’ effort to produce a global model important, especially in identifying countries with small reported outbreaks but larger estimates of a true death toll, which could indicate the virus is spreading more widely than previously thought.

“We need to better understand the impact of COVID across the globe so that countries can understand the trajectory of the pandemic and figure out where to deploy additional resources, like testing supplies and vaccines to stop the spread,” said Jennifer Nuzzo, an epidemiologist at Johns Hopkins.

Researchers at UW also released an updated forecast for the COVID-19 death count worldwide, estimating that roughly 2.5 million more people will die of COVID-19 between now and Sept. 1, driven in part by the dramatic surge of cases in India.

In the United States, researchers estimated roughly 44,000 more people will die of COVID-19 by September.