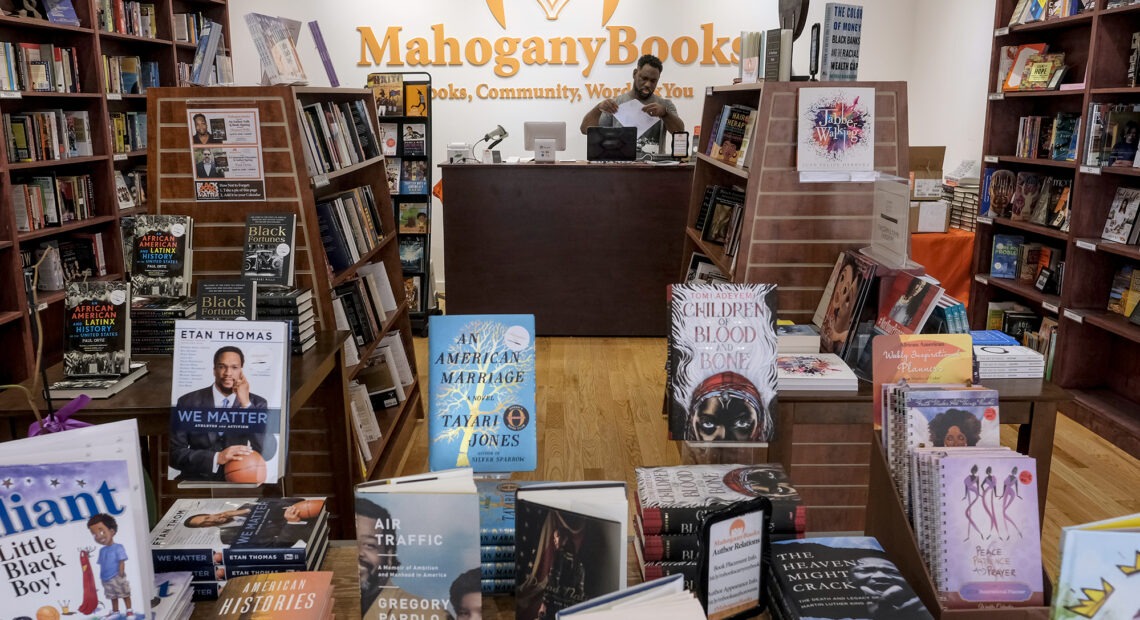 A Moment Or A Movement? Black Bookstore Owners On Business One Year Later

On the day George Floyd was murdered — Monday, May 25, 2020 — there weren’t any books exclusively tackling white privilege, anti-Blackness, or policing on the New York Times‘ Best Sellers list. White Fragility by Robin DiAngelo was the only book to break through the week of May 31, but by June 21, almost 70% of the Times’ Best Seller list confronted race.

With the sale of print books rising just over 8% and all unit sales of books surpassing 750 million, Black bookstores would play an integral role in feeding the nation’s “sudden” appetite in the plight of Black people.

Black bookstore owners like VaLinda Miller of Turning Page Bookshop in Goose Creek, S.C., can attest to the book boom.

“It was crazy and extremely overwhelming. And I had to hire some more staff members just to mail out the books,” Miller says. From June through August, Miller says they “were getting [anywhere] from 100 to 200 to 300 orders a day.” 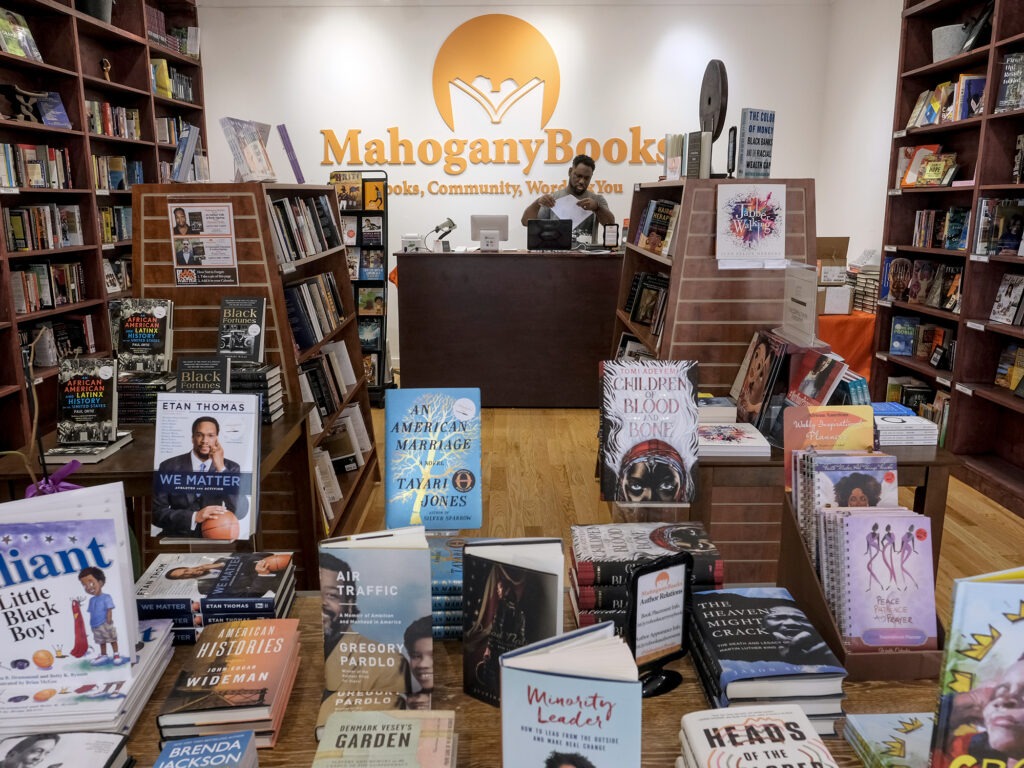 Derrick Young, co-owner of Mahogany Books in Washington, D.C., says his store has seen new customers in the last year who seem to be “willing to do the work” to educate themselves on issues of race in America. CREDIT: Bonnie Jo Mount/Getty Images

Even though anti-Blackness is an indiscriminate system that pays little attention to borders, Miller was especially shocked by the international shipping addresses.

“About 70% of my customers were from the United States… [but] I was surprised I got so many people from Brazil and Venezuela and so many other foreign countries,” Miller says.

She called the surge “unbelievable,” and that word resonates twofold for Miller, who had to close her first bookstore, The BookSmith, after only a few years when “people weren’t interested” in what she had to offer.”

After Miller reopened in June of 2019, she learned from this and took on a different approach when engaging this past summer’s burgeoning readers. She prodded customers to buy a book from their favorite genre in addition to the book on race that they were solemnly after. Miller vividly recounts an instance where an elderly white man entered her store looking for White Fragility.

“He said ‘My wife told me to come in here and buy a book by a Black author so I can support a Black-owned bookstore,’ ” Miller says. Her store is the only Black-owned, brick-and-mortar bookstore in the state. 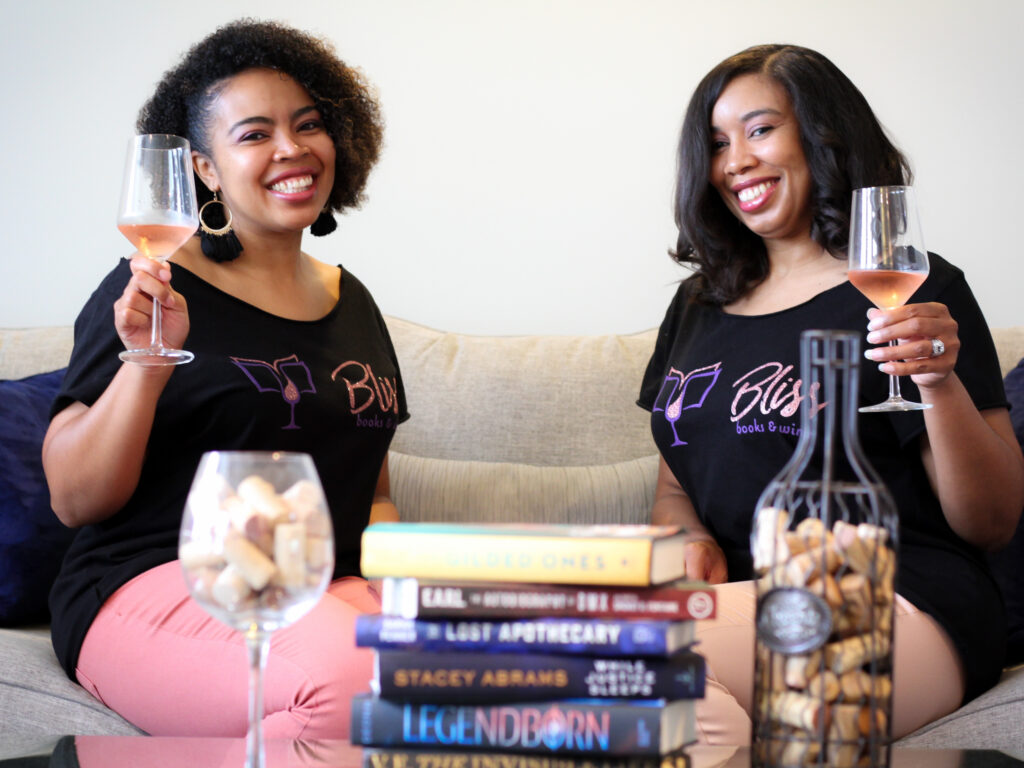 “I want you to support my store,” she remembers saying, “but if you’re going to buy this book, especially considering what’s going on, I need you to also buy another book because I know what you’re going to do. You’re going to take this book home, put it down, and read the other book,” Miller says.

A few months later, this same gentleman stopped by Turning Page Bookstore to confess that he did exactly that.

In other places across the country, Black bookstore owners saw new customers who were engaging in anti-racist reading. Derrick Young, one of the co-owners of Mahogany Books in Southeast Washington, D.C., where the population is more than 90% Black, says he noticed more white customers coming to shop in his store.

“We’re definitely seeing more people who seem like they’re really willing to do the work; we see people who aren’t just picking up notable bestsellers like White Fragility,” he says.

Young is able to gauge those willing to “do the work” based on the books they’re asking for. He believes it’s indicative of where that person is on their journey.

“We see people who are coming in to buy books like Chocolate City from us, or Medical Apartheid,” Young says. “Books that are a little bit more specific and dealing with issues that we’ve been talking about for a long time that create issues of equity in our communities.”

Young says that his store, which was recently nominated for Bookstore of the Year, has seen some patron attrition, but admits that was inevitable. He isn’t discouraged; he’s moved by the continued growth of readers who keep coming back.

“They’re coming back not just to purchase books around Black people, but we now have people who are purchasing books specifically about women issues, about LGBTQ issues,” Young says. “So, you know, it is really good to see that people are sticking around and trying to do the reading necessary to really open up their minds.”

“They were forming some of their own book clubs and reading groups and they were looking for recommendations,” she says. “They wanted us to help facilitate.”

These facilitated conversations led to a bevy of questions.

“Like ‘I really didn’t understand everything that was going on, but now that I do know, how do I learn more?’ And ‘What do I do with the information that I have now?’ ” Robinson recalls.

Bliss Books & Wine made these conversations more immediate to Kansas City and started virtual book conversation with local authors. Robinson believes this is how her bookstore was able to retain some customers who may have stopped by once or twice just to say they supported a Black bookstore and bought an anti-racist book.

“I think it allowed us to bring in those new customers and then introduce them to new books and some of the classics — some of the ones that were more known within the Black community, but not necessarily mainstream or within the white community,” she says.

While print book sales are still surging, the Black bookstore owners who spoke to NPR say sales are down for them when compared to last summer, when they were handling 100-300 orders per day. Some of the books purchased at the apex of last summer’s protests were never finished. And there are no longer legions of protesters marching for accountability for consecutive days, despite their personal feelings toward the Black Lives Matter global network.

Measuring America’s progress on race relations one year after a video of George Floyd’s murder at the hands of former police officer Derek Chauvin went viral is both premature and inconclusive. However, if last year’s book boom on all things white privilege and anti-racism is a litmus test, then, at least in theory, Americans are intrigued at understanding racism and its byproducts.