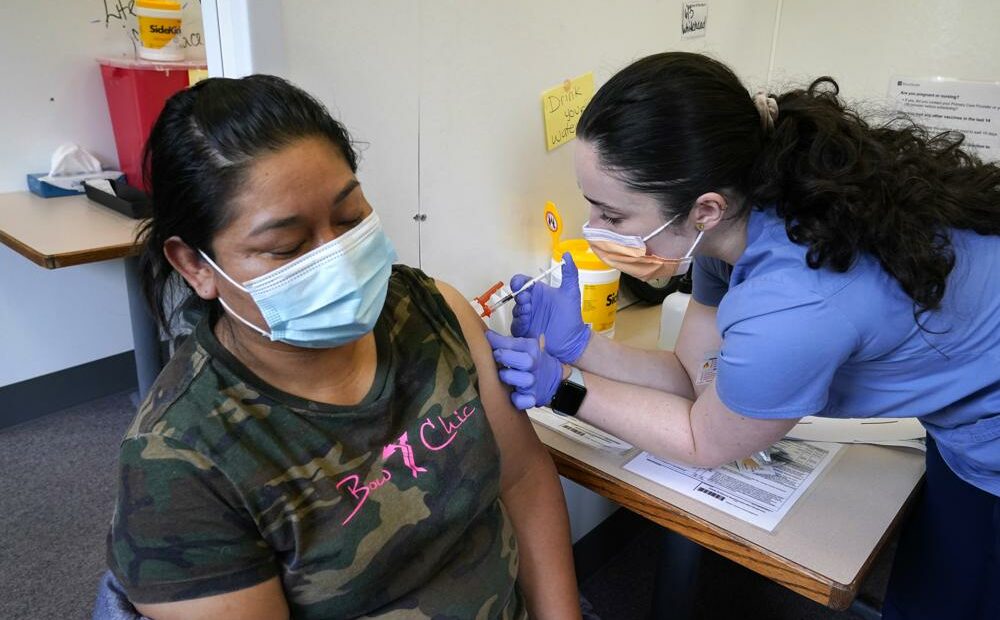 Washington is the latest state to offer prizes to encourage people to get vaccinated against COVID-19, with Gov. Jay Inslee on Thursday announcing a series of giveaways that includes lottery drawings totaling $2 million, college tuition assistance, airline tickets and game systems.

The incentive program, called “Shot of a Lifetime,” applies to those who start the vaccination process this month as well as residents who are already vaccinated.

Washington joins several other states — including California, New Mexico, Ohio and Oregon — that have already created lotteries in hopes of increasing the pace of vaccination, which has slowed in recent weeks.

“This is a very, very common-sense investment to save lives,” Inslee said at a news conference announcing the incentives. 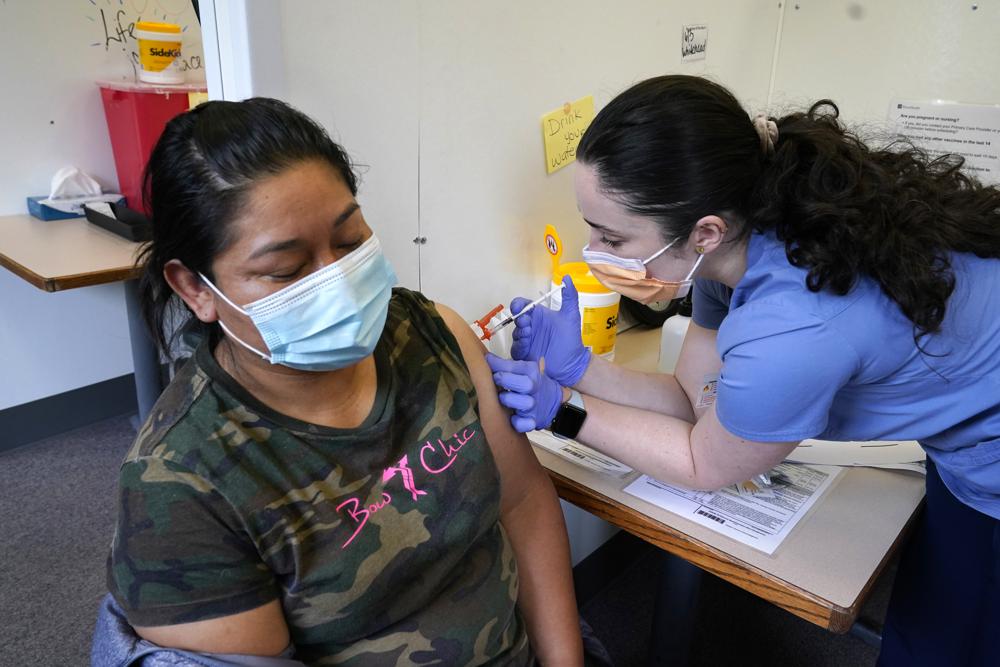 Starting next Tuesday, the state Lottery will hold two drawings a week for four weeks, one for adults 18 and older and another for those age 12-17. The lottery cash prize will start out with a weekly prize of $250,000 through the end of June. On July 13, a final $1 million drawing will be held.

In addition, the state’s public four-year universities and two-year community and technical colleges will receive nearly $1 million to run their own drawing for free tuition and expenses for vaccinated students. The state Lottery will also do drawings to offer 30 prizes of one-year of tuition college credits to 12-17 year olds through the state’s Guaranteed Education Tuition program, with the credits going directly to the students’ families.

Game systems are also up for grabs during the monthlong program, with Microsoft giving away 300 Xbox and Game Pass consoles to vaccinated individuals, and Nintendo donating 20 Nintendo Switches, each coming with one Super Mario Kart 8 Deluxe game. Google will give away 25 Google Nests and Amazon will be giving away 40 Echo Dots.

Washington companies and sports teams are also part of the giveaway, with prizes including: two free Alaska Airlines tickets to anywhere the airline flies; four tickets or a full suite to an upcoming Seattle Mariners game; four tickets to a Seattle Sounders game in August, plus two autographed jerseys; 10 tickets to the Seattle Storm for the rest of the season; four club level seats for a Seattle Seahawks game, plus parking passes; four 2021 season tickets for the OL Reign, plus a team-signed jersey; and concert tickets from the Seattle Kraken.

Also, state Parks will give away 80 gift cards worth one week of free camping, the Department of Fish and Wildlife will provide 80 gift certificates worth $100 each for fishing and hunting licenses and 400 Discover Cards to access state parks will be raffled out, Inslee said.

Like the Lottery cash prizes, winners for the other prizes will also be decided each Tuesday. Winners, selected from the Department of Health’s immunization database, will be contacted based on the contact information they provided when they got vaccinated. Lottery Director Marcus Glasper said that winners will be contacted after the drawing and will have 72 hours to respond to claim their prize. If they do not respond, they will move on to other presumptive winners, he said.

Glasper said that the state is still working out whether state or federal funds will be used for the program.

Proof of Washington residency is required to claim a prize. Employees of the governor’s office, the state lottery and the Department of Health employees — and their households — are not eligible for the prizes. 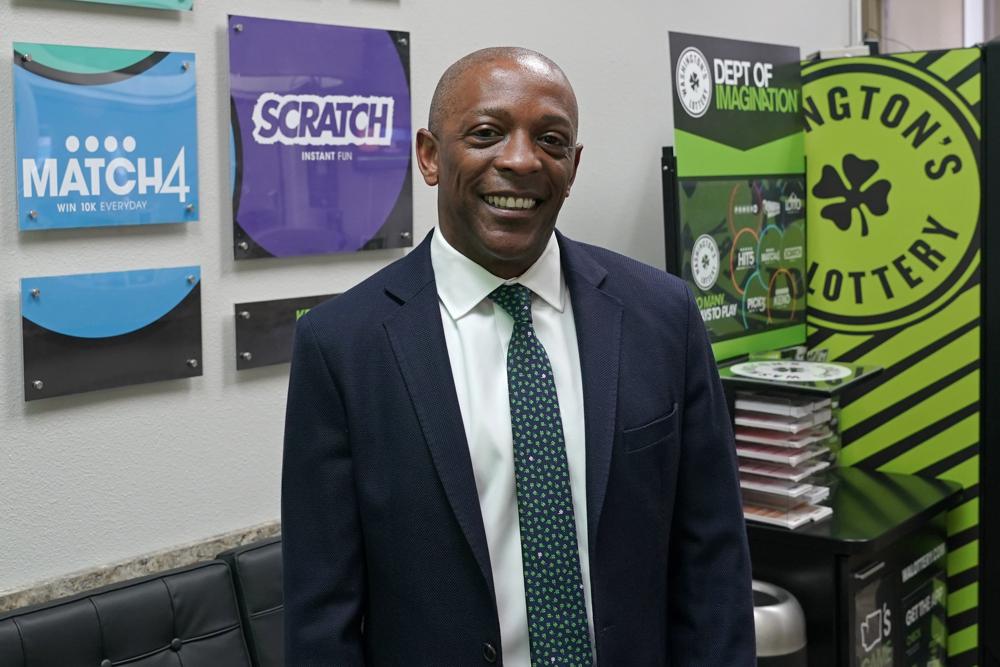 Marcus Glasper, director of the Washington State Lottery, poses for a photo, Thursday, June 3, 2021, in Olympia, Wash. Gov. Jay Inslee announced the same day that Washington is the latest state to offer prizes to encourage people to get vaccinated against COVID-19. Incentives will include a series of giveaways during the month of June including lottery prizes totaling $2 million, college tuition assistance, airline tickets and game systems. CREDIT: Ted S. Warren/AP

For residents who received vaccines through Veterans Affairs or the Department of Defense, their information hasn’t been shared with the state, but state officials said they are working to ensure that those who are vaccinated but not in the state database will be able to opt in for the incentive program.

In addition to the weekly lottery of incentives, the state’s Department of Commerce is working with the Association of Washington Business to fund $1 million in gift cards to local businesses for residents who are recently vaccinated, and the Department of Health will give away $500,000 in retail gift cards over the summer, ranging from fishing gear to groceries, as part of its new mobile vaccine service to deliver vaccines to communities disproportionately impacted by COVID-19.

Inslee has said the state is on track to fully reopen its economy by June 30, or even sooner if 70% of residents age 16 and older have received at least one dose.

As of Thursday, more than 62% in that age group have received at least one dose and at least 54% are fully vaccinated. Residents age 12-15 have been eligible for vaccination since last month, and nearly 28% of that group have initiated vaccination.

Health officials this week said that at the current pace of people seeking vaccines, the state wasn’t likely to reach the 70% one-dose threshold until the end of the month.

All of the state’s 39 counties are currently in the third phase of Inslee’s reopening plan, with restaurants, bars and gyms able to operate at 50% indoor capacity.

Inslee said that the state will stay at 50% capacity for most indoor activities until it moves to full capacity at the end of the June. Republican leaders in the state Senate and House have called on the governor to fully reopen the state now, citing vaccination rates and action in other states.

“Washingtonians want to return to a sense of normalcy and businesses need more certainty as they attempt to recover,” Sen. John Braun and Rep. J.T. Wilcox wrote in a joint statement issued Tuesday.