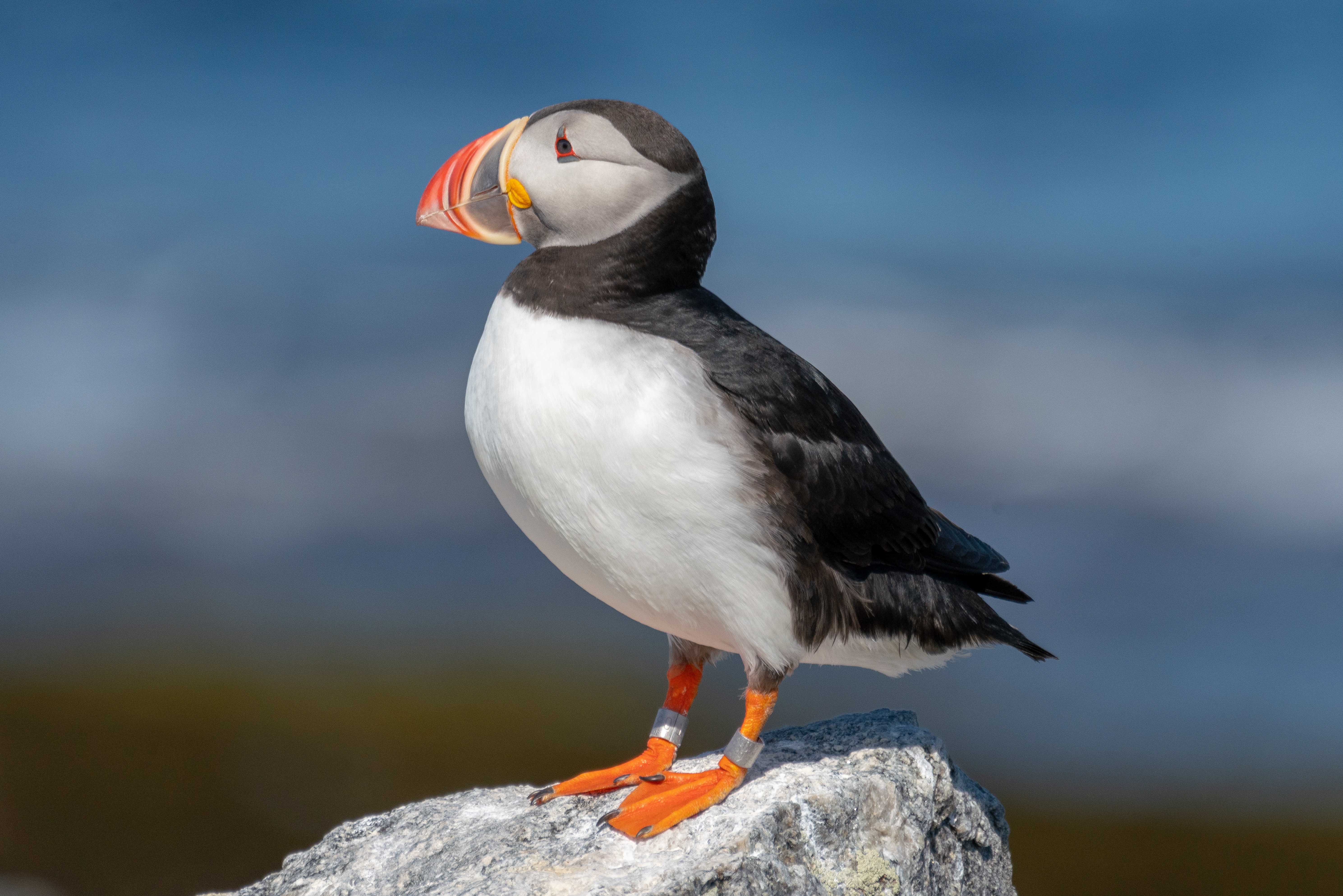 Maine’s population of rare Atlantic puffins took a hit this year, as the number of chicks to survive a tough summer plummeted. 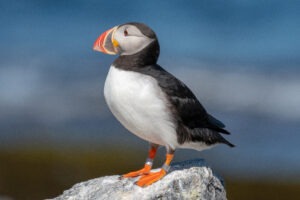 The state’s coastal bays and the Gulf of Maine is among the fastest-warming large water bodies on the planet, making the puffins’ fate a test-case for how climate change could disrupt marine ecosystems worldwide.

The little clown-colored birds are abundant in Canada, but in the U.S. they were hunted to near extirpation by the early 1900s. Scientists and volunteers later helped them to re-establish several island colonies off Maine, where they now number around 3,000.

Over the last decade, though, a series of “marine heatwaves” and intense storms upended their living conditions. This year was one of the worst yet, and the number of puffin chicks to live through the season plunged.

“In some cases it was significantly worse than we’ve seen in the past,” said Linda Welch, a biologist with the U.S. Fish and Wildlife Service.

On one offshore island she watched closely, Petit Manan, Welch said 90% of the nesting puffins failed to raise a chick.

“Many of the chicks that we classified as fledging, reaching the age where they leave their burrow and go to sea, the birds were kind of 40% to 50% smaller than we normally see,” she said. “We were calling them ‘micro-puffins.’ ”

The birds faced a complex of challenges; nests were flooded by some of the heaviest rains in a hundred years, exposing chicks to cold and predators. That was especially hard on another rare bird that nests in the open, Artic tern. But it was tough for young puffins, too, who were being reared in burrows within the jumbled boulders that line the island’s shores.

And their parents had a hard time finding herring and other North Atlantic prey they usually dive for, which scientists think may have retreated to cooler waters too deep or far-off for the birds.

The adult puffins ranged farther than usual in a foraging commute that scientists say limited their time to keep chicks warm in their nests.

They did find and bring to the nests a lot of butterfish, a more southerly species that’s been showing up in force in the Gulf of Maine in heatwave years. The thing is, butterfish are too big for young puffins to swallow.

“There was a puffin chick that had reached the age where it should have been able to leave its burrow,” she said. “It was fully feathered. It was dead in the burrow and there were probably ten or 12 carcasses of butterfish surrounding it.”

Other ecosystem dislocations are emerging in the Gulf of Maine. New research suggests, for instance, that a big incursion of voracious squid during an extended heatwave was decisive in the collapse of a prized shrimp fishery.

Endangered North Atlantic right whales are ranging far from their traditional haunts in search of their favorite food, a tiny crustacean whose abundance in the Gulf is varying in response to changing temperatures and currents.

Formerly itinerant black sea-bass are starting to stick around all year, and spawning; they fetch a good price at market, and could present a new opportunity for Maine fishermen. And juvenile sea bass might even become a new food source for other species, such as, puffin chicks.

The director of the National Audubon Society’s Seabird Institute, Don Lyons, says puffins provide a unique window on global-warming, on how even small shifts in the range or timing of any one species’ occurrence can influence the fate of many others.

“Working with puffins in Maine, we’re seeing the harbingers of climate change every day,” he said. “I tend to think of puffins as a bunch of researchers. They’re going out and sampling our marine ecosystem all summer, many times a day. And the way we learn from them is watching what fish they bring back and how well they are able to raise chicks. … They’re really telling us to be concerned, you know, to pay attention.”

Lyons says that with good management of herring and other fisheries that the puffins depend on, the birds should be able to hang on.

Puffins can live up to 30 years, he notes, providing some resilience against a bad year. He adds, though, that their future in Maine may depend on just how often those bad years keep rolling in.