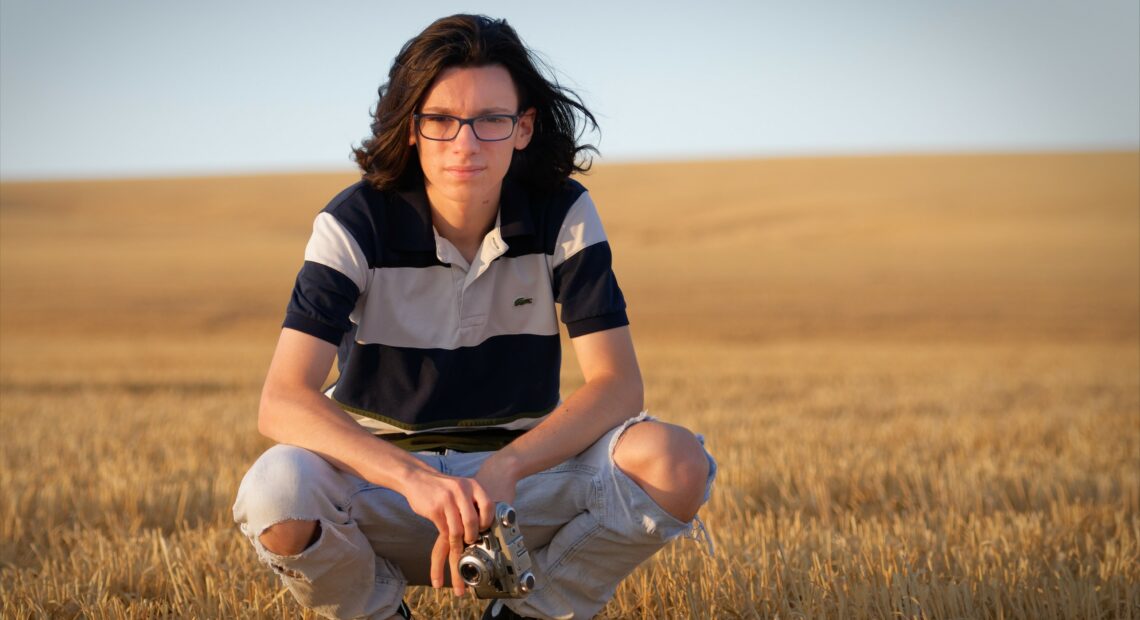 A Richland high schooler has been hard at work on his side-gig … directing a feature film about the Hanford radioactive cleanup site. The hour-long film is set to debut on Amazon Prime March 2nd.

Augustin Dulauroy is 17-years-old and a senior at Hanford High School. With help from his filmmaker mom and nuclear engineer dad, Dulauroy has pulled off his debut as a director on his feature film called “HANFORD.”
All while going to school full time.

“Sometimes it’s like I work on it until 11, or midnight and it’s like it’s going to be pretty rough waking up tomorrow,” Dulauroy said.

The film centers on the history and ongoing challenges of the radioactive cleanup site. Dulauroy said he learned a lot interviewing historians, a scientist and Hanford workers.

And he reluctantly took some film lessons from his mother, Virginie.

“Lessons learned you know. At the end of the day I made the decisions and sometimes they were wrong,” he said.

His mother helped edit down the many hours of tape and taught him how to conduct an interview. His questions to experts navigate some pretty tricky territory on a highly controversial history.

The film discusses the making of the two atomic bombs dropped on Japan, the company town of Richland and the ongoing complex cleanup of radioactive waste at the Hanford site.

And the strange case of a man named Harold McCluskey.

He says McCluskey was exposed to a lot of radioactive material in an accident at Hanford but somehow survived.

“He became known as the Atomic Man, in kind of a weird, like it sounds like a comic book, you know a superhero origin story, except that he didn’t develop any superpowers,” Franklin said.

Director Dulauroy says the sequence on the accident that exposed Harold McCluskey to americium in 1976 has stuck with him.

“It involves a relationship between nuclear physics, biology and chemistry,” Dulauroy said.  “Because it’s a chemical explosion, that released nuclear material that affects organic tissues – and so for me it’s like all the sciences coming together.”

In another terrifying, but also weirdly lighthearted moment, Franklin talks about ducks who would ingest radioactive waste while swimming, then let fly with small radioactive bombs of their own.

“You have these large ponds where water is cooling. Well, large ponds in the desert of still water are going to attract what? Birds, mosquitos. And birds like to drink water, uptake and eat vegetation that grows on the side of these ponds and then what do they do? They poop and they fly,” Franklin said.

In the end, Dulauroy couldn’t include all he learned about Hanford. There’s no mention of the Hanford downwinders – the dozens of people who were exposed to radioactive iodine released into the air.
And the mother-son team did have some creative differences.

“You know she would tell me, ‘When I did my documentary I did it like this,’ and I would say yeah ‘But it’s my documentary, and I’m going to do it my way,” Dulauroy said.

“For a few weeks he didn’t do anything. I was like OK, it’s over we did all of that for nothing. And at that moment I had to push him to keep going,” she said.

“And so, you know sometimes she ended up being right,” Dulauroy said.

So now, he says, he knows what to do for his next film.

HANFORD, the film, debuts at 6:30 p.m. on February 28 at the Queensgate Cinema in Richland. It will be available for rent on Amazon Prime March second and VIMEO on March 3rd.