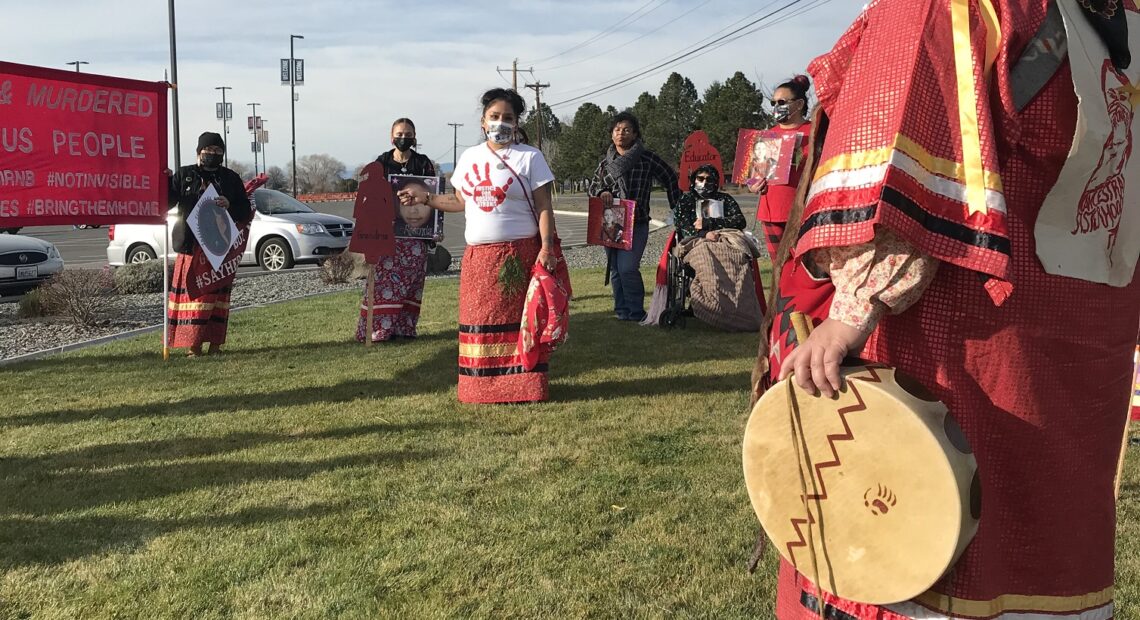 Johanna Bejarano of the NWPB reports on the “Bring them home” law related to the protection of missing and murdered indigenous persons. [Runtime 2:03]

Washington’s “Bring them home” law takes effect in June. It allows tribal members to pray over a deceased indigenous person without compromising the scene before an autopsy is conducted, and supports survivors of trafficking.

State Representative Gina Mosbrucker says families have been asking for the remains of indigenous people to be handled in a more culturally sensitive way for years.

“If you find someone, your family member, you should be able to pray over them, respectful of your culture, and your spiritual ceremony that you feel is right after the lead investigator signs off, of course, but before the body is moved,” says Rep. Mosbrucker.

The new law orders county coroners to make every effort to communicate with families and tribal representatives within ten days. It also makes it easier for families to honor their loved ones.

Hayley Thompson, president of the Washington Association of Coroners and Medical Examiners, says members already do those things voluntarily.

“We always make sure to consider their cultural background and what they need to do. We are very much open to various cultural beliefs and try to honor those beliefs as best as we can when it comes to a death investigation,” says Thompson.

Now, Coroners must try to contact families and tribes before sending the remains to a funeral home.

The bill also establishes a pilot project for providing services to survivors of trafficking.

Cissy Strong Reyes is an advocate for the Umatilla and Yakama families. Her sister, Rosenda Strong, went missing in 2018 and her remains were found in 2019.

In a written statement Strong says focusing on survivors’ needs is an important step.

“I don’t see a lot of families trusting the programs in my area due to that they may so [sic] be related to the perpetrator,” she says.

Reyes also says that “All programs are run by Indigenous like they should be. Yet, they lack experience of compassion and participation in public events that bring awareness to our epidemic of missing and murdered.”

If a missing indigenous person is found in jail or released from custody, the jail must notify the agency that originally released the missing person report.

“This report was produced with assistance from the Public Media Journalists Association Editor Corps funded by the Corporation for Public Broadcasting, a private corporation funded by the American people.”