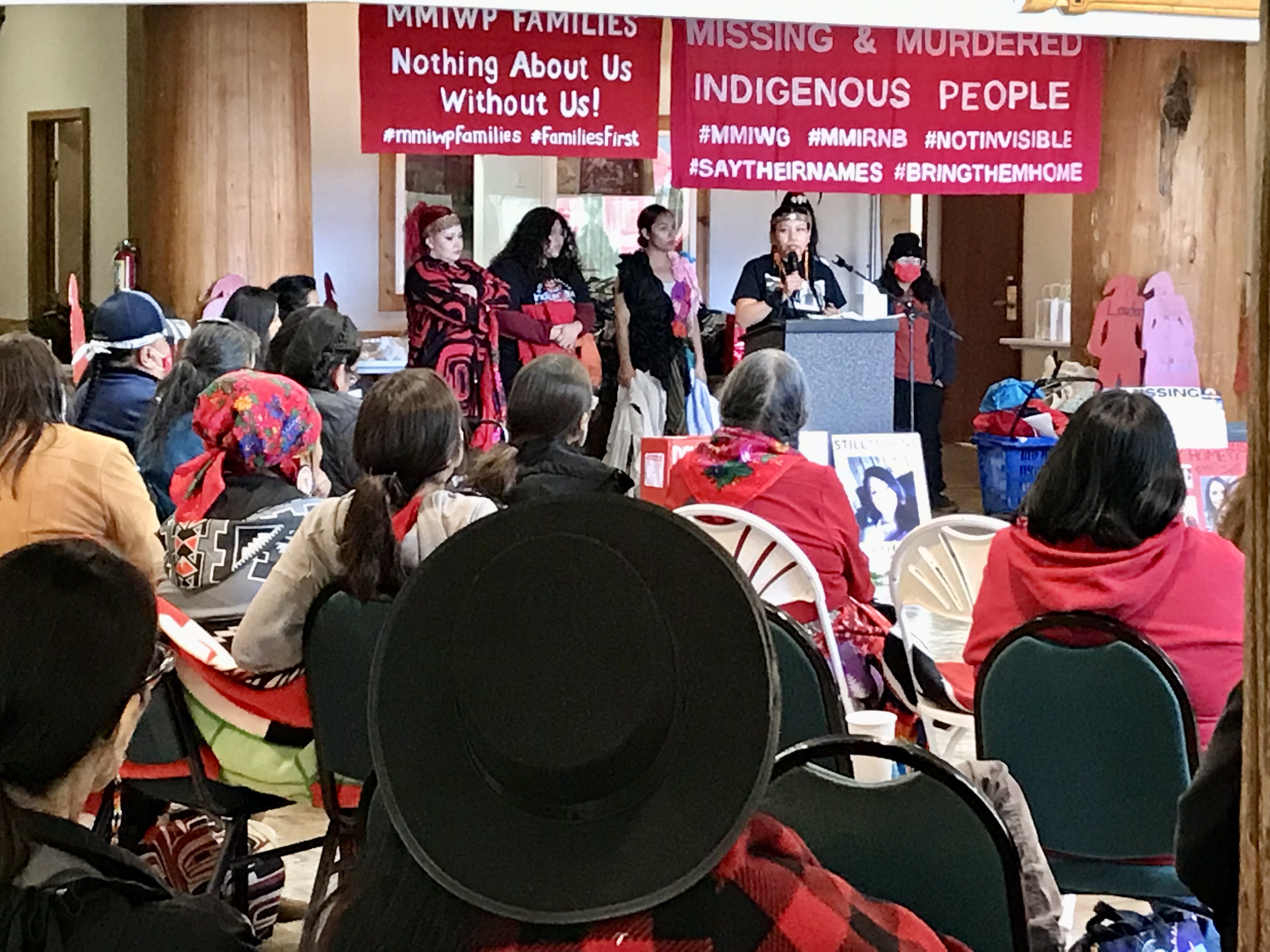 Families and survivors gathered Saturday at the National Day for Awareness and Healing for Missing and Murdered Indigenous Women, People and Families in Seattle. With prayers, drums, songs, dance and stories, families honored their loved ones, and sought justice.

Families shared  relatives’ stories and said their names to ensure they are not forgotten.

“She was going up to her boyfriend’s hotel to stay with him. After a couple of days of not hearing from her, I called the police to file a missing person report,” says Moon.

Janella’s boyfriend told police she had left. Her remains were found days after the police visit in the same hotel room.

“During the whole process, like the investigation, I felt so disregarded by the police. She was sitting in the hotel room for 11 days, her body was so decomposed, they couldn’t tell if there was trauma to her body or what so we’re still waiting on the toxicology report to find out what happened to her”, she says.

Rosenda went missing in October 2018 and her body was found in July 2019. Her case is still unsolved.

Cissy Strong says for the first time she drew on the last gray dress her sister Rosenda wore on the day of her disappearance.

Red letters on the dress call for “Justice for Rosenda”.

“It happens in our communities every single day somewhere in Indian Country. Somebody’s daughter is being murdered; their mother, their brother, and the police are like, ‘Oh, it’s just another Indian’. And that’s why we need to lift up grassroots advocates because we’re the ones out here supporting one another,” says White.

Alyshia Ramon is a victim’s advocate for the Tulalip Police Department.

“Families are told they can’t know information because it’s an open case. They don’t get updates…but there are some things that can be shared without compromising the case,” says Ramon.

Ramon stood by the family of Mary Ellen Johnson-Davis. Mary Ellen was reported missing in December 2020.

Last known she was walking on Firetrail Road in the Tulalip Reservation. She was on her way to a friend’s house, but never arrived. Her case is under investigation.

Traditional dances and music from Canada, Mexico, and the U.S. helped families heal and honor their relatives while trying to find them.