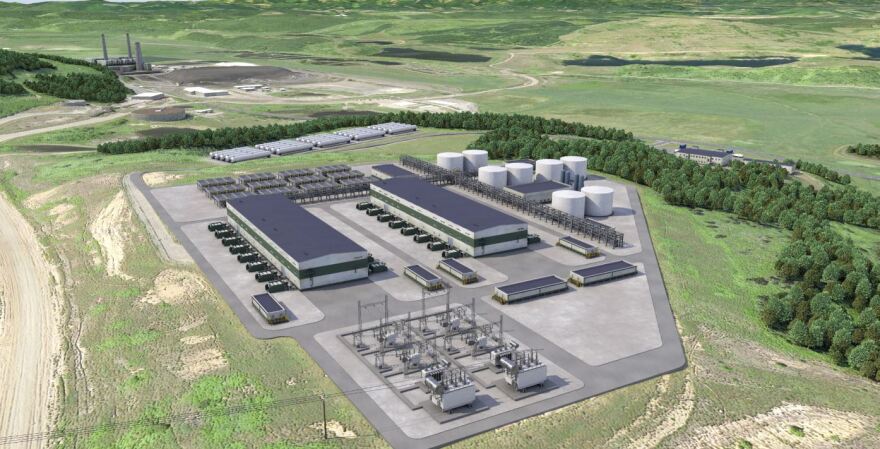 An Australian company is eying property next to the soon-to-close coal power plant in Centralia, Washington, to build a big hydrogen fuel production facility. Fortescue Future Industries went public with its plans during a hydrogen symposium hosted by the Economic Alliance of Lewis County on Thursday.

Fortescue Future Industries is a clean energy subsidiary of an iron ore mining giant, Fortescue Metals Group, based in Australia. The firm has made a string of announcements recently that paint a picture of big ambitions to produce “green hydrogen” globally.

Fortescue’s North America President, Paul Browning, said the property next to the TransAlta coal plant caught his company’s eye for multiple reasons. Among them: a workforce available soon, abundant water rights, and rail and power connections.

“It’s going to be on the site of a retired coal mine,” Browning said in an interview. “So, we’re going to turn a place that used to make the dirtiest fossil fuel into a place that is going to make the cleanest, green fuel – green hydrogen.”

The TransAlta open-pit coal mine closed in 2006 and the adjacent power station, the last operating coal-fired plant in the Pacific Northwest, is scheduled to shut down in 2025. Browning said the final decision to commence construction on a hydrogen production facility there could come in 2024 with entry into operation in 2026.

“The timing couldn’t be better,” to transition the 120-strong coal plant workforce to the green energy company’s payroll, he told symposium attendees.

Browning said Fortescue would make hydrogen through electrolysis, which involves running an electric current through water to split the liquid molecules into hydrogen and oxygen. The source of the electricity supply to the proposed plant has not been locked down.

“We are not yet to the stage where we’re going to make an announcement of our power source, other than to say it is going to be a renewable power source from this region,” Browning said.

“Green hydrogen” is the moniker used to describe hydrogen produced without any global warming pollution, such as through electrolysis using renewable wind, solar or hydropower. Most hydrogen on the market today is derived from natural gas through industrial processes that generate significant carbon emissions.

The economic viability of making green hydrogen still has skeptics locally and nationally. Notably, billionaire Tesla CEO Elon Musk dismissed the technology during an appearance at the Financial Times Future of the Car Summit on Tuesday.

“And if you have to liquefy hydrogen, oh my God,” he continued. “The amount of energy required to… make hydrogen and turn it into liquid form is staggering. It is the most dumb thing that I could possibly imagine for energy storage.”

Fortescue Future Industries has a billionaire of its own in its corner, its founder and chairman of its parent company, Andrew Forrest. The iron ore magnate is bullish on hydrogen and has become an evangelist for addressing climate change, judging from reports in the Australian press.

In Centralia Thursday, Fortescue representatives said they would market their hydrogen as a climate-friendly replacement for natural gas in heavy industry and as a transportation fuel. A panel of supporting speakers from Toyota, Kenworth Truck Company, the Washington State Department of Commerce, Twin Transit and Puget Sound Energy described possible uses across numerous industries. They touted hydrogen as the best solution for reducing climate impacts from long haul trucking, marine shipping, transcontinental air travel and steel making, for example, all of which would be impractical to convert to battery power.

“We see a future to blend in green hydrogen in our pipes,” to decarbonize natural gas distribution, said Josh Jacobs, VP of energy strategy at the utility Puget Sound Energy.

The Australian company’s interest in setting up shop in Lewis County gave a major boost to the vision of community leaders to become a hydrogen hub, or “Hydrogen Valley,” as economic development recruiter Richard DeBolt, the executive director of the Economic Alliance of Lewis County, put it.

“We didn’t think the opportunity would come so quickly,” he said.

Centralia Mayor Kelly Smith-Johnston said the new plant could become the anchor piece alongside other elements already underway toward achieving the identity as the Hydrogen Valley. Chehalis-based Twin Transit is getting ready to order four hydrogen fuel cell buses to add to its fleet. With other partners including the Port of Chehalis, they have obtained state funding to build three hydrogen fueling stations at different locations near Interstate 5.

Fortescue’s Browning said his company would lead a grant application to the U.S. Department of Energy to designate the region as an official “Hydrogen Hub,” a funding opportunity created in the bipartisan infrastructure package passed by Congress last winter. Browning expressed hope that the Pacific Northwest could win slightly more than $1 billion out of the $8 billion Regional Clean Hydrogen Hubs program pool, which could partly underwrite the big price tag of Fortescue’s planned facility.

“That will allow us to produce hydrogen at competitive cost to fossil fuels,” Browning said.

The Centralia hydrogen production facility would be the second such facility built in the Northwest if it comes to fruition. In March 2021, Douglas County Public Utility District broke ground on a much smaller renewable hydrogen production plant on the east bank of the Columbia River north of Wenatchee.

Douglas PUD spokeswoman Meaghan Vibbert said a succession of unanticipated problems including supply chain hiccups, bids coming in over budget and design changes have challenged and delayed the project. In an email, she said testing and commissioning is now slated for May 2023. The facility is designed to use unsold electricity from the PUD’s dam on the Columbia to make hydrogen for vehicle fuel and industrial uses.

The utility’s electrolyzer has a 5 megawatt capacity, which can make two tons of hydrogen per day at full production. Fortescue has not published details about the capacity and projected production volumes of its planned Centralia plant. But the signals the company sent, the supporting infrastructure requirements and artist’s renderings point to a massively larger project than Douglas PUD’s electrolyzer – potentially as much as fifty times bigger.

The outfitting of the facilities could benefit from a newly approved sales tax deferral and waiver for clean energy manufacturing. The Washington Legislature approved the new tax break in March – and a separate bill to streamline permitting – after hearing testimony that such policies would attract investment and research development. 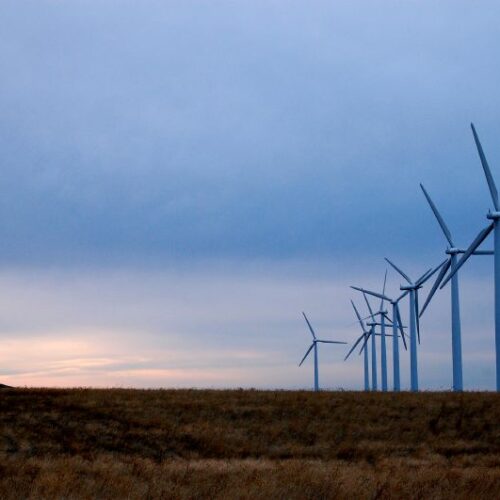