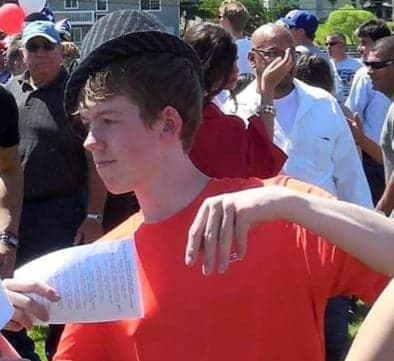 Mental Health First Aid Should Be As Common As CPR

It is common for people to be trained to perform CPR. Advocates say suicide awareness and Mental Health First Aid should also be common practice.

Kimberly Starr’s son, Tom, died by suicide when he was in high school. Starr’s life purpose changed after that moment.

Starr: “We needed to use Tom’s dealth as an opportunity to educate people, particularly about the signs of suicide ideation and depression and how to recognize them.”

Starr helps communities with suicide prevention.She wrote a book about her experiences 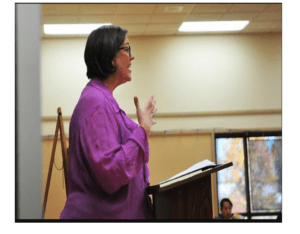 The most common example is the term ‘committed suicide’. The phrase has a tone of judgment and religious history. Like committing a sin or committing a crime. Instead, saying ‘died by suicide” removes stigmatization says Starr.

Also Starr says using phrases like:’ He’s driving me crazy’ or ‘That’s insane’ is language that is harmful for people with mental illness.

All chronic illnesses should be talked about the same way. Supportive to healing and not negative language. Whether it’s depression or diabetes.

Karen Hayes is the Community Health Investment Manager for Providence at Kadlec hospital. They offer a number of classes including one called: “Question, Persuade, Refer.”

Hays: “When you get trained in QPR, question persuade refer, you learn to recognize the warning signs of suicide, learn how to offer hope, and know how to help to save a life by connecting people..connecting them to resources.”

Some warnings include a person expressing suicidal thoughts or harming themselves, changes in behavior, and giving away valuables. Learning what to say and do is important for loved ones experiencing a crisis. Taking classes to learn about mental health response and staying current on the latest information is valuable to the community

Hays explains “We also collaborate with Chaplaincy HealthCare and are offering “Understanding Grief” and “Compassion Fatigue” and those are being offered virtually.”

Classes are free and part of the hospital’s health improvement plan. They offer Mental Health First Aid for Adults,  Youth Mental Health and have a library of resources.