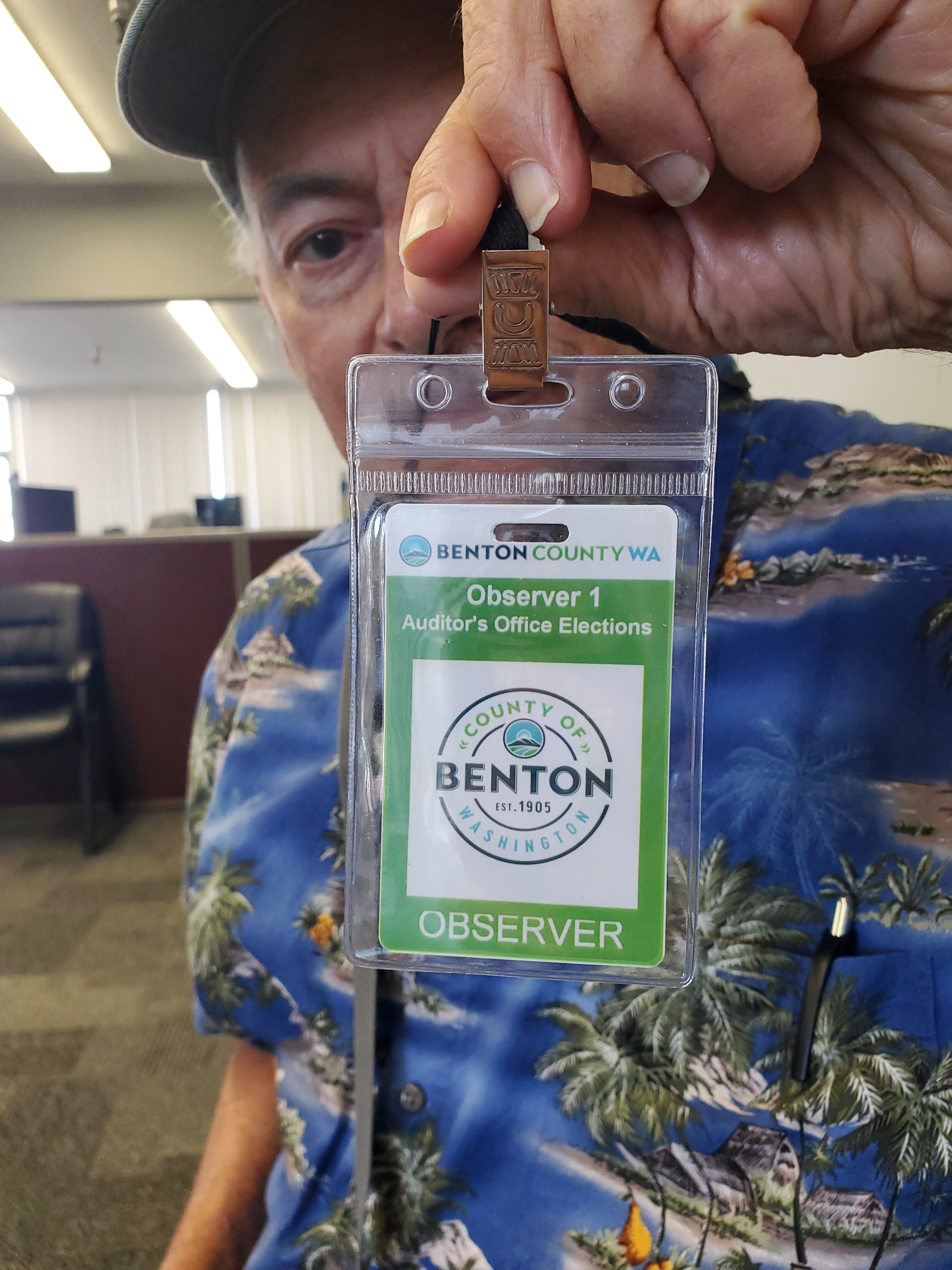 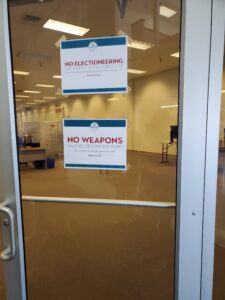 Inside the old Chuck e. Cheese building are the new offices for the Benton County Auditor.

Instead of a ball pit, there s now a large chain link cage, surrounding the machines used to sort and count ballots.

For the first time this year, observers are paid to watch this process. 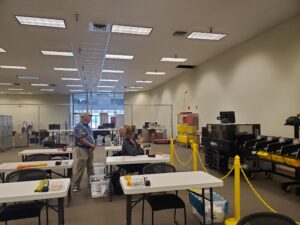 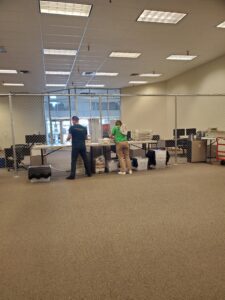 Each observer has a name tag with an electronic fob that allows them to enter the locked cage. Cameras record each interaction and live stream directly to the county auditor’s website

Chuck LoPresti from the League saysthis work is essential for democracy

“We can be assured that we have fair and transparent voting processes, that we can rely on the outcomes of voting, have confidence in results.”

The observers  had  two full days of training . Durga Victorine with the Democrats says they are only allowed to bring in a clipboard they are given; no phones or other materials are allowed.

“The main thing is just not distracting the staff from doing what they’re supposed to be doing. But also recognizing that you’re going to have questions and and so to know who to go to those questions with so that you can get them answered.”

The observers watch two workers take the day’s  mail and put the envelopes into white bins.

A sorting machine scans the barcodes on the envelopes, unique to each voter. Most go through fine… some are missing a signature… on others the barcode won’t scan. Durga said as an observer, she’s learned about the different types of problems that can arise during ballot processing and counting. Sometimes it’s as simple as envelopes getting stuck on the machine.

“So they were getting canned air out and trying to like do what kind of maintenance just to keep anything from sticking that might slow down the process. So you can just see, mechanically and then skill wise, there’s just a lot that goes into making sure that every ballot gets counted.”

Jerry Martin with the Benton County Republican party is the third observer. 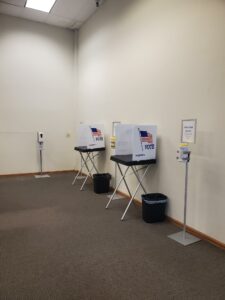 Martin says he has concerns about election security  and wants to learn more on how they are run in Washington. 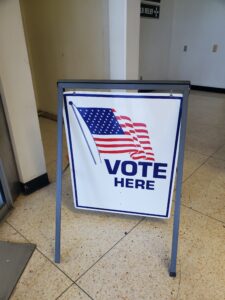 He says he’ll report back to his party about his observations.

“I think it’s important that the voters have confidence in the election system. And if we can do something here by observation and help reassure voters that this whole system is working well that I think would work to their benefit.”

The Benton County Republicans have shared misinformation about the voting process and are organizing volunteers to watch Ballot Boxes. Martin says he’s not participating in that effort, because it sounds boring.

Ballots can be returned by mail for free in Washington or dropped at a dropbox. The election ends at 8 pm on August 2nd.