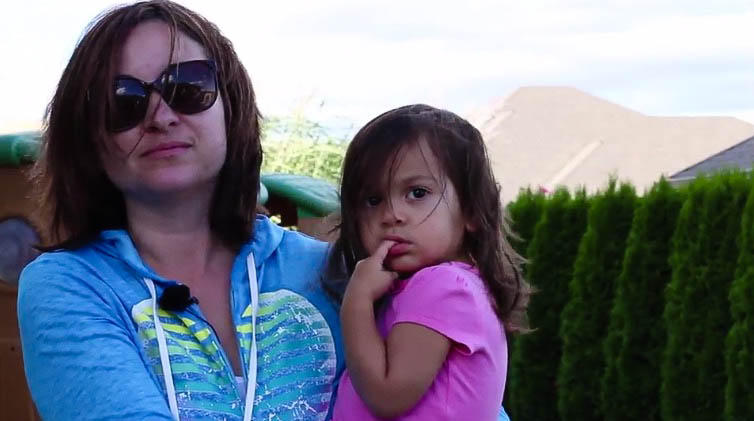 Red splotches on a map highlight former orchard lands in Yakima, all potential areas where soil still could be contaminated with lead and arsenic from pesticides sprayed around 100 years ago.

At an informational session Tuesday on the legacy pesticide contamination, 25 Yakima residents could type in their address to see if their dirt should be tested for unhealthy levels of lead and arsenic.

Tina Wilson, who coordinates communication, education and outreach with the Washington State Department of Ecology, helped people look up their addresses at the informational session and signed up people who wanted the department to test their soil.

“So, it looks like you are within orchard land as you can see there. Does that look correct? Is that your property?” Wilson said as she walked a resident through the Dirt Alert map. His property fell right on the edge of former orchard land.

The former orchard contamination isn’t new in Central Washington, but the Department of Ecology is working to get the word out and help people figure out little- to no-cost ways to protect themselves, Wilson said.

In the late 1800s, Washington’s apple growers had a problem on their hands: the codling moth, which was wreaking havoc on the industry.

Then, a pesticide appeared to take care of the pests with great efficiency. Growers sprayed lead arsenate until the pests developed a resistance to lead arsenate – later replaced by DDT.

Much later, researchers would discover that lead and arsenic don’t break down in the soil. That contamination remained in the topsoil, which became a problem when former orchard lands that are now daycares, schools and homes.

The Department of Ecology estimated more than 100,000 acres of former orchard land in Central Washington has varying levels of lead and arsenic contamination.

Such contamination could be dangerous. For example, very young children who crawl around on floors and put their hands in their mouths can face higher exposure rates in homes with lead- and arsenic-contaminated soil.

Chronic exposure to lead and arsenic can cause health problems, especially in young children, according to the Washington State Department of Health. Lead exposure is known to lower children’s IQs and cause behavioral problems. No amount of lead exposure is deemed safe, according to the Department of Health. Research has linked arsenic exposure to diabetes, heart disease and several cancers later in life.

Now, the state Department of Ecology is trying to get the word out to people in Central Washington.

“We are trying to reach out to the community to let them know that they could possibly have let in arsenic in their soil. We’re giving them tools to self-identify by going to our website and using our Dirt Alert map to inquire whether or not they should reach out to us to get a free soil testing,” Wildson said.

A day before the informational session, Sara Ditto received a letter from the department that her home she and her family have lived in for 17 years might be built on former orchard lands, which she already suspected.

Ditto said she worried about her children, the youngest now 14 years old, and her raised-bed garden, where she grows vegetables and fruit, including pumpkins, carrots, cucumbers, and peppers.

“When we moved into our home, we dug a hole for our trampoline, and moved all that dirt that we dug into a raised garden area. It did crazy good for years. And that just seemed like it’s kind of gone downhill,” Ditto said.

The family recently had their soil tested by an outside company, but not for lead and arsenic, she said, which is why she said she came to the session.

Raised bed gardening is one simple solution if a home’s soil is contaminated with lead and arsenic. However, the soil should be sourced from what’s known as clean dirt.

Other easy solutions include taking off your shoes before entering your home, washing your hands after coming indoors, mopping and vacuuming frequently, and covering exposed dirt with grass or other ground cover.

In 2020, a 34-member work group, which included developers, planners and county officials, renewed efforts to clean up lead and arsenic in Central Washington soil.

“We recently became aware within the last few years about an issue regarding lead and arsenic contamination on former orchard grounds that are being reconverted to different uses, like residential or commercial,” said Paul Jewell, director of the Washington State Association of Counties.

One solution in the works, Jewell said, will be a clean soil bank. A feasibility study, which Jewell expects will be released in the next several months, will examine business model types for a clean soil bank and where clean soil could be sourced.

“There hasn’t really been a need at this scale for that type of service in this area or throughout Central Washington. So, getting an idea of where we actually might source new materials versus how we might store or dispose of contaminated materials. Both of those are real challenges,” Jewell said.

The feasibility study also will look at where a clean soil bank could be built, he said.

“Our ultimate goal is to make it as inexpensive as possible and efficient as possible,” Jewell said.

At the same time, Jewell said, the aim is to protect human health and make sure that property owners and home buyers clearly understand the soil contamination issue. The groups hope to provide tools for people to protect themselves and their families, Jewell said.

The Department of Ecology will host another informational session from 4 – 6 Wednesday at Pybus Public Market, 3 N. Worthen St. in  Wenatchee.