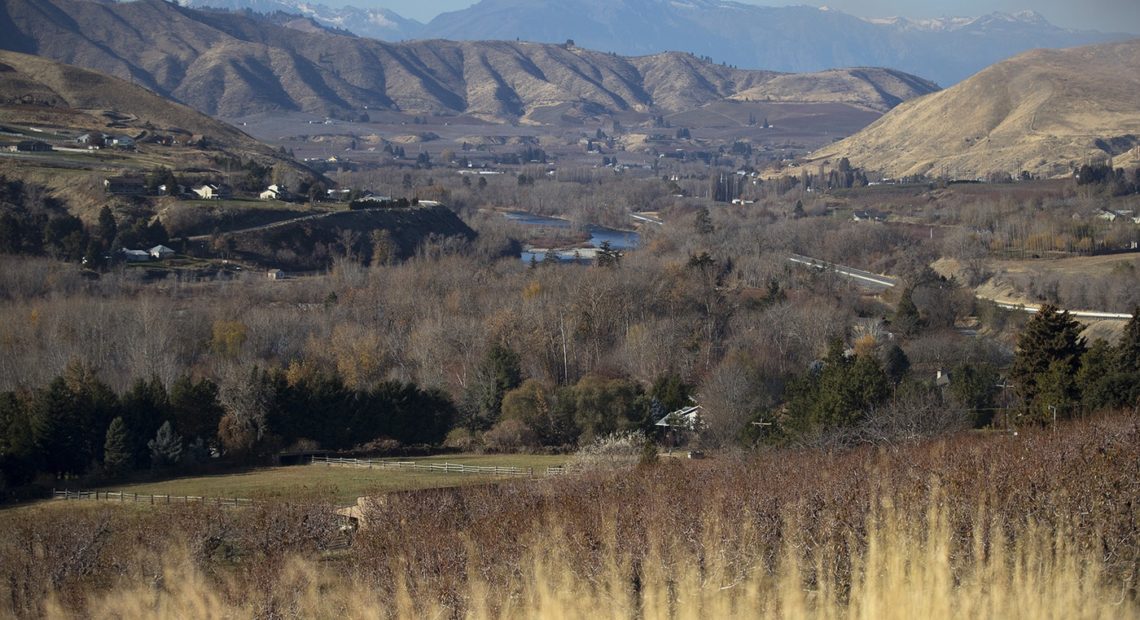 Homes, schools, parks and daycares on Central Washington’s former orchards could soon be one step closer to sitting atop less contaminated ground. A workgroup is finalizing a report to help spread the word about pesticide contamination from more than a century ago – and to give advice on how to help clean it up.

The workgroup’s final Zoom meeting is scheduled for 1:30 p.m. Thursday, Dec. 16. Meeting information is on the agenda linked here. The final report will be presented, any final recommendations will be made and the Department of Ecology will talk about a likely path forward.

County officials had recently learned of this legacy pesticide contamination, said Paul Jewell, Washington State Association of Counties’ policy director. They had raised concerns that the state Department of Ecology was about to require new regulations regarding lead and arsenic contamination. The counties wanted to work through several issues first: costs, the depth of the problem and potential solutions.

“If you become aware of a problem, there is an obligation for public servants, like counties and state agencies, to address that problem in a way that renders it safe for the public,” Jewell said. We want to make sure people aren’t unwittingly or unknowingly making an investment in a property that could cause them either health problems down the road or cause them to lose their investment down the road.”

The little-known problem has its roots in the early 1900s. Back then, apple orchards were often plagued by the codling moth. But, a solution soon helped: the pesticide lead arsenate. Orchardists liberally sprayed it to prevent the pests from spoiling apples. The consequences weren’t known for decades.

Lead arsenate breaks down into lead and arsenic in the soil. In orchard land where it was sprayed, it remains in the top layer of soil to this day. Often, these orchards have been plowed down and built over with subdivisions, schools and daycares.

Few central Washington families knew they lived in contaminated areas or were alerted when they purchased contaminated property.

In a 2015 investigation, OPB and NWPB (formerly with the collaboration EarthFix) collected soil samples in Yakima, Wenatchee and Hood River. The samples were tested to see if any contained lead and arsenic above state contamination levels, with a grant from the Fund for Environmental Journalism.

Of the 30 properties sampled, 16 contained samples showing arsenic or lead above Washington’s cleanup threshold. Just one resident was aware of potential lead arsenate contamination before reporters arrived. The testing wasn’t intended to draw conclusions about the extent or pattern of contamination.

This year, the Washington State Association of Counties asked to form a workgroup with the Department of Ecology to better understand the scope of the lead arsenate problem in the region.

According to the department, there are nearly 115,000 acres of land in central Washington considered to be historic orchards that could be contaminated.

GIS maps helped determine former orchards that had the potential to be developed in the future – and would, therefore, need cleanup.

“Using the Ecology map of potentially contaminated properties, local zoning data, and a Microsoft tool which identifies the presence of buildings using aerial imagery, it was estimated that there are roughly 17,000 acres in Chelan County and 10,000 acres in Yakima County that are potentially contaminated and candidates for future residential development,” the report says.

The report also suggests a searchable database, where people can look up their properties.

Tracking the contaminated dirt can be tough. Lead arsenate has been applied, stored and mixed in spots scattered around the region. Some contaminated soil has been unknowingly used as fill dirt. Valerie Bound, toxics cleanup manager for Ecology’s central Washington region, told EarthFix in 2015 that the agency found contamination in spots it didn’t expect.

The new report makes several recommendations on how to best clean up as new properties are built, what to do if your house currently sits on soil with too much lead and arsenic, and how to spread the word about potential contamination.

There are several ways that contaminated sites can be cleaned up, some more expensive and time consuming than others. For new residential developments, this report suggests testing and cleanup approaches that can be approved by the Department of Ecology beforehand. The department would have limited oversight, unless more is requested, which would mean a faster timeline.

A new development on a historical orchard site would be tested for lead and arsenic. If the test comes back above state contamination levels, more sampling could be done or cleanup could start.

There are different cleanup suggestions for different types of development, including:

-Soft capping: Covers contaminated soil with a colored demarcation fabric and at least six inches of clean soil and/or sod;

-Hard capping: Covers contaminated soil with a demarcation fabric and at least six inches of gravel or three inches of impervious or semi-impervious material, like asphalt or concrete;

-Excavation: Soil is removed until the remaining soil is no longer at high contamination levels – about two to three feet down;

-Mixing: Contaminated and clean soil are combined until the contamination levels are no longer at cleanup levels;

-Consolidation: Contaminated soil is moved to one spot on a property, which is then covered in a soft or hard cap.

One concern, Jewell said, is that cleanup costs for new developments could be passed onto home buyers, unless the program is completely subsidized.

Price discrepancies could be dependent on a lot of factors, like the competitiveness of the market.

“In a very competitive market, ultimately will developers be forced to sell at a lower profit margin? Or will they be able to recapture that investment. I think it remains to be seen,” Jewell said.

Different cleanup methods could be used within the same area. For example, a home’s driveway and foundation uses hard capping, while a backyard could use soft capping.

Some suggestions for helping speed up the cleanup process include:

-Creating a clean soil bank, which would make it easier to source soil that’s known to be clean;

-Virtually matching people who need clean soil (developers and homeowners) with those who have it (farmers, contractors and others);

-Creating a soil repository, or a central place to dispose of contaminated soil;

-And building a treatment facility, which could treat contaminated soil and send the newly clean soil where it’s needed. The facility would generate other waste.

If You Own A Home On Contaminated Soil:

There are best practices if you already own a home that has contaminated soil.

A few tips: Use raised beds for gardens, and thoroughly wash all your vegetables and fruit. Keep a grass covering over your soil. Remove your shoes before coming inside. Washing children’s toys and pacifiers frequently. Vacuum and dust each week.

In the report, the Department of Ecology is tasked with public education and outreach.

Beginning in early 2021, the agency would spread the word about legacy lead and arsenic contamination, and let people know how to test their properties and clean up soils. It would educate people about the best ways to reduce the dirt in their homes.

This isn’t the first time this legacy pesticide has been studied in Washington. A statewide taskforce report in 2003 made the recommendation to clean up soil at the region’s schools and daycares.

The department has cleaned up 26 public schools and two parks in central Washington. That included mostly elementary and some secondary schools in Chelan, Douglas, Okanogan, Spokane and Yakima counties, the Brewster School District soccer fields and Kissel Park in Yakima.

The 2003 state report faced pushback from politicians and industry groups that in 1989 had weathered what’s known as the “Alar scare.” A 60 Minutes report on the growth- and color-enhancing chemical caused a drop in apple sales. According to a Columbia Journalism Review article, “viewers confused a long-term cumulative threat with imminent danger. But Alar is a potent carcinogen, and its risks far outweigh its benefits.”

Around 17 years later, the push has been to find a solution and better understand exactly how big the problem is, especially for new development.

So far, Jewell said, the process was inclusive and there were quick responses when people raised concerns. He said the recommendations in the report will lead to dependable and efficient plans to clean up contaminated properties.

“The answer was not: Well, your problem is too difficult. You’re not going to solve it. That just wasn’t acceptable to us,” Jewell said. “We just needed solutions. … And I think that we’ve made a lot of progress in that regard.” 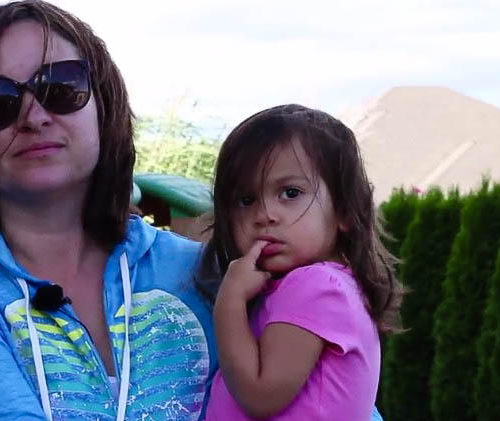 Jennifer Garcia with her daughter, Hannah, 2. Garcia found out the soil in her yard tested high for arsenic. It’s left over from pesticides sprayed before the 1950s on this… Continue Reading Does your soil have lead, arsenic contamination? Washington officials will help test soil. 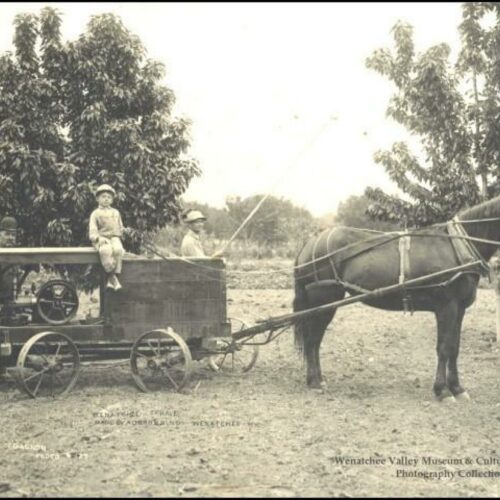 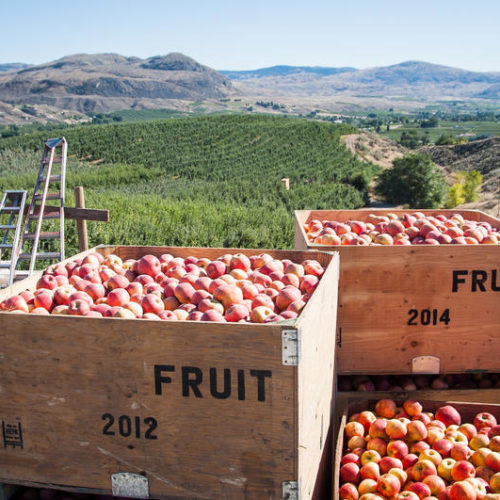 As more old orchard land in central Washington is converted into housing developments and schools, there are concerns over legacy pesticides in the soil where children play and families live. That’s especially true in Wenatchee and Yakima.
Continue Reading Group Aims To Address Pesticides In Central Washington’s Soil