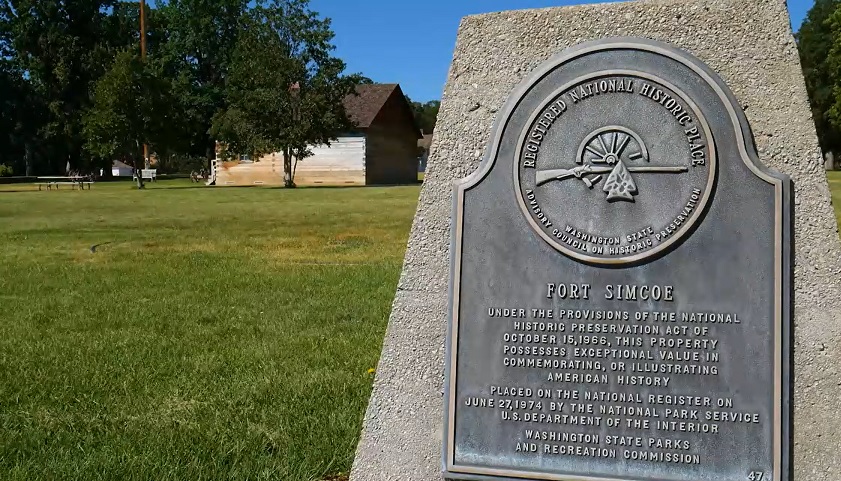 Washington State Parks Department commissioners want to involve the Yakama Nation in the reinterpretation of Fort Simcoe Historical State Park’s history. A new Tribal Relations Director would be a key player in the process.

The subject of Fort Simcoe’s historical interpretation reemerged a few weeks ago, after a King 5 News report was published about the demands from Yakama tribal members to include the boarding school’s dark history in official park narratives.

But that discussion has been ongoing since July, said Washington State Parks Department Commission Chair, Mark Brown, during a regular meeting last month.

“We would reach out to the Yakamas to find out whether they would like us to change the narrative there, or do we defer to them to tell that story but enter into a collaboration with them regarding that question,” said Brown.

Shx’my’ah Washines (Arlen Washines) is the Yakama Nation Deputy Director for the Department of Human Services. He says he talked with Washington State Parks Area Manager, John Ernster, about the land’s history, and that their conversation will continue.

“It was one of our main areas that we congregated and lived during certain times of the year,” Washines said. “That’s the that story I told, and that’s the story the state parks manager wants to tell as well.”

Washines said stories from the elders of the community will be critical to understanding the park’s history.

“Our tribal leaders, they rely especially on the elders of our community,” said Washines. “We still have some elders within our community that know and have elders that attended the boarding school. They either have pictures or stories or memorabilia of that time.”

In an email, Amanda McCarthy, the Parks Department’s communications director, wrote that the department intends to hire its first Tribal Relations Director, to help formalize engagement, build relationships and identify opportunities for collaboration and storytelling.

McCarthy said a meeting with tribal representatives is scheduled for spring 2023.

Washines said he hopes the tribal liaison will be a Native American who can help to establish connections and move the project forward. Washines said his ultimate hope is that the area will have an institution that highlights Yakama culture, traditions and language.