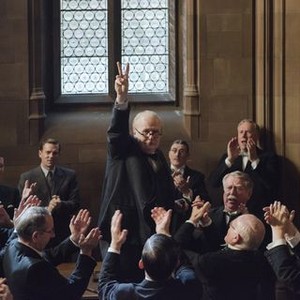 For the year’s best in filmmaking, NewsHour correspondent Jeffrey Brown sat down with Mike Sargent, chief film critic at WBAI Radio New York, and Ann Hornaday of The Washington Post. Here are their picks for 2017’s film gems:

Actor Gary Oldman becomes Winston Churchill in a cinematic piece of historical fiction that follows the life of the newly-appointed British prime minister in the early days of World War II.

“I kept watching, trying to find Gary Oldman in the makeup and the performance,” said Sargent. “But after a while I just gave up and I felt I was watching Winston Churchill…I loved it because it really gave me a sense of who the man was.”

“Mudbound is being compared to a modern day ‘Grapes of Wrath.’” said Sargent. “It touches upon a great many great important subjects, especially… blacks in the military… being poor, being in the South.”

“’Get Out’ is sort of transformative,” said Sargent. “Because ‘Get Out’ reminds us what a genre film can really do. I’ve always thought science fiction and comedy can do something that other genres can’t do, saying something about the human condition without being heavy-handed. ‘Get Out’ reminds us that horror films don’t just have to be about scares. They can be and say something about society, and this film does in such a great way, and it also reminds us of the relationship between comedy and horror.”

WATCH MORE: ‘Get Out’ dials up the scary side of race in America

“It’s a coming of age tale about a 17-year-old girl in Sacramento, California, played by Saoirse Ronan, the great Irish actress, and her…desperate attempts to break free,” said Hornaday. “Most of which are sort of crystallized in these epic fights with her mother played in this wonderful performance by Laurie Metcalf… It’s a profoundly moving story.”

“It’s about the episode in 1971 when Katharine Graham and Ben Bradley had to make a decision whether to publish the Pentagon Papers after the New York Times had been legally told not to,” said Hornady, “So the stakes couldn’t be higher… It’s just a rousingly entertaining, very deeply meaningful movie.”

“It’s about how Charles Dickens came up with ‘The Christmas Carol,’ but I didn’t know what was at stake for him,” said Sargent, “He self-published the book, and Christmas was not something that was celebrated like it is today. It was something that was kind of relegated to the poor. If you were well-to-do, you didn’t really even acknowledge Christmas, and it literally transformed the season and made people and society look at themselves, which is what good fiction should do.”

“It’s a little movie about the British propaganda office trying to get the U.S. into the war,” said Hornaday. “And so, they make a propaganda film based on a couple of evacuees, boats, civilian boats that helped evacuate Dunkirk, and it’s sort of about the production of narrative and myth. But there’s romance, there’s humor, there’s a lot of poignancy. It’s a terrifically atmospheric portrait of London during the blitz.” 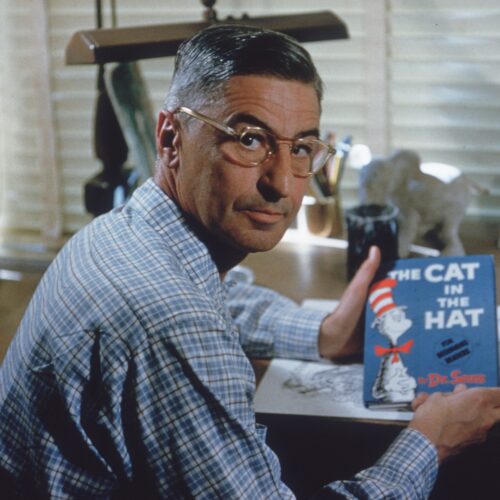 Dr. Seuss Enterprises will cease publishing six of the author’s books — including And to Think That I Saw It on Mulberry Street and If I Ran the Zoo — saying they “portray people in ways that are hurtful and wrong.” The books have been criticized for how they depict Asian and Black people. Continue Reading Dr. Seuss Enterprises Will Shelve 6 Books, Citing ‘Hurtful’ Portrayals 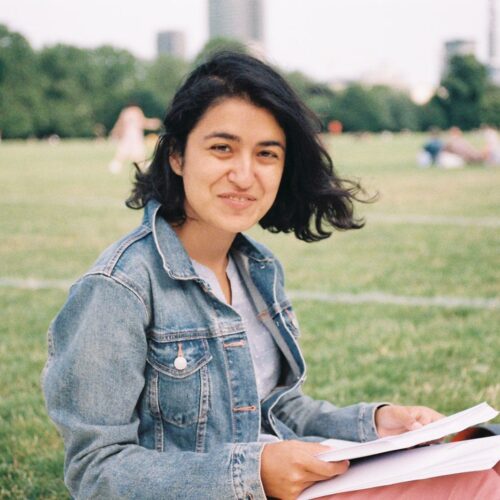 In ‘Girlhood,’ Teens Across The Globe Write About Their Everyday Lives

NPR talks to Ahuja about the inspiration and process behind capturing the girls’ ordinary lives: their hopes, dreams, anxieties and frustrations. Continue Reading In ‘Girlhood,’ Teens Across The Globe Write About Their Everyday Lives 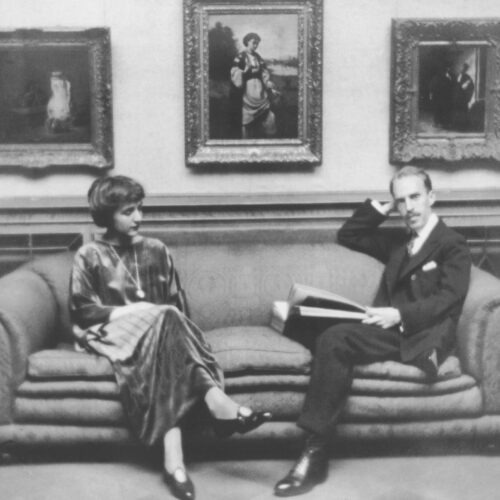 One hundred years ago, America’s first museum of modern art opened in a private mansion in Washington, D.C. Founder Duncan Phillips was an early collector of Picasso, Matisse, Van Gogh. The Phillips was the first to buy a Georgia O’Keeffe. Decades ago, in this city of museums, it became my favorite one. Continue Reading Happy Birthday To The Phillips Collection, America’s First Museum Of Modern Art