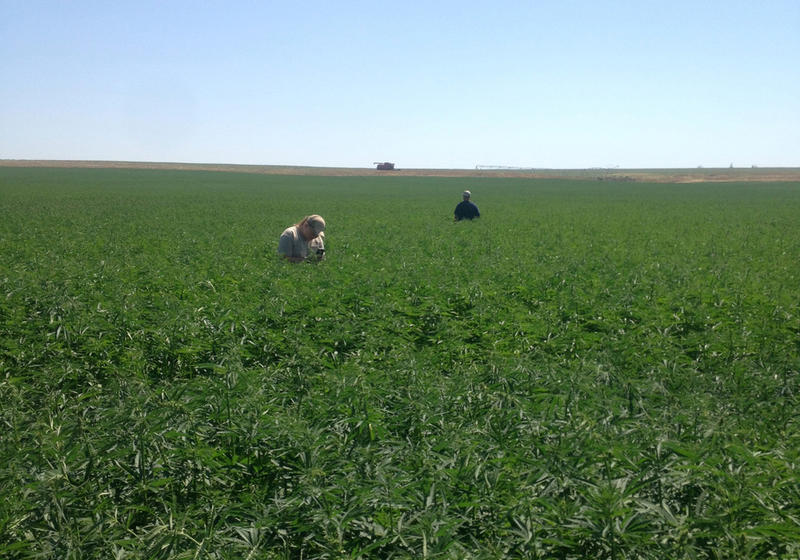 Washington Hemp Growers In Limbo, Some Cast Eyes To Oregon

A regulatory snafu in Washington state has industrial hemp farmers in limbo over planting a crop in 2018. Some of them are looking to shift acreage to Oregon.

Hemp is the non-drug variety of the cannabis plant. Consumer products made from hemp include hemp oil, hemp protein powder, hemp flour and dietary fiber, cosmetics, clothing and construction materials.

Hemp entrepreneur Cory Sharp of Moses Lake has big plans to expand on last year’s inaugural planting of legalized industrial hemp in Washington state. But those plans are on hold because the Washington Department of Agriculture ran out of money to process permit applications and oversee the crop.

“In the hemp industry—I’ve been doing it for two years now—every day you take one little step. You try not to take one step back. You try to take one step forward,” Sharp said. “Right now we’re in a position where the Washington state hemp program is kind of at a precipice. Do we continue forward or do we fall back?”

Sharp and at least one collaborator in the hemp food business are lining up Oregon farmers to grow hemp for seeds and fiber as a backup. The State of Oregon’s hemp oversight program reaped permit fee revenue from a surge in grower and processor interest last year that looks to continue this season.

“We’ve realized that doing what we want to do in Oregon is a whole lot easier than doing it in our own state, which is really disappointing but also on a financial level is reality,” said Sharp, the CEO of HempLogic, in an interview.

CBD extraction accounts for part of the expanded interest in Oregon in hemp agriculture. CBD, the acronym for cannabidiol, is a non-psychoactive cannabis compound sought after as an over-the-counter medication for the treatment of inflammation, epilepsy, nausea and other conditions.

Industrial Hemp Association of Washington lobbyist Bonny Jo Peterson said she is trying to secure $145,000 annually through a state budget proviso or standalone legislation to sustain the hemp program for another two years.

“There is a lot of excitement and a lot of movement to get this program funded by March 8,” Peterson said, referring to the scheduled adjournment date of Washington’s current legislative session.

Peterson said legislators funded the pilot hemp program for 2017 and then were hoping license fees would cover regulatory oversight after that. But licensing revenue has fallen short.

Sharp urged potential hemp farmers and processors in Washington to submit permit applications for the 2018 growing season despite the uncertainty in order to demonstrate to policy makers the level of industry interest.

Sharp himself is diversifying his company by partnering with a Colorado farm equipment manufacturer to build a mobile processing machine. This would address a lack of processing capacity to turn hemp stalks into marketable fiber, which has presented another barrier to revival of hemp agriculture in the Pacific Northwest.

He said the “mobile hemp decortication system” could potentially rotate through as many as 20 states that have legalized industrial hemp. 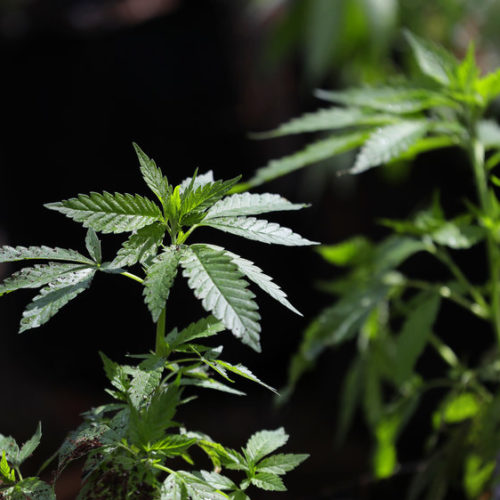 The U.S. House on Wednesday passed a landmark bill aimed at helping the fast-growing legal cannabis industry. Backers of fully legalizing marijuana said the 321-103 vote in favor of the so-called “SAFE Banking Act” is a key victory in their drive to bring the drug out of the legal shadows. Continue Reading U.S. House Passes Landmark Bill On Marijuana Business Banking, Fate Uncertain In Senate 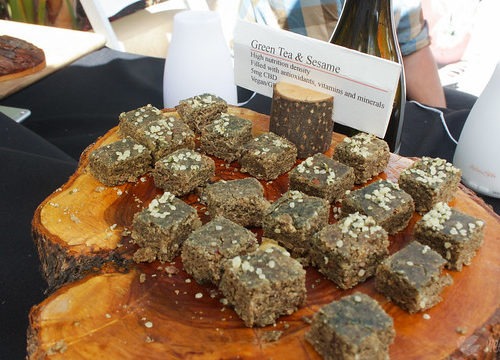 Washington Stores Can No Longer Sell CBD-Infused Foods And Drinks

The state Department of Agriculture has recently clarified that CBD is not allowed as an ingredient in traditional foods. CBD is a derivative of the hemp plant that’s used widely in lotions and supplements, but it does not have the psychoactive effects — the high — of marijuana. Continue Reading Washington Stores Can No Longer Sell CBD-Infused Foods And Drinks 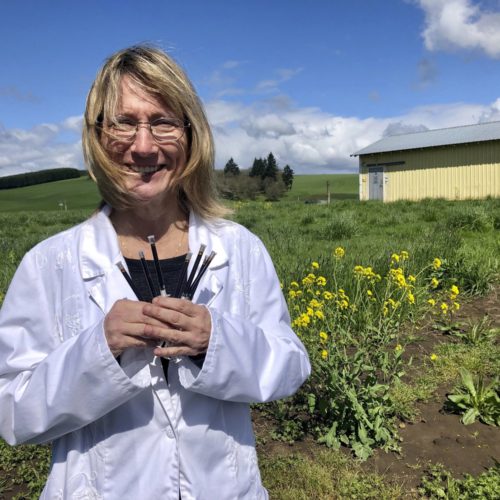 Researchers hoping to study marijuana for scientific and medical purposes are one step closer to expanding their limited supply of the plant. This week, the federal government announced it would begin processing dozens of pending applications for permission to cultivate the plant for scientific research. Continue Reading Researching Medical Marijuana May Soon Get Easier With DOJ Allowing More Applications