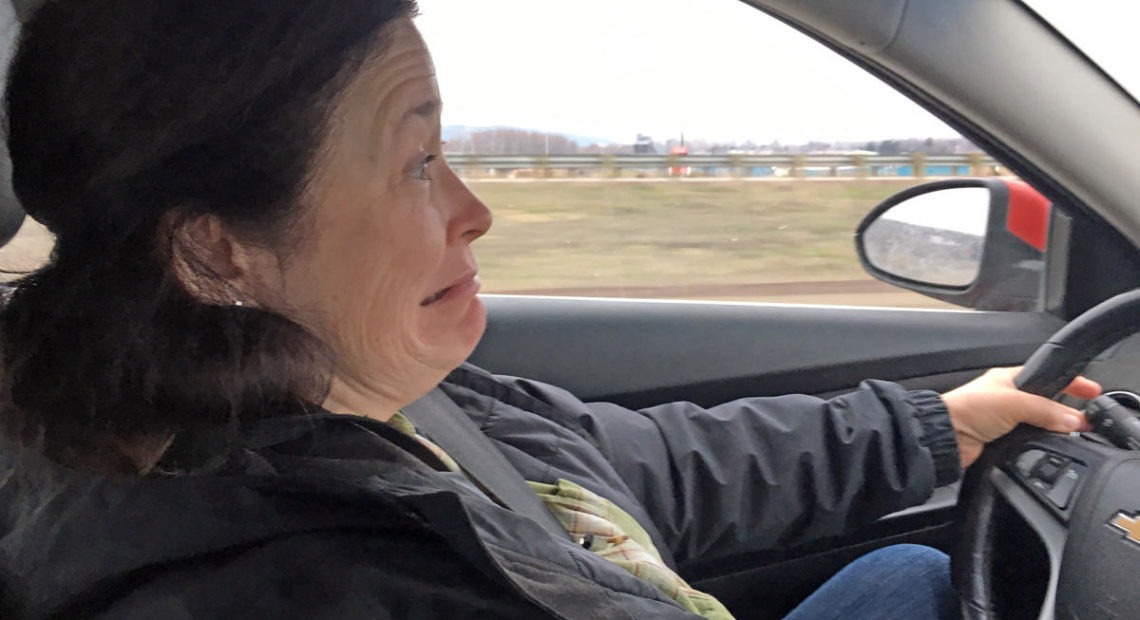 The emergency seems to be over for now at the slow-moving landslide at Rattlesnake Ridge near Yakima. The state has taken down the warning signs and lights on the highway below.

But for some, the drive is still nerve wracking. They’ve coined a phrase for driving quickly past the slide: “Shooting the Gap.”

Roberta Vining lives amid neat orchard rows and expansive vineyards outside of Grandview. Nearly every morning she scrambles out of bed early to get ready for her commute.

Vining works in Yakima at a large call center for a major warehouse company. It’s about a 45 minute drive west. But it takes her on Interstate 82—right by the landslide at Union Gap.

She always checks the Washington Department of Transportation website to see if the slide’s moved. But that’s not enough reassurance for her.

When she gets to that mile patch of Interstate, she sometimes guns her car to get past it.

“You see the crack,” she said with a laugh.

Lots of people in the Mid-Columbia feel this same way—even though a new report says the slide is not an imminent threat.

Vining said the hard part is that this could go on for decades.

“I think you get that spot where you don’t worry so much about something because you get so used to it being there,” she said. “And that is what makes me afraid—is I’m just going to la-dee-dah, and so is everybody else that drives through there on a daily basis, and something will happen.”

But despite her fears—and like the more than 30,000 vehicles that travel through here daily—she keeps driving it.