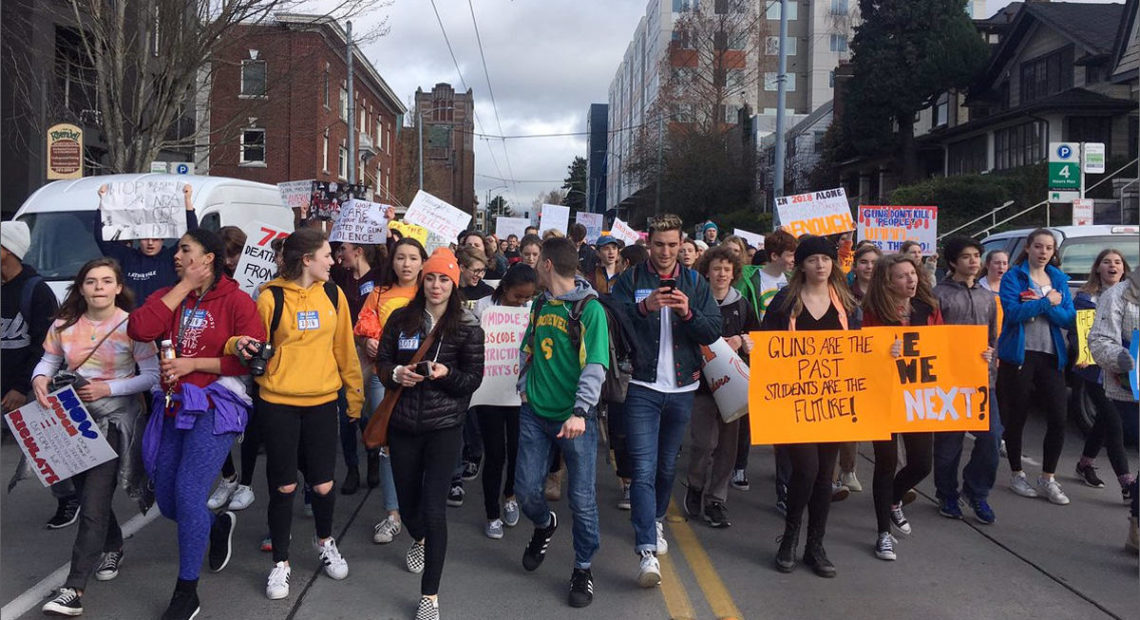 Students from across the Northwest joined a nationwide walkout Wednesday, March 14, to demonstrate for greater school safety, to address gun violence and to remember the 17 people killed in February’s school shooting in Parkland, Florida.

Classrooms emptied out at 10 a.m., with many schools holding 17-minute-long ceremonies to mark each of the students, teachers and staff killed at Marjory Stoneman Douglas High School exactly one month ago today.

At YV Tech school in Yakima, which focuses on technical and career-track education, students in the law enforcement class demonstrated by laying on the ground inside the school’s common area and forming the number 17, to commemorate the Parkland students. Some of the YV Tech students had fake blood on their faces and wore signs saying “Don’t let this happen again.” 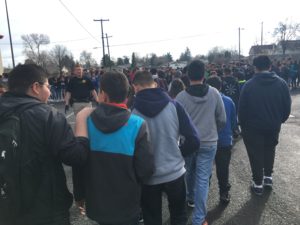 Jennifer De La Torre, 17, was one of the students in the demonstration. She’s in the afternoon law enforcement class at YV Tech, and she hopes to be a police officer one day.

“I do feel safe, but at times I feel like someone could come in here with a gun and nobody would know,” she said.

She worries that despite feeling safe, the school is not as prepared as it thinks.

Cole Lantrip was also in the demonstration. He’s thinks arming teachers may be a potential solution for students to feel safer.

“I just think that we need to have more security, maybe arm some of our teachers like they do in Toppenish,” Lantrip said. 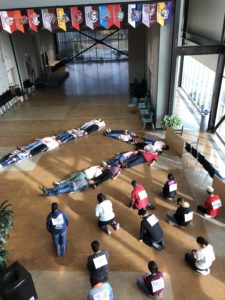 Students at Yakima’s YV Tech school demonstrated by forming 17 on the ground to remember the 17 students killed in Parkland, Fla. CREDIT: JANET CHAVEZ

About 300 of the school’s 900 students chose to walk outside. Those 17 minutes were symbolic for students in a district where guns and schools are a hot topic.

The Toppenish School District currently has 19 armed administrators. School teachers remain unarmed but Superintendent John Cerna carries a concealed gun. The names of other administrators who have permission to carry have remained anonymous for safety reasons.

In Seattle, students from Roosevelt High School left school and marched through the streets holding signs and chanting slogans for gun control. They and other students from nearby high schools, including University Prep and Nathan Hale High School, joined a large gathering at the University of Washington’s Red Square.

At Jefferson Elementary School in Pullman, Wash., students gathered in the assembly hall and gym for a safety talk with police and fire department representatives. Student organizers had called for a walkout demonstration, but school administrators adjusted to a school-wide assembly over safety concerns.

Alden Duff, 10, was one of the student organizers. He wanted to talk about gun control, but school officials asked him to stay away from that topic in light of so many younger kids in the audience. 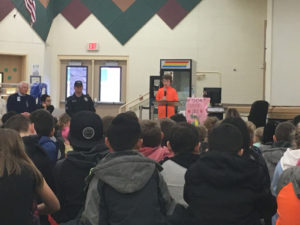 “We had heard about all the school shootings lately. And we wanted kids to feel safer in their schools. So we thought this would help,” Duff said. He told fellow students to talk to him if they wanted to hear what he’d wanted to say before school officials asked him to avoid gun-related topics.

Student Sam Leonard helped his friend organize the assembly. He read a list of names and information about the victims of the Parkland, Fla., school shooting one month ago.

“I wanted people to know how their lives were lost, because they had their whole lives ahead of them,” Leonard said.

The assembly ended with what principal Craig Nelson called a “kindness activity,” meant to have students talk to 17 other people they normally don’t talk to so they can feel more connected to each other as a school community.

“As always, we say if you see something, say something,” Nelson said.

At Marysville Pilchuck High School in Marysville, Wash., social media posts showed students standing in the shape of a heart on the school’s football field. In 2014, the school was the site of a shooting, when a student shot four students before turning the gun on himself.

The room in Ellensburg city hall where the event took place was full of community members, ready to listen.

Coral Neumiller, 13, attends Easton School in the upper Kittitas Valley, with fewer than 150 other students.

Neumiller says it’s easy for students in her school to access guns given the strong hunting lifestyle in the area. She says technology also makes it easier for students to bully one another, and that in her experience, nothing seems to be done for students who do bully other classmates.

“No one really says anything to an adult because we all know that when we were little, and something would happen, we would tell, but nothing would happen,” she said. “The adults wouldn’t do anything about it. So now when one of us is being bullied, we don’t say anything because we know nothing is gonna be done about it.”

Reporting contributed by Esmy Jimenez in Yakima, Toppenish and Ellensburg, Scott Leadingham in Pullman, and Deborah Wang and Derek Wang in Seattle. 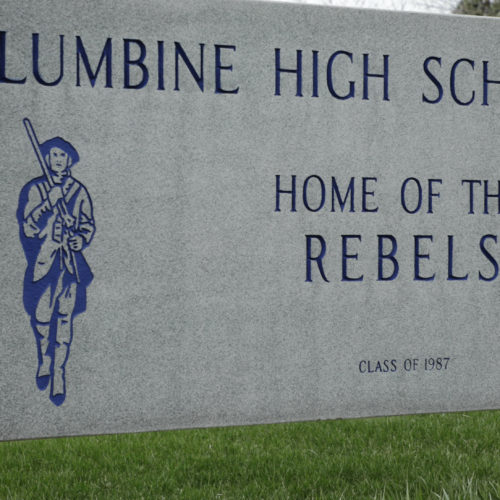 How Are Schools Securing Classrooms? Colorado Is A Model Based On Past Tragedies

School shootings have become a tragic reality of modern American life. How can school administrators prepare for the worst-case scenario? Continue Reading How Are Schools Securing Classrooms? Colorado Is A Model Based On Past Tragedies