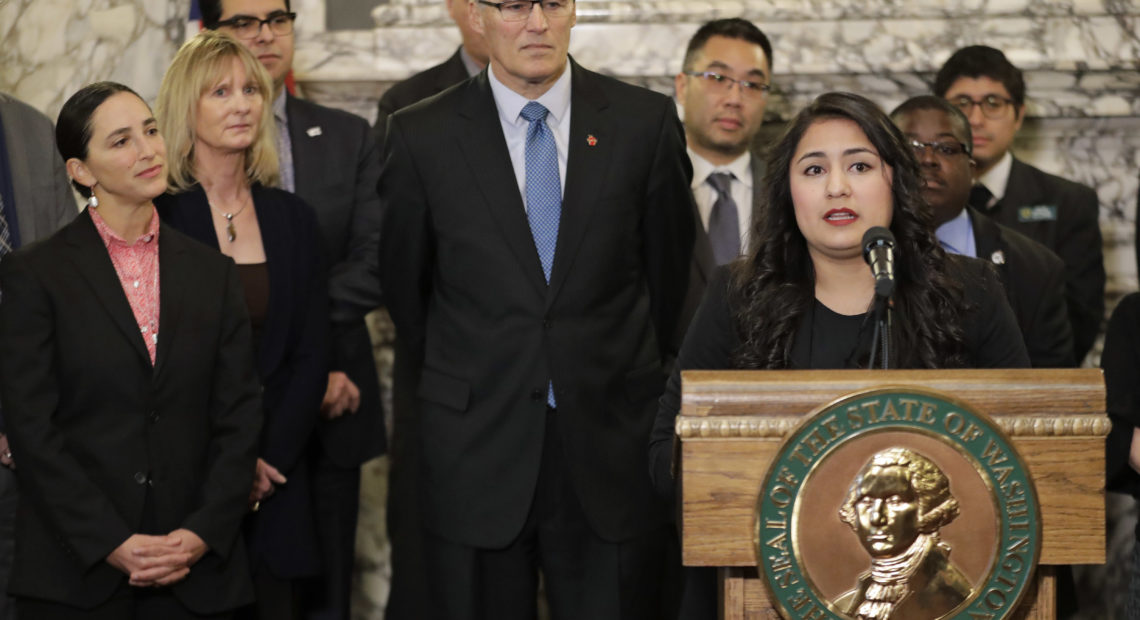 Governor Jay Inslee signed the Washington Voting Rights Act this week. It’s a move that has long been awaited by Democrats, but kept failing in the state legislature.

The roots of the law are in Yakima and a case that began six years ago with representation of Latino residents on the city council.

Two Yakima residents, Rogelio Montes and Mateo Arteaga, looked at their city and saw something fishy. Despite the city being over forty percent Latino at the time, the city council didn’t have a single Latino or Hispanic representative.

The pair teamed up with the ACLU of Washington and sued the city, claiming it violated the federal Voting Rights Act.

They claimed Yakima diluted the votes of Latino constituents by using a city-wide election process. That’s why Latinos had never been able to elect a councilmember who represented their interests.

And the courts agreed. The city had to change its voting system in 2015. Through the new process, voters had district-based elections.

Abha Khanna was an attorney on the voting rights case.

“One of the collateral benefits of winning in Yakima was having other jurisdictions stand up and take notice,” Khanna said. “As I understand it, the Washington Voting Rights Act really harnesses that and invites jurisdictions to see if there is a problem, to investigate the problem themselves, and to make affirmative changes.”

Through the new voting process, three Latinas were elected to the Yakima City Council.

Washington joins California as the second to establish a state-level voting rights act, allowing local governments to fix their voting systems to be more equitable.

Washington state lawmakers have voted to automatically restore voting rights to people who have been released from prison after committing felonies,
even if they’re still on parole. With the support of majority Democrats, the state Senate passed the measure 27-22 Wednesday night, following earlier approval by the House. It now heads to Democratic Gov. Jay Inslee, who is expected to sign it. Continue Reading Washington Legislature Passes Bill Granting Voting Rights To Felony Parolees