Washington Supreme Court justices are in northeastern Washington May 8 to hear three cases in Nespelem, where the Confederated Tribes of the Colville are headquartered.

Legally, this land is sovereign— which means it’s a separate nation. It may be the first known time state Supreme Court proceedings have happened on sovereign tribal land.

Justices seated on Washington’s Supreme Court have been visiting communities around the state three times a year for roughly a decade as a way to demystify the judicial process and engage the public.

“Education is always helpful and we are learning and we’re thinking of things we haven’t thought about before,” Associate Justice Steve Gonzalez said.

Anita Dupris is the chief justice for the Colville Tribes’ Court of Appeals.

“It’s really actually ground breaking for tribes to actually have the Supreme Court or a state court with this much prestige to come to our reservation,” Dupris said. “And it does show a respect to the tribes and the tribal courts and it shows the working relationship that we have developed over the past few decades.”

During a public forum, the justices openly answered questions on everything from the level of diversity on the panel, to equal justice under state and sovereign laws and even how to run an election campaign. Washington Supreme Court Justices are elected by the public. 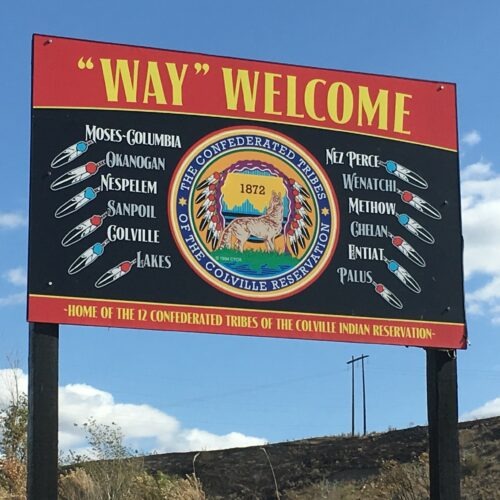 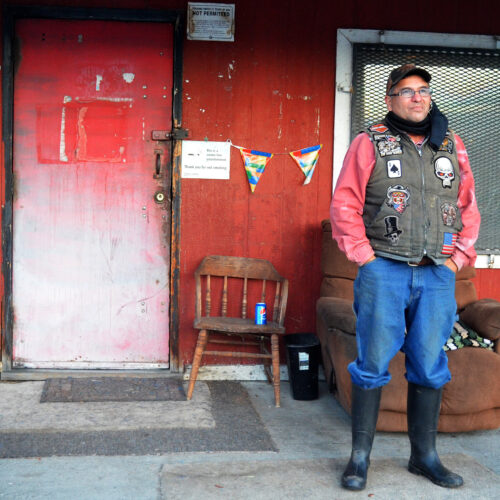 COVID-19 cases are hitting record highs throughout the state. And the reservation’s borders are fluid, so even the tribe’s extensive precautions haven’t been enough to fully protect Colville members. About 300 people on the Colville Reservation have tested positive for the coronavirus. Continue Reading ‘Last Little Hurrah’ Thwarts Colville Tribes’ Effort To Keep COVID-19 Off Reservation