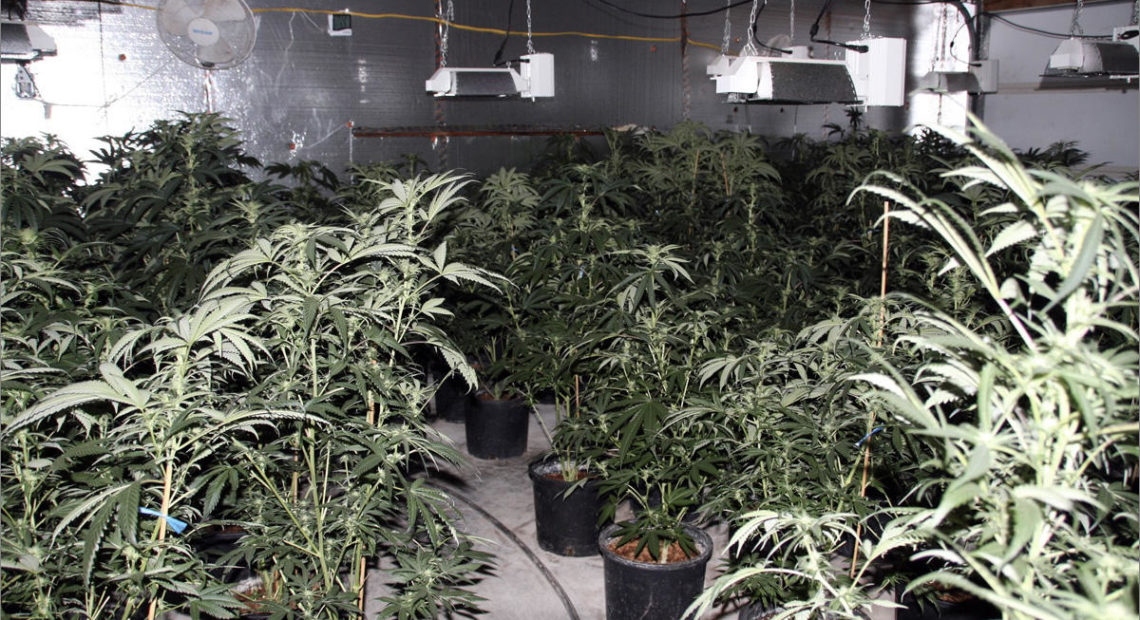 Earlier this week in Tacoma, Washington, police tactical squads staged coordinated raids on middle class homes converted into indoor pot farms. What the authorities found follows a recent pattern in West Coast states: all of the marijuana growers arrested were immigrants from China who spoke little or no English.

They were hiding in plain sight and that worked for at least a little while. The six homes suspected of illegally growing marijuana don’t look like drug houses from the outside. For example, one on South Tyler Street is an off-white rambler on a corner lot with a bicycle leaned against the wall. The six-foot tall privacy fence is a little out of character for the block in the multi-ethnic neighborhood, but what drug detectives noticed were the fairly new commercial air ventilation ducts cut into the outside of the house on several sides.

Several anonymous calls from neighbors about “strong marijuana odor” first put the address on the police radar. Further investigation revealed an extraordinary spike in electricity usage on the property’s residential utility bill, another common tip off.

Inside the house were nearly 500 pot plants growing under artificial lights and fans. They filled most of the home’s rooms. Neither this one nor the other homes raided Monday were licensed under Washington state’s regulated legal marijuana system.

Pierce County Deputy Prosecutor John Sheeran charged eight Cantonese speakers with drug felonies that to him fit under the umbrella of organized crime.

“It is much more extensive, complex, sophisticated than anything we’ve seen here in recent years,” he said.

Sheeran’s case is just the latest in a spate of indoor pot growing takedowns in Washington and California involving Chinese immigrants and possible financing from China.

Last November, the Grays Harbor Sheriff’s Department led a sprawling, three-county bust of 50 properties stretching from Ocean Shores to Bellevue. On the first day, deputies arrested 44 Chinese nationals and seized 12.7 tons of marijuana along with gold bars and stacks of $100 bills. 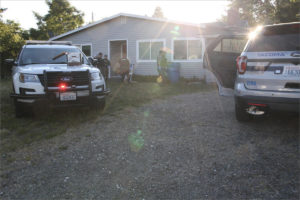 This home was one of six raided by officers in South Tacoma early Monday. Nearly all of the interior rooms were converted to grow marijuana. CREDIT: TACOMA POLICE DEPARTMENT

That was followed by separate raids in January and March where Chinese speakers were arrested at a string of grow houses near Olympia and Chehalis. In April, 74 suspected Chinese grow ops were raided in a two-day sweep around Sacramento that was so large it drew notice and praise from U.S. Attorney General Jeff Sessions himself. In May, coordinated raids of grow houses between Seattle and Tacoma landed a family of legal Chinese immigrants behind bars on federal charges.

”We’ve had large marijuana grows before. We had a case just a few weeks ago with 3,000 plants, but it was in one house. It was maybe a couple of different defendants that were operating a small organization,” Sheeran said. “This is clearly something much bigger, more complicated. I think we’re just beginning to see the tip of the iceberg with it.”

“It appears that word spread that it’s a good business to get into, so people got into it,” he said. “I think because of the recent decriminalization of marijuana in this state these folks maybe thought they wouldn’t get in that much trouble if they got caught doing it. That’s what it looks like.”

Walker and fellow deputy prosecutor Randy Trick steer away from terminology like “cartel” or “drug mafia” and even hesitate to use “organized crime” to describe the peculiar pot growing network they are dealing with.

“I don’t think it would be fair to compare it to your stereotypical mob family where everybody knows everybody and you have ‘made’ men and things like that,” Trick said during a break between preliminary hearings Monday.

State and federal authorities allege the large quantities of seized marijuana were destined primarily for black markets on the East Coast where weed commands double to quadruple the price found in pot-legal states.

One of the Grays Harbor defendants who is out on bail, the brother of another jailed suspect and two defense attorneys politely declined to tell their sides of the story. But court documents and court appearances help to paint a picture. 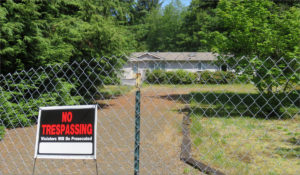 The dozens of accused range from twenty-somethings to late sixties in age. They are male and female. Some have been in this country so long they are naturalized U.S. citizens. Many are green card holders. There are single men, married couples and families with children.

Some may be victims of human trafficking. Some previously had legitimate jobs, for example running a Chinese restaurant in Elma, Washington. A lot of the accused moved to the West Coast from somewhere back east judging from evidence such as Pennsylvania license plates, a New York driver’s license or a plane ticket from Georgia.

“I will note we didn’t find guns,” Sheeran said outside a Tacoma courtroom. “So this is not a violent group looking to defend their property in any kind of violent way. This is a money making venture. This is a conspiracy to make money illegally.”

A limited number of guns were seized this spring at other grow houses raided separately in the Sacramento and Seattle areas.

Court records and interviews in Grays Harbor County, where the huge bust was nicknamed Operation Green Jade, gave indications some of the arrested Chinese nationals were indentured workers.

A statement filed with Grays Harbor Superior Court in the case of 54-year-old Pei Wu described him as “a victim of human trafficking that caused many of the low-level tenders to take care of these illicit crops” for little or no money.

“Mr. Wu’s ID, passport, and other documents were kept by others in New York,” the prosecutor’s sentencing recommendation noted.

In Grays Harbor County, the state charged more than two dozen people whose names were on property deeds, were paying the big utility bills, or were seen visiting multiple properties (i.e. “middle management”) or who re-offended within days. An additional 31 or so immigrants were arrested and released without charge in late November because detectives determined them to be victims of human trafficking or peripheral to the conspiracy.

U.S. Attorney for Western Washington Annette Hayes wrote an op-ed about all this three weeks ago. She said Washington state policymakers should set aside a percentage of tax revenue from legal weed sales —as Oregon does—to step up enforcement against illegal grow operations.

At least three of the Chinese immigrants arrested in the Grays Harbor County raids are now in ICE custody in Tacoma facing deportation. However, China is on a Department of Homeland Security list of countries judged “recalcitrant” for refusing to take back many of its citizens who have been ordered deported. A felony drug conviction makes a non-citizen deportable from the U.S., but it remains unclear whether China will accept any of these pot growers.