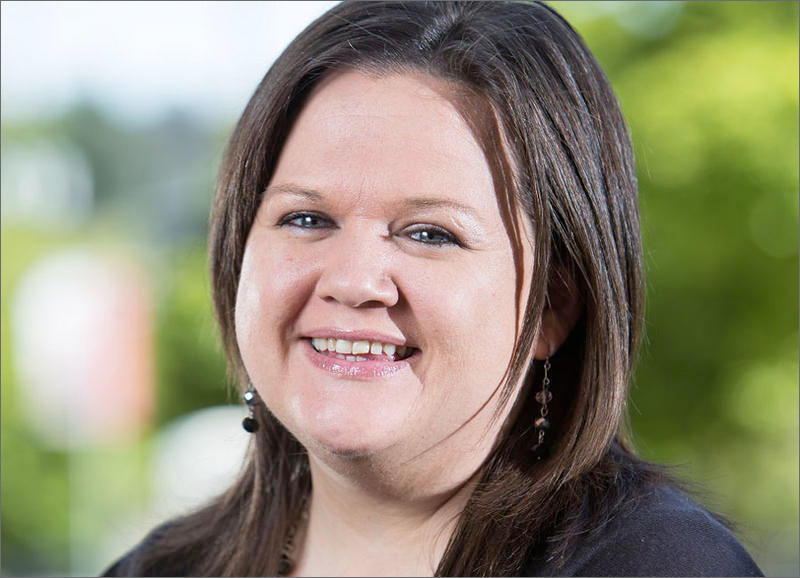 The past eight months have been a whirlwind of victories for Tarra Simmons—an honors law school graduate with a criminal past.

In November, the Washington Supreme Court overruled the state bar associationand said Simmons could sit for the bar exam despite her felony record. In February, she took that test. In April, she found out she passed and in June she was formally admitted to practice law in Washington.

Since then, Simmons has been working for the Seattle-based nonprofit Public Defender Association helping previously incarcerated clients with the legal and financial challenges of re-entering society. She also runs her own nonprofit focused on criminal justice reform.

But this week something happened that Simmons could not have anticipated. A political mailer started showing up in mailboxes in the 26th Legislative District that attacked a Democratic candidate for state Senate, Emily Randall, for supporting Simmons in her bid to become a lawyer.

“Emily Randall (D) has consistently failed to back our law enforcement, yet Randall has supported Tarra Simmons, a drug addicted ex-con who was denied admission to the Washington State Bar Association due to multiple felony convictions,” the mailer read.

“I just think it’s really disappointing,” said Randall. “I believe in second chances and I know that the police force and law enforcement agencies in our community do too.”

Last November, Randall posted to Facebook a message of support to Simmons as she prepared to make her case before the state Supreme Court. “Rooting for Tarra Simmons, her legal team and civil rights today!” Randall wrote.

After Randall saw the mailer, she said she called Simmons. “I was really angry,” Randall said. “I don’t think it’s appropriate or fair to bring Tarra into this especially in the way they misrepresent her.”

In an interview Tuesday morning, Simmons said she first found out about the mailer when a friend sent her a screenshot of it on Monday night.

“I was literally shocked,” Simmons said. “I’m not running for public office, so I didn’t even know that I was susceptible to these types of attacks.”

Simmons said she has met Randall a couple of times and has endorsed her for state Senate, but generally tries to steer clear of partisan politics. Instead, Simmons said her focus is on criminal justice reform in the Washington Legislature—an issue she considers bipartisan.

“I’ve always tried to work on both sides of the aisle to meet a common goal which is to allow people the ability to rebuild their lives, to save taxpayer money on over-incarceration, allow people to be set up for success, instead of failure, so they won’t come back to prison,” Simmons said.

In a Facebook post responding to the mailer, Simmons wrote: “Part of me is happy over this nonsense … I’ll take it as a compliment that you thought about me, and I’ll keep leading with the truth while y’all sit up here and throw stones at people who’ve done their time and have fought through pain that would make you crumble.”

One Republican state lawmaker quickly came to Simmons’ defense. “I am proud to support you,” wrote 26th District state Rep. Michelle Caldier on her personal Facebook page. “I am appalled that you were personally attacked.”

In a phone interview, Caldier expanded on her support for Simmons and her concern over the mailer.

This political mailer has shown up in mailboxes in Washington state’s 26th Legislative District. It attacks Democratic candidate for state Senate, Emily Randall, for supporting Tarra Simmons in her bid to become a lawyer. CREDIT: WA FORD/THE LEADERSHIP COUNCIL

McClendon too said he thought it was inappropriate for a political mailer to invoke private citizens who aren’t related to the campaign.

“This is not coming from us, we wouldn’t generate an ad like this, me personally or my campaign, but this isn’t something we have control over,” McClendon said.

Simmons’ path to redemption has been a long, arduous and fraught journey. After a troubled childhood and brushes with the law, Simmons became a nurse. But in 2010, after the death of her father, she started using meth and prescription drugs. She was arrested three times in 10 months and eventually went to prison for delivery of Oxycodone, possessions of marijuana with intent to deliver and unlawful possession of a firearm.

When she got out in 2013 her life was in tatters. She’d lost her home to foreclosure, she was bankrupt and she couldn’t get a job. She was also a single mother.

Through it all she got help—from lawyers. They got her through her foreclosure, her bankruptcies and her family law issues relating to her children. They also saw promise in Simmons and encouraged her to do something that seemed impossible: apply to law school.

With their encouragement, she did and in 2014 Simmons was admitted to Seattle University School of Law. She received a series of awards, honors and grants culminating in 2017 when she became only the second law student from Washington to ever receive a prestigious national Skadden Fellowship. Simmons was awarded that fellowship to work with recently released prisoners.

Simmons went on to graduate from Seattle University and was awarded the Dean’s Medal. But her road to redemption faced a major hurdle: in April 2017, the Washington State Bar Association’s Character and Fitness Board, on a vote of 6 to 3, recommended against Simmons’ admission to the bar. It seemed her past had caught up to her.

With the help of a bank-robber-turned-lawyer named Shon Hopwood, who now teaches at Georgetown Law School, Simmons challenged that ruling all the way to the Washington Supreme Court where she prevailed.

“I’m just overwhelmed,” Simmons said last November shortly after receiving word of the Supreme Court’s order in her favor. “I went to my knees crying because it’s been such a long and painful journey.”

Vindicated, Simmons resumed pursuit of her legal career. Last March, her story of redemption, second chances and breaking the patterns of abuse and addiction within her family was chronicled by NPR’s “Invisibilia.”

Simmons said after she saw the flyer Monday night, she couldn’t sleep.

“I’ve fought so hard to rebuild my life and it’s been a lot of hard work and a lot of other people are trying to do the same thing and when you do this, you push people back down,” Simmons said, adding that she thinks as a political tactic it will “backfire.”