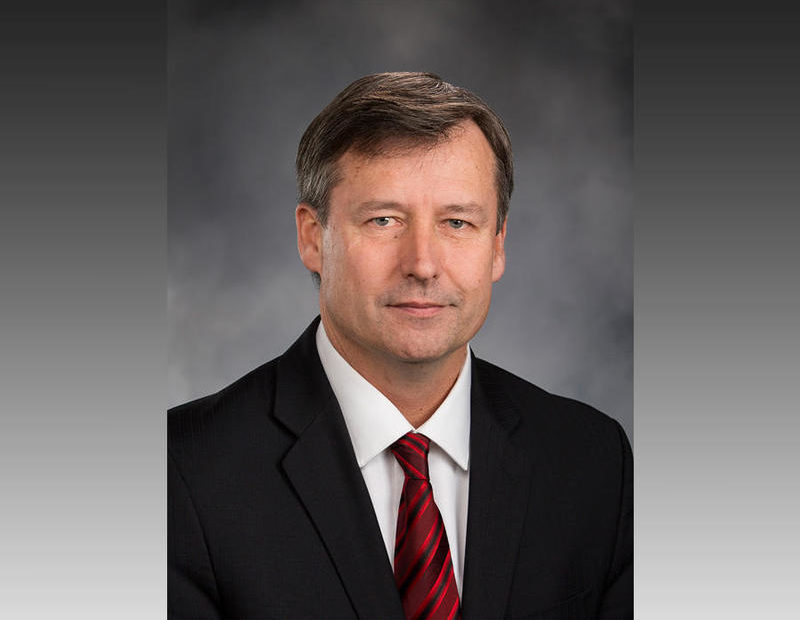 House Republican leaders on Friday called on embattled state Rep. Matt Manweller (R-Cle Elum) to resign. The move followed the publication of a story by the public radio Northwest News Network (which includes NWPB) earlier in the day detailing an alleged sexual relationship between Manweller and a 17-year-old former high school student of his in 1997.

“I am deeply saddened and disappointed by the story shared in the well-documented piece from the NW News Network,” said House Republican leader J.T. Wilcox in a statement released late Friday. “What Matt did was wrong.”

The statement went on to say: “Our leadership team has asked Matt to resign from his position as state representative. Our entire caucus will discuss this issue early next week.”

A conference call has been scheduled for 9 A.M. Monday, according to Wilcox.

Manweller, who has denied the new allegations amid a re-election campaign, did not immediately response to a request for comment. The Seattle Times reported that he plans to issue a statement on Monday.

The demand that Manweller resign his seat came less than a month after House Republican leaders said it was up to voters in the 13th Legislative District to decide if Manweller should continue serving.

That statment followed Manweller’s firing from Central Washington University (CWU), where he was a tenured political science professor. CWU terminated him after a months-long investigation that found Manweller had engaged in a “pattern of unprofessional and inappropriate behavior” toward current and former female students over a 13-year period.

Manweller is suing for wrongful termiantion and has accused the university of “manufacturing” allegations against him. He was previously investigated by the university in 2012 and 2013.

In an interview late Friday, Wilcox, the House Republican leader, said the decision to ask Manweller to resign came after an hour-long conference call with his leadership team.

“We talked quite a bit about whether this was a matter of right or wrong or politics and I think we all came down on the side of this is about right or wrong and that’s what we tried to let guide us,” Wilcox said.

Wilcox added that his conversation with Manweller to relay the news was “private and painful.”

“I’m not sure what Matt’s going to do in the future and that’s up to him,” Wilcox said.

If Manweller refuses to resign, the House could expel him with a two-thirds vote of the membership. However, Wilcox said to his knowledge the Legislature has never refused to “seat a member.”

House Democratic Leader Pat Sullivan said the call by House Republicans for Manweller to step down was overdue.

“I asked Manweller to resign almost a year ago,” Sullivan noted.

Manweller previously lost his leadership position and his role as the ranking Republican on the House Labor and Workplace Standards Committee.

In the story published Friday by the Northwest News Network, a former high school student of Manweller’s from Idaho said she had a sexual relationship with him that began in the summer of 1997, shortly after she had graduated, when she was 17 and he was a decade her senior.

“He knew better, he was older,” said the woman, who asked not to be identified because she didn’t want to be publicly connected to Manweller.

Under Idaho state law at the time, sex between an adult male and a female younger than 18 constituted statutory rape, although the statute of limitations has long since passed.

Manweller acknowledged having taught the woman at Wood River High School in Hailey, Idaho, but denied having a relationship with anyone under 18. After he was contacted for the story, Manweller sent the woman a one word text that said, “thanks.” He later followed up with another text message that said he was considering releasing Facebook messages she had sent him during a rough period in her adult life. Ultimately, he did not release those messages.

The woman was the second former high school student of Manweller’s to describe a romantic relationship with him. Last December, Manweller’s first wife, OraLynn Reeve, told the Northwest News Network, The News Tribune and The Olympian that she and Manweller began dating in 2000 when she was an 18-year-old high school senior, two years after he had left a teaching job at her school in Utah. The couple married that summer after she had graduated, but later divorced.

“My truth, my story is that I had a man that’s 12 years older than me, as a teacher in a position of power, take advantage of me, groom me to be a trophy wife and prey on my insecurities,” Reeve told the news outlets.