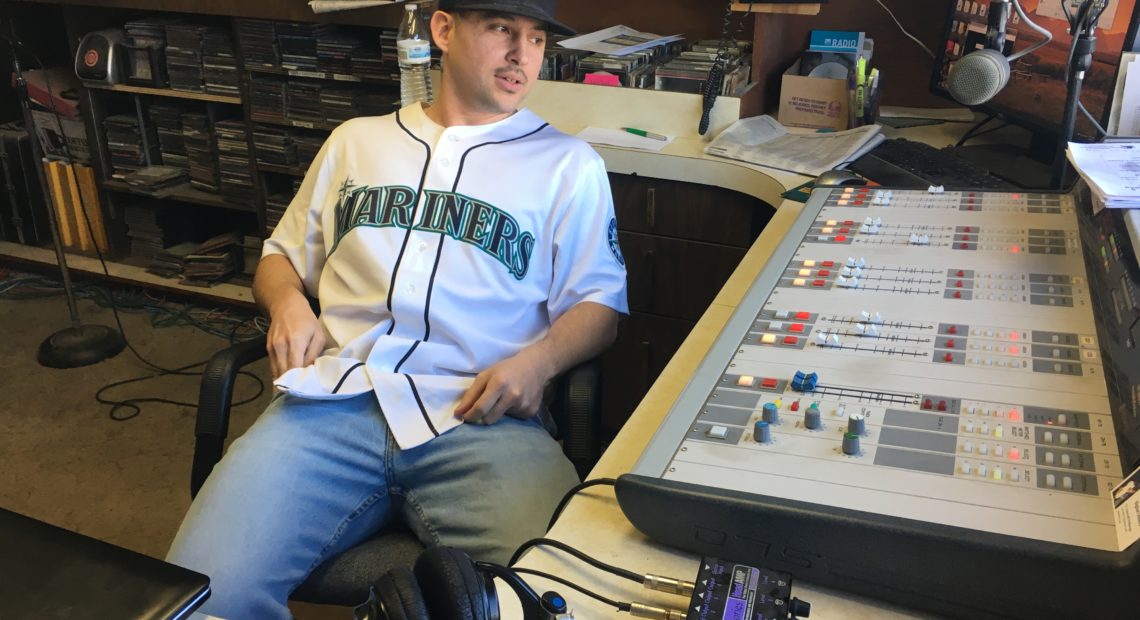 When Roy Dick arrived at the station, he noticed the light was on.

“There was paper all over the place,” he says. “I walked into the control room and the control board was gone.”

Dick is the morning host at KYNR 1490 AM, the radio station of the Yakama Nation in south-central Washington. Earlier this month, someone broke into KYNR, stealing equipment and knocking them off the air.

Now there’s radio silence for 6,300 tribal members and thousands of non-Native residents on the reservation. Dick alerted police to the theft of an estimated $20,000 of equipment that, all told, represented what they call “the heart of the KYNR voice.”

The radio station has been operating since 2000 and is the only tribal station east of the Cascades in Washington. The next closest tribal stations are in Oregon: KWSO 91.9 FM is owned and operated by The Confederated Tribes of Warm Springs and KCUW 104.3 FM is the Umatilla Reservation Community Radio.

So far, Yakama tribal police don’t have any suspects.

For afternoon host Ryan Craig, the reality is still fresh.

Right now, Craig and the other KYNR staff are working out of the tribe’s newspaper office nearby. 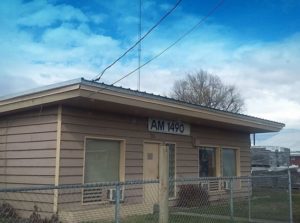 KYNR in Toppenish is off the air for now, but new equipment after a theft is on the way. CREDIT: HENRY R ALECK

We meet there, and talk more about what’s next.

Michael Sekaquaptewa, a reporter with the Yakama Nation Review, says the theft caused a rift.

“Now that that resource is gone, there’s a lot of questions of where to get our Yakama specific news, our weather, what’s happening with the Nation,” Sekaquaptewa says.

He says the tribal council and the community had a reckoning, and realized how much the station helped Natives and non-Natives feel informed and connected.

Whether it was reporting the final score for the latest high school basketball game or announcing from the job board, or broadcasting the popular national call-in show Native America Calling, KYNR was very much the epicenter of the Yakama Nation. National shows like Native America Calling serve as “electronic talking circles,” or a unique virtual space that connect Native people across the U.S.

The Tribal Council agreed that the radio station had to come back.

They’ve allocated $34,000 for the station to revamp, buying a new console, mics, and equipment for staff to create and report local news.

The only problem is that some of the equipment is shipping from South Carolina. Flooding and road closures from Hurricane Michael might affect when that equipment gets to Toppenish. But KYNR staff expects the signal to be back on air before the end of the month.

While that news is good, the actual theft leaves some tribal members worried about safety on the reservation.

A Curfew And More Support

Last February, the Yakama Tribal Council passed a resolution enacting an 8 p.m. curfew in White Swan, a town on the reservation west of Toppenish. Councilmembers called on other law enforcement to support tribal police, citing a public safety crisis.

“The Washington State Patrol tend not to patrol within the reservation boundaries,” Washines says.

Washines is the tribe’s multimedia program manager. He thinks more could be done by the Yakima County Sheriff’s Office and the Washington State Patrol.

“The only time they did [patrol] is if there was an accident,” he says. “It needs a whole hearted effort to be sincere about helping our people, not just having them give piecemeal service. It needs to follow through.”

Casey Schilperoort is a spokesperson for the sheriff’s office. He says while there’s no specific task force assigned to the reservation, when tribal officers call for support, they respond. Schilperoort calls it a “Canada inside the borders of Washington,” because the tribe has its own rules as a sovereign nation, so it can be tricky to navigate the relationship.

As for the State Patrol, Trooper Chris Thorson says WSP only responds to crimes on state routes like traffic accidents and the like. A break-in at the radio station wouldn’t have involved their agency. Otherwise Thorson says their relationship with Yakama Tribal Police is in good standing.

Back at the station, I ask the staff to think about the moment that their radio comes back on air. What would they like their first words to be?

Ryan Craig admits, “I don’t know what my first words will be.” But he says, “I want to invite tribal leaders and tribal people to bless the building, because we have to heal.”

Craig says the station has been a place for people to find solace.

“You talk about the people in the community who struggle with homelessness and addiction, they’re looking for hope from us. That was taken when somebody came and took what we use to broadcast, that was taken away.”

KYNR will be back on air soon, but the next task remains: Addressing the issues that can’t be replaced by buying new equipment.

A new homeless shelter in Seattle is exclusively serving Native Americans, Alaska Natives and Pacific Islanders. It’s one of the first facilities of its kind in the country helping to house the more than 1,000 Native people in the city experiencing homelessness. Continue Reading Seattle Shelter Steps In To Address Needs Of Native Peoples Experiencing Homelessness 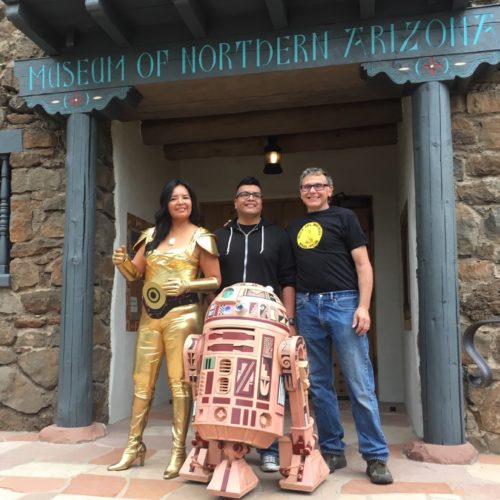 The Rise of Skywalker speaks to the historical experiences of many in the Indigenous community. An exhibit by Native artists attempts to shed light on those connections. Continue Reading ‘The Force Is With Our People’ Connects Indigenous Culture To A Galaxy Far, Far Away

The U.S. House voted on Monday to pay compensation to the tribe for its losses when Grand Coulee Dam was built in the 1930s and 1940s. Continue Reading U.S. House And Senate Pass Bills To Compensate Spokane Tribe For Losses From Grand Coulee Dam