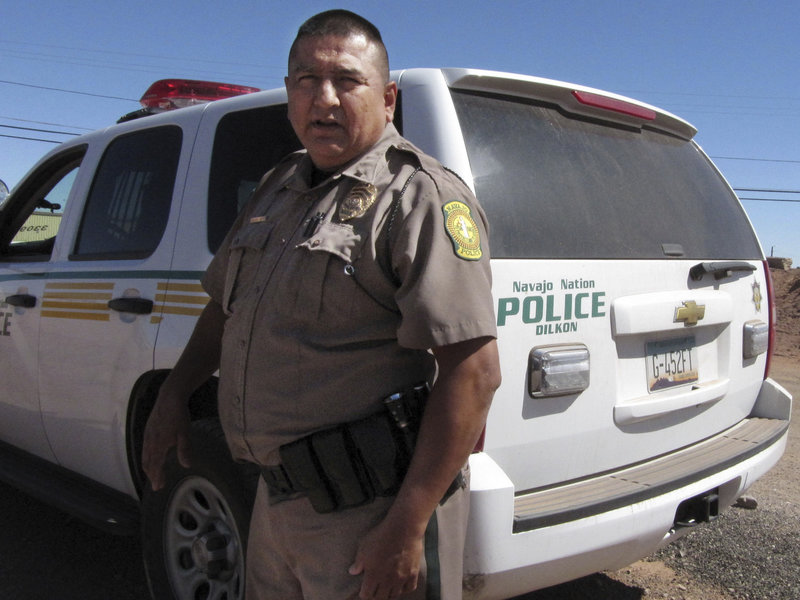 Justice Department Expands Assistance To Tribal Police, Calling It ‘Right Thing To Do’

Last year, police in Washington state were chasing a lead about an elder abuse case that quickly took a turn toward the criminal.

Mark Williams, a veteran detective for the Suquamish Police Department, said he’d learned the nickname of a potential suspect in a kidnapping of a man in his 90s who suffered from poor health — but he needed to find the suspect’s real name and address.

With a little digging and a few keystrokes, and the help of a Justice Department program that connects Native American tribes to national crime databases, Williams linked the nickname he’d learned with a full name, an address, and a vehicle registration.

That led to an hours-long standoff at a residence in North Tacoma, but one with a happy ending: the elderly man walked out of the home and into the arms of a trusted friend waiting outside. His alleged kidnapper faced prosecution in the tribal justice system and served jail time over the incident.

This week, the U.S. Justice and Interior Departments are expanding the program that helped Williams crack that case, doubling the access to cover 72 tribes, with more on the way.

“Information is really the coin of the realm these days,” said Trent Shores, the U.S. Attorney for the Northern District of Oklahoma, and a citizen of the Choctaw Nation.

“Information access is key for tribal law enforcement so that when they engage with subjects, so that when they arrest individuals and book them, they can be aware of who these people are, what their criminal histories are. It’s going to promote tribal safety.”

The information-sharing program is a rare example of the Trump administration building on an effort that launched during the Obama years. There’s a reason for that, Shores said.

Without the Tribal Access Program, tribal law enforcement can be forced to rely on state officials to gain access to those crime information databases.

The program offers training, software and even hardware kiosks, computer terminals equipped with palm print readers that can help do background checks for people who work with children such as teachers or bus drivers.

“It allows tribes to assert their sovereignty and the sovereignty of their courts in a way that is protective of the community and consistent with our relationship with the tribes,” said Tracy Toulou, director of the Office of Tribal Justice at the DOJ.

The Interior Department’s Bureau of Indian Affairs is deploying kiosks to 30 locations and expect to grant some access to about 50 tribes.