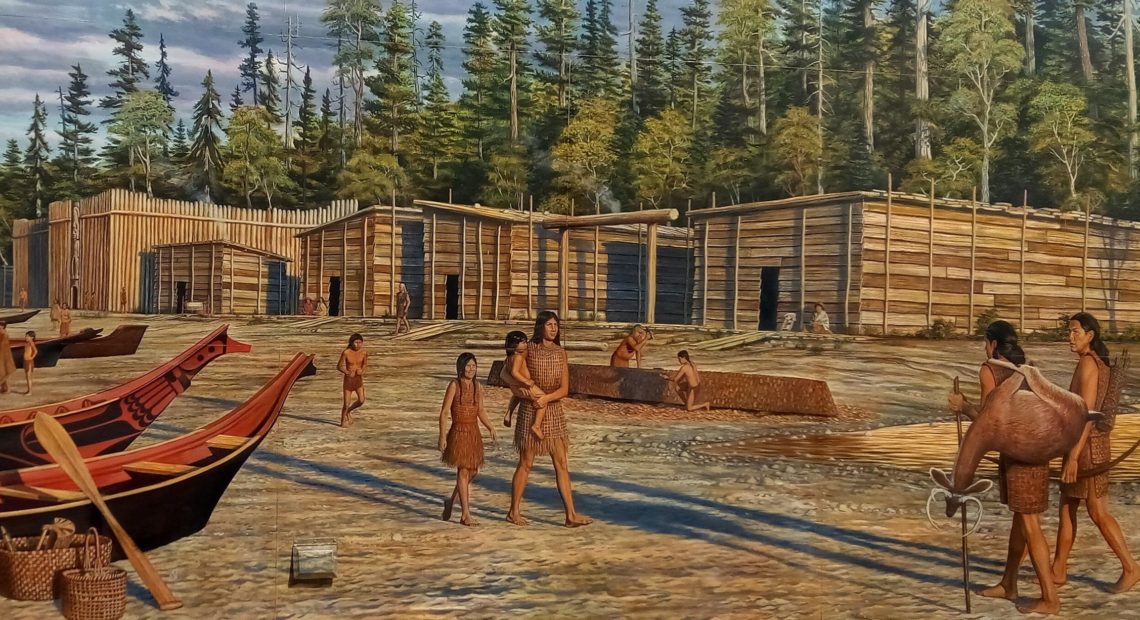 A legend about a great flood has been passed down through the centuries among the Klallam people on the north side of Washington’s Olympic Peninsula. As re-told by Klallam elder Ed Sampson on a recording preserved by a University of North Texas linguist, the people noticed the fresh water turning salty — a detail from which we infer a tsunami.

In the story, a wise man warned the people to get ready. They scrambled into canoes provisioned with food and water. The survivors rode out the flood by tying cedar ropes to the tops of the tallest mountains of the nearby Olympic Range.

A team of researchers from Portland State University, Western Washington University and the University of Rhode Island found evidence that as many as five tsunamis hit an ancient Klallam village at present-day Port Angeles harbor. The research papers, funded by the National Science Foundation, were published in a special issue of the Journal of Archaeological Science: Reports.

“I am very humbled, very gratified,” said Charles at community presentation of the science last Friday.

The evidence comes from an archaeological dig of the major village at the base of Ediz Hook that was inhabitated for most of the past 2,700 years. After each earthquake and tsunami disaster, the village people rebuilt and rebounded. A Portland State anthropologist said the story of Tse-whit-zen (pronounced ch-WHEET-son) village underscores that if people are prepared, they can survive the feared Big One.

The village site was rediscovered in 2003 when the Washington State Department of Transportation (WSDOT) started building a pontoon construction dry dock there for a Hood Canal Floating Bridge repair project. Construction activity and the archaeological exploration eventually uncovered so many human remains that the tribe convinced the governor to halt work.

Artifacts recovered from the ancient village are now on display at the Carnegie Museum in Port Angeles. WSDOT relocated bridge pontoon production to the Port of Grays Harbor. 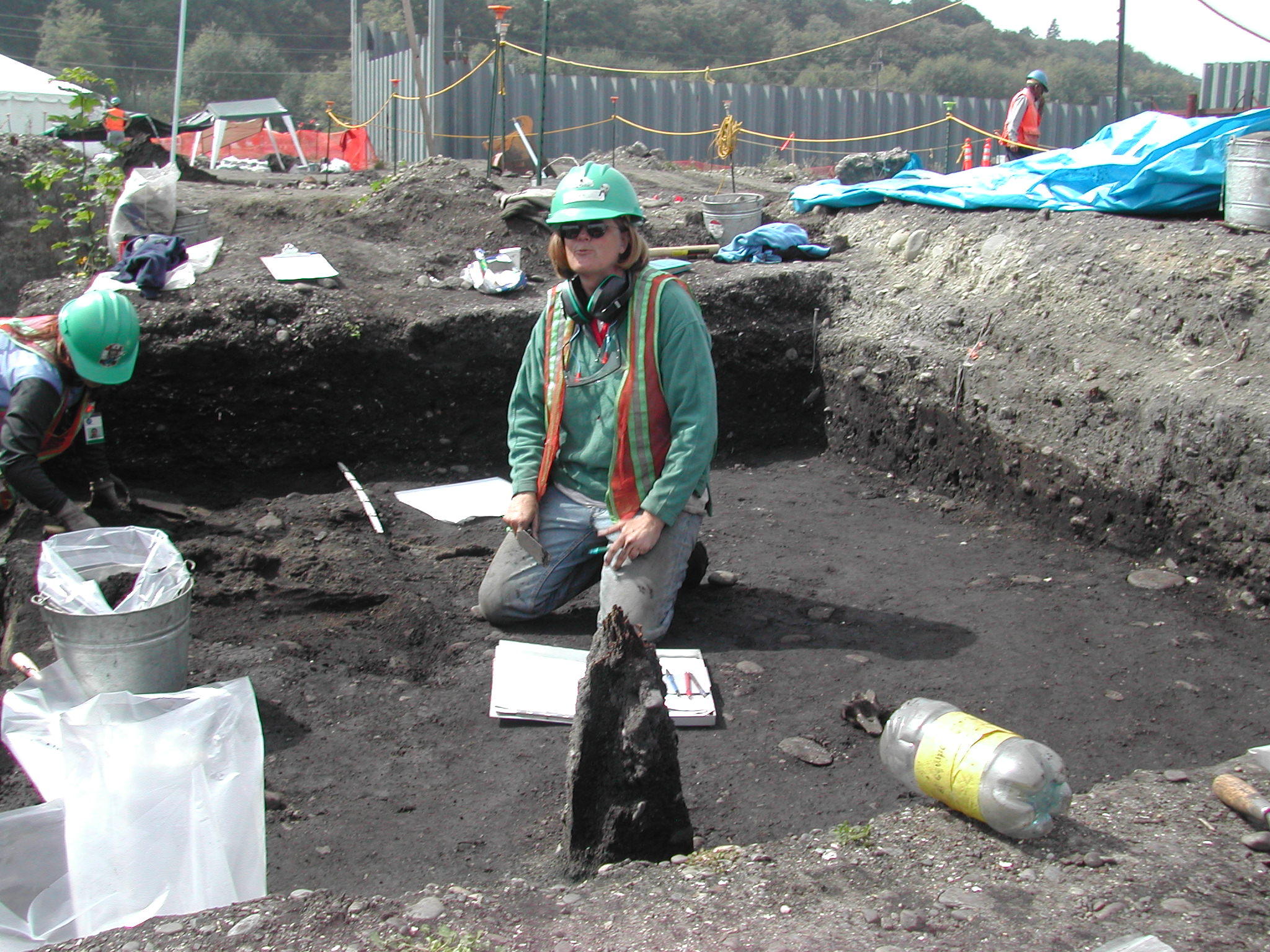 Dr. Sarah Sterling in an excavation unit of Tse-whit-zen in 2004.
CREDIT: WASHINGTON STATE DEPARTMENT OF TRANSPORTATION

Portland State University archaeologist  Sarah Sterling participated in the extensive excavation of Tse-whit-zen village in 2004. It took another 15 years to organize follow up analysis, get funding, go through the mountains of data, artifacts and animals bones collected at the site and and publish the findings.

Sterling says there were multiple indicators of tsunamis.

“The clearest was a layer of sand,” she said in an interview at the Port Angeles waterfront.

A thin, clean layer of marine sand washed over wrecked houses and hearths. The tsunami sand was preserved when the village was rebuilt on top of it.

“What we have I think are cultural rubble draped across beach features,” Sterling explained. “So it’s been entrained by the wave, washed back and forth, and left in these S-shaped swash deposits. I think those are from tsunami as well. “

The researchers submitted 102 samples from the site for radiocarbon dating. They noticed there were periodic gaps in the dates they got back. Sterling said those gaps correlate with known major earthquakes in the geologic past.

“A couple of them, there are obvious kind of cessations in activity at the site that correspond to those events,” she said.

Previous research by geologists found evidence in coastal marshes of big tsunamis that would have struck the villages along the Strait of Juan de Fuca approximately every 200-500 years. The first one evident at Tse-whit-zen correlates with a Cascadia mega-earthquake that happened around 1,600 years ago.

The most recent gap in the village’s occupation roughly correlates with the most recent full rupture of the offshore Cascadia fault zone in the year 1700, which is known to have generated a Pacific-wide tsunami. One of the other tsunamis that hit the village 560-650 years ago was possibly generated by a local crustal fault; it doesn’t match any known big ancient earthquake on the Cascadia Subduction Zone.

The PSU-led research team purposely did not look for human remains out of respect for the Lower Elwha tribe and its ancestors.

The Portland State anthropologist said the study showed the Klallam people returned to the very same place, rebuilt and adapted after each suspected wipeout.

“I take that as optimistic,” Butler said. “It shows that yes, we are affected by external events. But it doesn’t take us down forever.”

Butler said the team’s findings are a good reminder that terrible things can happen when you live in earthquake country, but also that prepared communities can bounce back like the Lower Elwha Klallam did.

“To me it provides a kind of testimony to the resilience and power of people to deal with adversity and continue to thrive in an extraordinary part of the world,” Butler said in an interview. 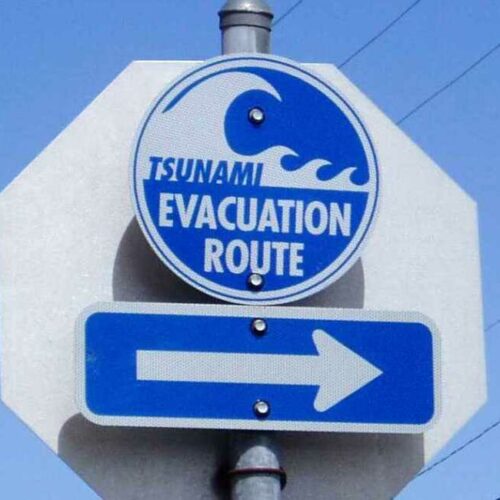