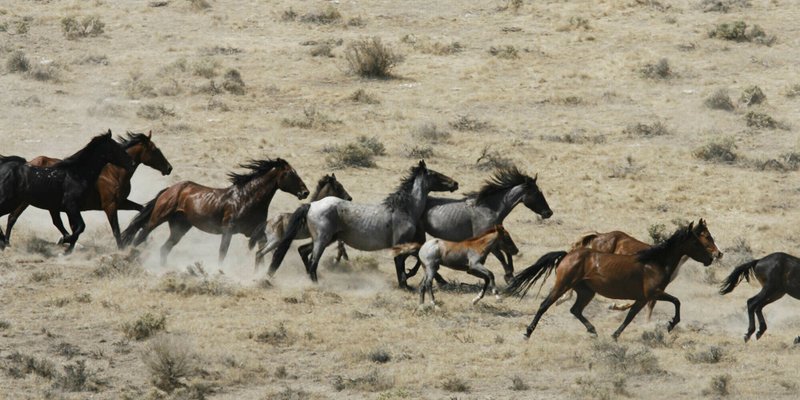 The Trump administration will not pursue lethal measures such as euthanasia or selling horses for slaughter to deal with what officials say is an ecological and fiscal crisis caused by too many wild horses on rangelands in the U.S. West, an official said Thursday.

U.S. Bureau of Land Management Acting Director Casey Hammond told the Wild Horse and Burro Advisory Board that those options are not on the table.

“It’s not an option that’s being discussed,” Hammond said. “I don’t think it’s anything the president would be supportive of, so it’s not part of the calculation that we’re making.”

The agency is preparing a report requested by Congress on potential solutions for the wild horse problem.

Federal officials say the nearly 90,000 wild horses in 10 Western states are more than three times appropriate levels. Officials estimate that up to 18,000 foals are born each year.

Another 50,000 wild horses are being held in corrals at a cost of $50 million annually, which is more than half of the Bureau of Land Management’s budget for its Wild Horse and Bureau Program.

The six-member panel agreed that killing wild horses to control the population wasn’t something they were interested in doing, but also cited the ecological destruction to rangelands and the potential for wild horses held in corrals to exceed 100,000 if current policies continue.

“Our window for being able to act and not have to go there (euthanasia) by force at some point, regardless of what our interests are, are closing,” said board member Celeste Carlisle.

Hammond agreed that the wild horse and burro problem was approaching a critical juncture.

“I’ll be honest with you,” he told the board, “the smart political thing in this program is really to do nothing. Other administrations were just brilliant. We don’t have that option to do nothing. We have to take on this, and we’re going to take some lumps.”

Potential solutions that have been considered include new sterilization methods, aggressive adoption efforts and holding more horses in corrals.

The federal government became responsible for managing wild horses and burros following passage of the Wild and Free-Roaming Horse and Burro Act of 1971 amid concerns of inhumane treatment of wild horses and the possibility they might be wiped out.

Wild horses were rounded up and sent to slaughterhouses during much of last century, often for dog food. Currently, Congress prohibits the sale of wild horses for slaughter, and only sick or injured horses are euthanized. As a result, herds have rebounded.

Wild horses are generally viewed as iconic symbols of the West, but officials say they have few predators and quickly overpopulate what rangelands can support. Officials also say they consume food on rangelands used for raising cattle and can cause problems for native wildlife, including threatened and endangered species, and have the potential to contribute to wildfire and invasive species problems.

Hammond also said rangeland dominated by wild horses violates the BLM’s mandate to be a multiple-use agency under the 1976 Federal Land Policy and Management Act.

Most wild horse herds roam on BLM lands. Other activities on those lands include such things as hunting for big game, mountain biking, raising livestock and mining.

The advisory board meeting in Boise is tasked with making recommendations to the BLM and U.S. Forest Service regarding management of wild horses and burros, which the federal agencies can accept or reject. 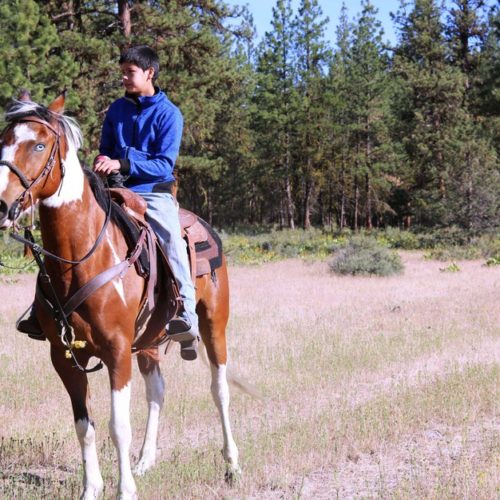 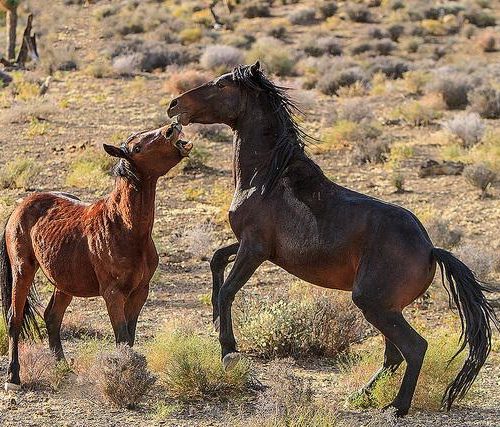 The Bureau of Land Management re-published plans this week for an experimental study in permanent birth control for the horses, nearly identical to those stalled by a judge last year. The court’s injunction came after the BLM gathered about 900 wild horses and burros near Burns, Oregon, in October. Continue Reading Federal Land Managers Revive Proposal To Sterilize Wild Horses In The Northwest 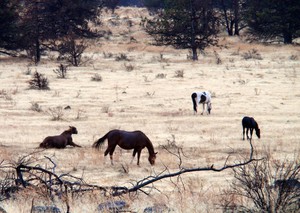 Wild Horses Could Drag You Away – To The Bank. The Government Will Pay You $1,000 To Adopt One

The Bureau of Land Management is offering people $1,000 if they’ll adopt a wild horse. The agency says more than 80,000 wild horses and burros are on rangelands across the West right now. The animals can damage rangeland and when their populations are high some of them starve. Continue Reading Wild Horses Could Drag You Away – To The Bank. The Government Will Pay You $1,000 To Adopt One