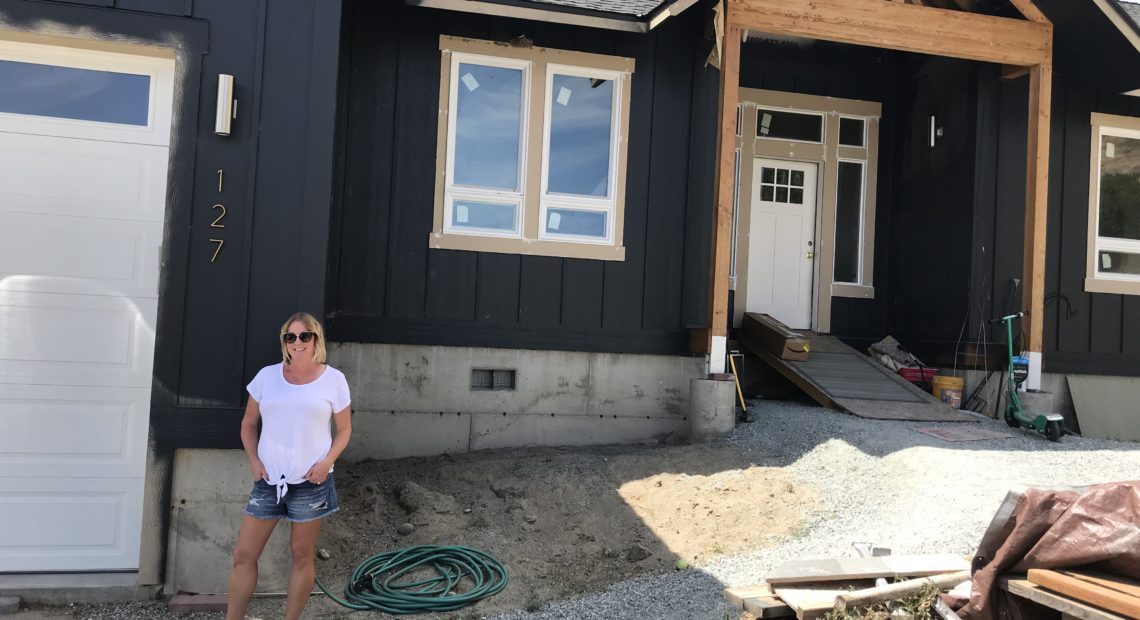 One hot July afternoon, smoke began to fill the skies in North-Central Washington. In the town of Pateros, it was so dark you might think it looked like midnight. But it was just nearing dinnertime.

The 911 calls streamed in. The Carlton Complex had reached the edge of town.

High winds pushed flames down a hillside, past two water tanks and toward a neighborhood.

Libby Harrison had 15 minutes to leave her home. She and her husband grabbed their 5-year-old daughter and their dogs.

When she returned, her neighborhood was unrecognizable.

“This whole entire block was gone. It didn’t really hit me because I think I was in shock. Everything was leveled,” she said. “There was nothing.”

More than 300 homes burned in the Carlton Complex — roughly one-third of those in Pateros. Harrison and her husband are rebuilding their home in the same spot, but slightly bigger. They’re completing most of the work themselves. 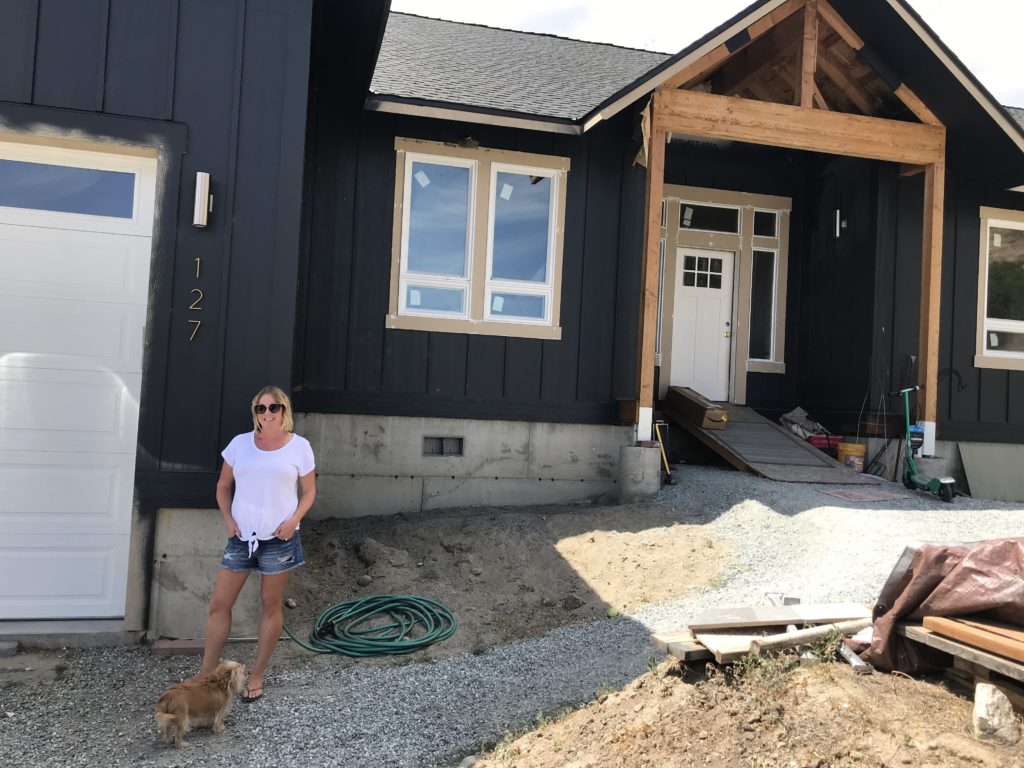 Libby Harrison, who at the time was the mayor of Pateros, and her husband are rebuilding their home, which burned in the 2014 Carlton Complex. They’re doing most of the work themselves and hope to move back in, in a few months. CREDIT: Courtney Flatt/NWPB

Right now, they’re living in a travel trailer parked in their backyard. She hopes it’s back to being used only for camping in a couple months.

“You just kind of have to keep your life together and your family together and keep on moving forward,” Harrison said.

When she turned 18, Anders trained as a wildland firefighter. Early in her career, she served on the elite smoke jumpers team based out of Winthrop, Washington — one of the first two women to do so.

Even so, she never saw this disaster coming into the town where she graduated high school.

“I hadn’t experienced that kind of fire. And I’ve been around a lot of fire before,” Anders said.

She said the atmosphere is changing — and people have to change with it.

“We have to be smart about how we build and what we use to build with,” Anders said. “And we need to understand that climate change is happening, and we need to be reactive to that. We can’t put our heads down and just do nothing.”

Anders is heading up a group that’s rebuilding homes for some of the region’s hardest-hit residents.

By the end of summer, the Okanogan Long Term Recovery Group will have rebuilt 39 homes. The group’s contractors are putting the finishing touches on the final two homes now. They’ve held a ribbon cutting at nearly each spot. 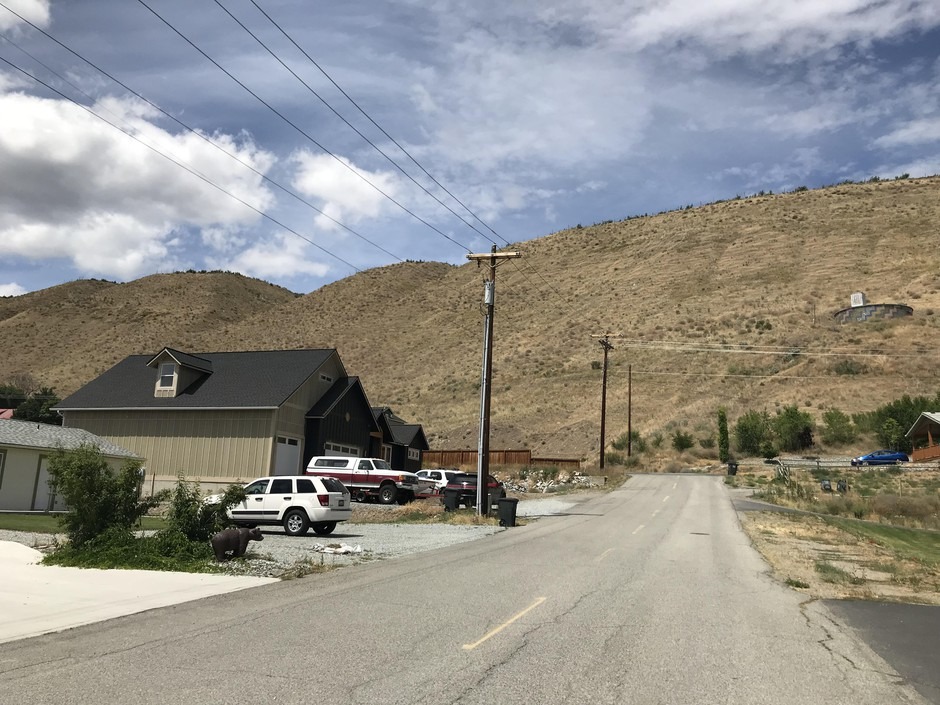 This entire block burned down in the Carlton Complex. It has since been rebuilt. CREDIT: Courtney Flatt/NWPB

In a YouTube video of an earlier home dedication, Yitzhak Ben-Harush, an Israeli immigrant, thanked the volunteers who helped build his new home.

“I came to this country, and they uplift me. And they help me in sorrow,” Ben-Harush said.

She said that type of siding, which sometimes has concrete pieces, saved one of her mother’s homes from the fire.

“We had put it in so the woodpeckers wouldn’t get through the wood,” Anders said. “And who knew it was going to be what saved the home from fire?”

People from Okanogan County are also mentoring other communities that have gone through disasters, like hurricanes, tornadoes and California’s most recent wildfires. Teaching others what people in North Central Washington have learned from their trauma.

“It was about helping people get back some piece or some part of their life that they needed to get back,” Anders said.

In Pateros, some infrastructure is still in the works. A new well that will dramatically increase water pressure in town is wrapping up. Anders said Okanogan County is moving beyond recovery.

Now, they’re preparing for the next wildfire. 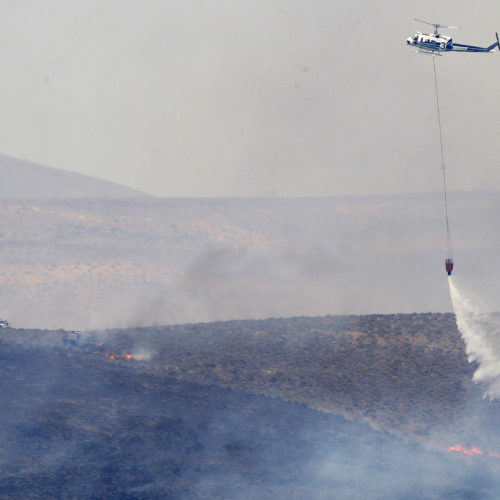