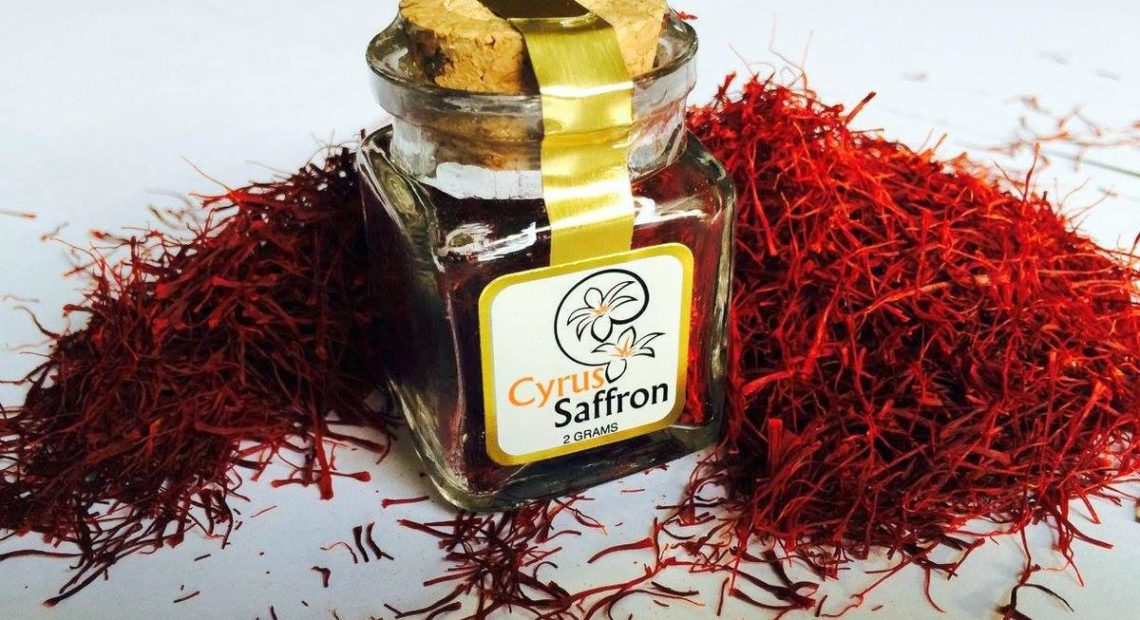 In this season of holiday shopping, now is about the time when many of us get stuck and don’t know what to get for someone on our gift list. There are at least three Pacific Northwest companies who may come to your rescue with ideas for unconventional presents. A hint: they involve used dolls, a precious, exotic spice and a different kind of gift card.

A Portland-based startup seems to have found inspiration on Rudolph the Reindeer’s Island of Misfit Toys, because misfits and more is what you’ll find at UnsettlingToys.com.

“Maybe what it should be called is the attic of misfit toys,” joked co-founder Sara Derrickson about her business’ inventory.

Derrickson started the e-commerce business with partner Brian Jillson of Portland earlier this year. They describe it as a “rehoming and adoption” service for unusual dolls, clowns and stuffed animals.

“Many of the toys have already been not a good fit for another person or family because they found it creepy, or it was unwanted, or the kid was afraid of it or it was damaged,” Derrickson explained in an interview. 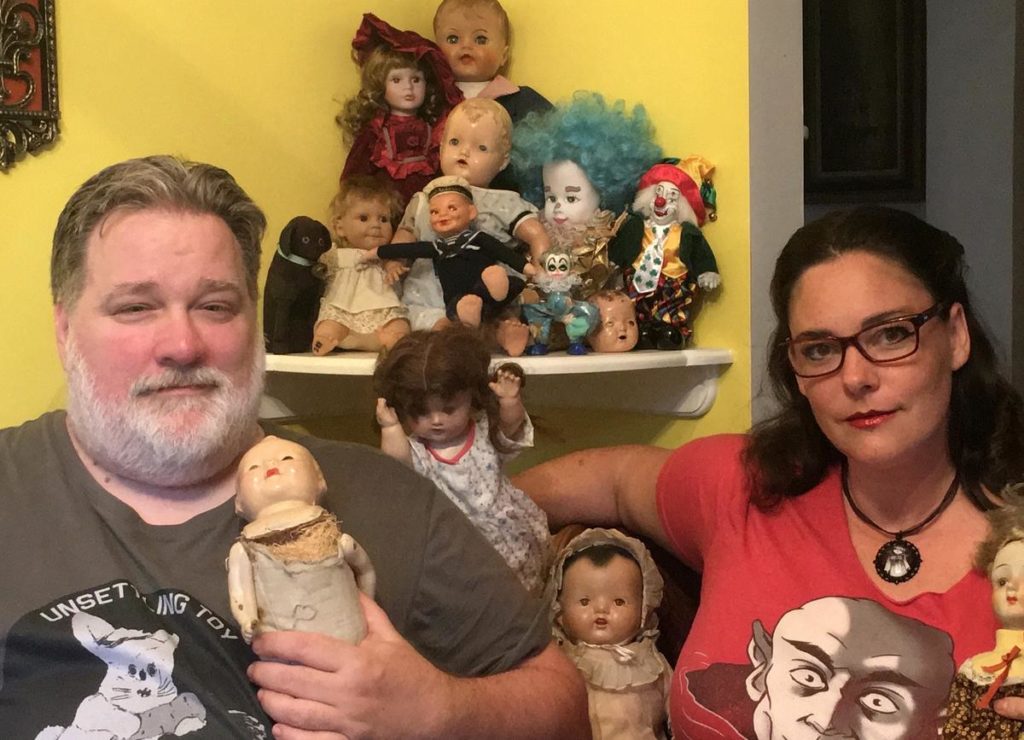 But what is unsettling to one family can be endearing or desirable to another.

“We’ve been surprised by the really positive reaction that we’ve had,” Derrickson said.

“People go for the clowns. Those are kind of hard to keep in inventory right now,” Jillson added. “We find that people really enjoy the older, ceramic dolls that have that vacant stare. We have some old, disheveled bears and a lion. They’re imperfect, but I think that makes them loveable.”

Derrickson says the startup experienced a surge of business around Halloween from customers hunting for something spooky, haunted or with possible supernatural properties. Now, she and Jillson are curious if their inventory fits the winter holidays, too, where people might want to give some love to misfit toys. This will be the couple’s first Christmas in business.

The company founders are keeping their day jobs for now and operating Unsettling Toys as a side business. Jillson is a bartender and Derrickson works as a school psychologist.

They said the enterprise grew out of a shared fondness for horror movies and an accompanying collection of creepy or weird toys and objects. The business’ inventory resupply comes through helpful friends who notice unusual objects in antique stores and from professional acquaintances in the estate sale and second-hand-shop business.

Unsettling Toys charges between $30-$50 for the “rehoming” of the toys in the company’s care.

If you’re still stuck on what to get the person who has everything, we can be pretty sure they don’t have Northwest-grown saffron. The precious cooking spice is rarely grown commercially in the U.S. Most supply nowadays comes from Iran.

In 2014, Iranian-born immigrant Darush Amiri and his wife bought a ranch near sunny Lake Chelan, Washington. That land is now the spice source for their company, Cyrus Saffron.

“Twenty years ago or so a big fire went through the area where I bought this land and that added a lot of ashes on top of the soil, which helped the soil to become super-fine,” Amiri said in an interview. “That’s what I need for my saffron.” 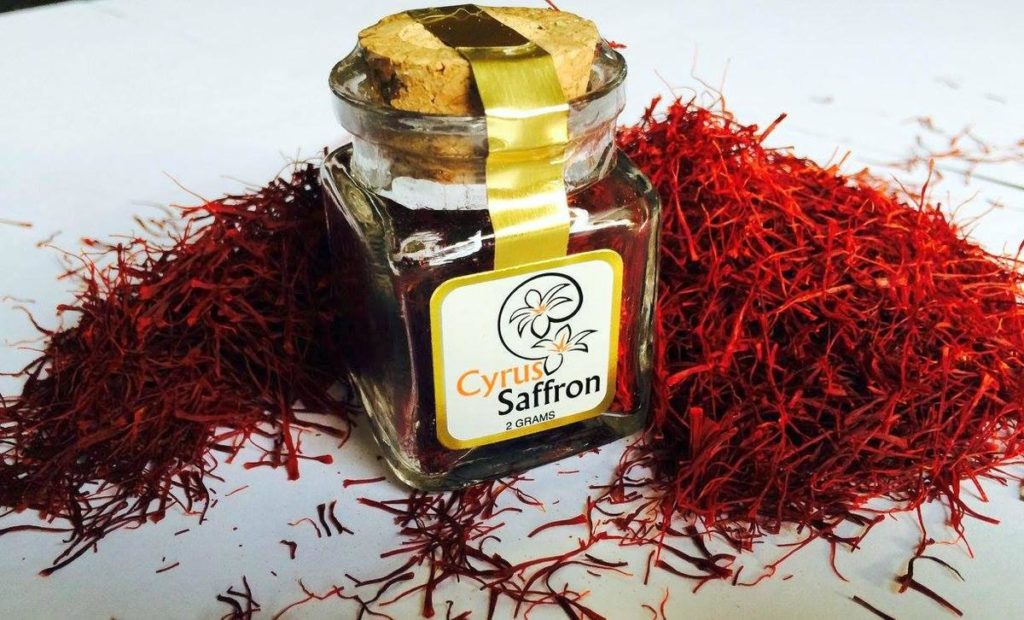 Find the locally-grown spice online and at farmers markets in Seattle and Portland. CREDIT: Cyrus Saffron

Saffron is an expensive treat used to enliven dishes such as paella and risotto and to make saffron tea. A small jar containing just two grams of the Northwest-grown spice retails for around $26. The aromatic spice has a nutty, herby flavor.

“I was talking to my dad and he’s like, ‘You know, this is something you have to do because this is through our roots. This is in our DNA. It’s something you can accomplish there,'” Amiri said. “Chelan is exactly like where I come from in northeastern Iran originally. I always feel like home.”

The family conversations, plantings and subsequent harvests led to career transitions for Amiri and his German-born wife, Nicole Beretha. Amiri worked as a highway construction engineer for the Washington State Department of Transportation in the Seattle area until last year. Beretha wrapped up a career as an international program manager for Amazon.

Amiri said his grandfather and father historically grew saffron in Iran, but then the family’s fields were seized by the Iranian government.

“We always had a problem with the government and everything there and we were forced to leave,” he explained.

Amiri immigrated to the United States in 2001 and his parents followed. The new business remains a family affair with Amiri and his father doing a lot of the farming while wife Nicole manages the retail side, including a store at Seattle’s Pike Place Market and rotating appearances at farmers’ markets. Amiri’s mother helps with online order fulfillment. Cyrus Saffron takes its name from Darush and Nicole’s son Cyrus.

For a lot of people, the go-to present when you just don’t know what to get for someone is to buy an Amazon or Starbucks gift card. Seattle real estate lawyer Erik Marks hatched the idea for an alternative back in law school in 1993.

“A friend of mine and myself were lamenting the challenge of buying gifts for a certain relative,” Marks recalled. “For her, it was her father. For me, it was my uncle.”

The recipient chooses what good causes to support with the funds loaded on a TisBest charity gift card. CREDIT: TisBest Philanthropy

In that moment of frustration, a concept was born that years later would turn into a nonprofit named TisBest Philanthropy.

“We brainstormed for a while. What could you do to solve this challenge in the world?” Marks recalled. “And this is the idea we came up with. What if we could make a charitable donation — for her, her father would choose, and for me, my uncle would choose — where the money would go. We thought that’s a great idea.”

But Marks said he had to wait until the internet was mature for the idea to work efficiently. Now, TisBest sells millions of dollars’ worth of charity gift cards per year. When a person gets a card, they go online to designate the good causes they want to support. Marks said there are 1.5 million nonprofits in the United States that recipients can give to through the platform.

“There’s a group of people who have the material possessions they want in the world,” Marks elaborated. “If they wanted a sweater or a latte, they would buy themselves one. Giving them another one as a gift just isn’t going to create meaning and connection. That’s a great group for whom a charity gift card is a good choice.”

Marks said TisBest has experienced ups and downs as might be expected for a small, young company. One pleasant surprise has been the inroads the charity gift card seller has achieved in the corporate gift-giving market.

“Business usage has really become a significant aspect of what we do,” Marks said.

TisBest no longer charges fees, neither to gift card buyers nor to the charity recipients. Marks said the startup discovered it could sustain itself on revenue from gift cards that are not redeemed, known in the industry as “breakage.” 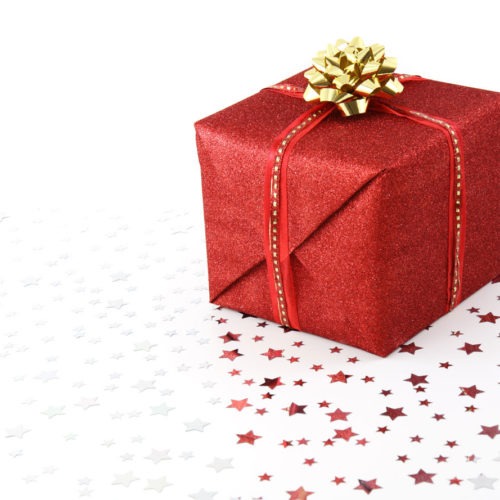 Here is a list of ideas that will hopefully help you get your list checked off (though make sure to check it twice!), whether gifts for friends, family or even for yourself. Continue Reading NWPB Holiday Gift Guide For The Discerning Northwesterner 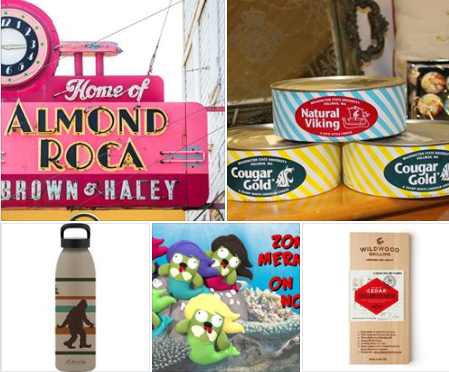