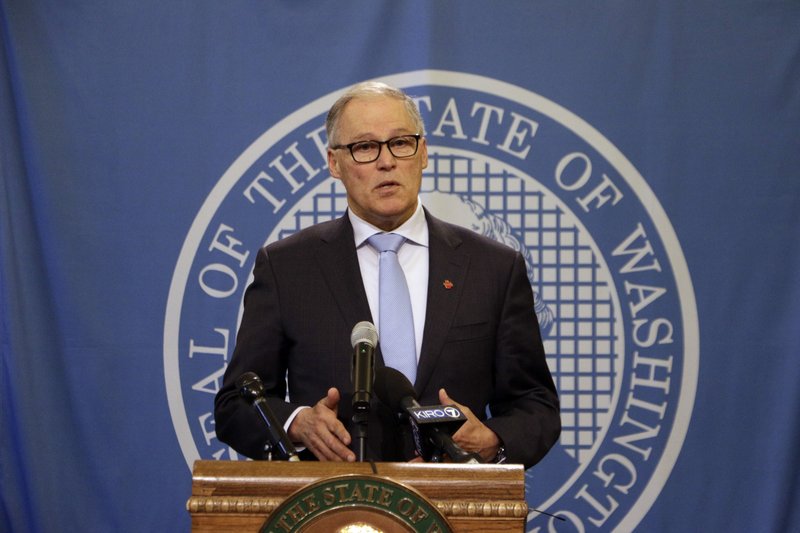 The Washington Supreme Court on Thursday reinstated a severely limited version of Gov. Jay Inslee’s plan to cap carbon pollution in the state, a decision the Democrat described as a “clarion call” that lawmakers must act on climate change.

In a 5-4 ruling, the court said the Clean Air Rule cannot apply to companies that sell or distribute petroleum or natural gas because they don’t make their own emissions — other people burn the fuel they provide. The Department of Ecology only has the authority to regulate “actual emitters,” the court said.

While environmental groups said it is a good step to require refineries, power plants, factories and other big polluters to cut their emissions, cars remain the biggest source of greenhouse gas pollution. About three-quarters of the emissions that would have been covered by the rule came indirectly from petroleum and natural gas importers and sellers.

That means the court’s decision left the state with a much-diminished rule.

“This ruling will significantly affect our ability to reduce emissions,” Inslee told a news conference in Olympia. “This decision has made it even more abundantly clear that we need to take action in the Legislature. The reason is it has disabled one tool that has been used in our toolbox.”

A Thurston County Superior Court judge struck down the rule after it was challenged by industry groups. The four justices in the minority would have reinstated it entirety.

“The issue is not whether man-made climate change is real — it is,” Justice Debra Stephens wrote for the majority. “Nor is the issue whether dramatic steps are needed to curb the worst effects of climate change — they are. Instead, this case asks whether the Washington Clean Air Act grants Ecology the broad authority to establish and enforce greenhouse gas emission standards for businesses and utilities that do not directly emit greenhouse gases, but whose products ultimately do.”

Ecology has no such authority, Stephens wrote.

After the Legislature failed to adopt a cap-and-trade program, Inslee directed Ecology in 2015 to use authority under the 1967 Clean Air Act to limit carbon emissions from Washington’s largest sources. He called climate change a threat to the state and said the new regulations would help Washington meet its requirements to reduce carbon emissions.

Inslee has long touted environmental issues and made climate change the core issue of his fleeting presidential campaign last year. He said his office is reviewing the opinion and that it wasn’t clear if he would ask lawmakers to expand Ecology’s authority to allow it to regulate “indirect emitters” or what his next step would be.

Inslee is already pushing several climate-related bills this legislative session, including one that would adopt a clean fuel standard and another that would establish a zero-emissions vehicle program.

The Clean Air Rule requires facilities to reduce carbon emissions by an average of 1.7% annually and report those emissions every three years. They also could invest in projects that permanently reduce carbon pollution or buy credits from other companies or carbon markets.

In her dissent, Justice Susan Owens wrote that the Clean Air Act did give the Department of Ecology authority to regulate “indirect emitters.”

“At no point do these provisions state that only entities directly emitting air contaminants may be regulated under the Act,” she wrote.

The president of the Association of Washington Business, which led industry and utilities groups in challenging the rule, said in a statement Thursday that the group is pleased.

“Employers remain concerned, however, about the health of the state’s manufacturing sector. If the part of the rule remanded to the lower court is ultimately allowed to stand, it could lead some industries to move operations to higher-carbon states or countries and avoid investing in Washington’s clean economy,” Association of Washington Business president Kris Johnson said.

Johnson also said the association and its members remain committed to reducing greenhouse gas emissions and they look forward to working with lawmakers to find a bipartisan solution.

Sen. Doug Ericksen, the Ferndale climate skeptic who serves as the ranking Republican on the Environment, Energy and Technology Committee, called Inslee’s attempt to adopt such a broad rule “a classic example of government arrogance and overreach.”

“This was a victory for the rule of law and for the people of the state of Washington,” Ericksen said in a written statement about Thursday’s ruling. “The Inslee Administration overstepped its authority when it decided to force a ‘cap-and-trade’ program on the state of Washington without a vote of the Legislature.”

Supporters of the rule said exempting fuel importers, sellers and distributors was disappointing.

“It now puts the responsibility back in the Legislature, where we’ve been driving this conversation forward,” said Nick Abraham, spokesman for the Washington Environmental Council, which intervened in the case. 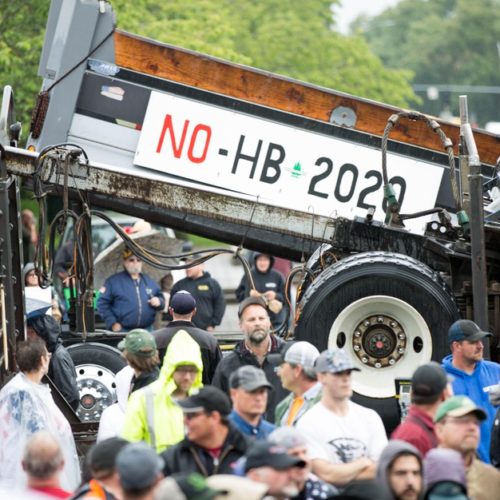 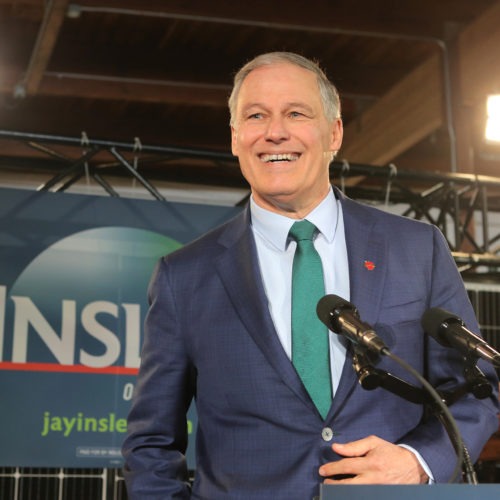