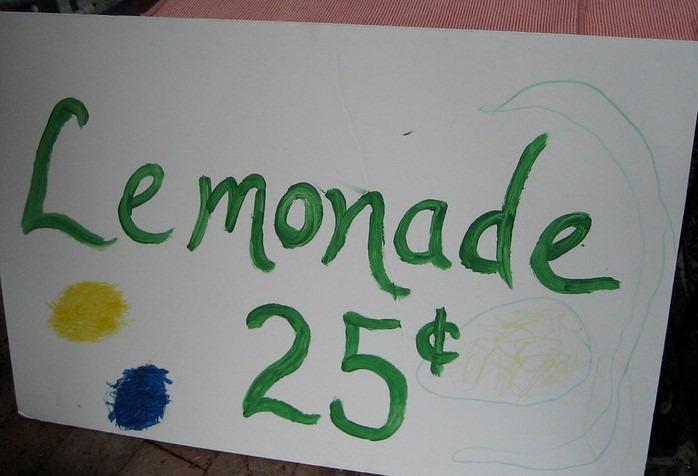 Do Kids Have A Right To Sell Lemonade? Washington Lawmakers Want To Guarantee It

Washington lawmakers are tackling a variety of weighty issues this year from homelessness to prescription drug pricing to transportation funding to …. the legality of kids’ lemonade stands.

That’s right, lemonade stands are on the agenda for the 2020 legislative session in Olympia.

A pair of bills – one in the House and one in the Senate – would prohibit local governments from interfering with kids who want to set up a stand on a hot summer day and sell lemonade.

“I think it is a wonderful opportunity for us to encourage entrepreneurship of our next generation,” said Republican state Rep. Luanne Van Werven at a hearing for her bill on Tuesday.

Van Werven said a constituent in Whatcom County brought the issue of lemonade stand regulations to her attention. According to Van Werven, several years ago the constituent’s daughter was selling lemonade when an “overzealous bureaucrat” informed the child that they needed a permit to operate the stand.

“The child was quite intimidated and as you can understand the father was pretty irritated by that,” Van Werven said.

Even though the incident had happened years earlier, Van Werven said her constituent got in touch because he heard other states were passing laws to exempt kids’ lemonade stands from regulation.

Van Werven’s bill would block local governments from regulating the occasional sale of non-alcoholic, beverages, like lemonade, by anyone under 18 as long as the stand is on private property.

A similar bill sponsored by Republican state Sen. Steve O’Ban of Pierce County would prohibit local boards of health from enforcing restrictions on lemonade stands operated by a child 15 or younger.

“For many kids who run lemonade stands, it is their first experience with business,” O’Ban said in a statement. “It’s a real-world lesson delivered in a fun way. Government shouldn’t sour that for them.”

Technically, under current law, kid-run lemonade stands are subject to state and local regulations, including a requirement that the sellers have a permit, according to the Washington Department of Health.

Additionally, there are sales tax requirements. “But we don’t conduct enforcement on that,” said Mikhail Carpenter, a spokesman for the Washington Department of Revenue. The O’Ban bill would exempt kids’ lemonade stands from sales tax.

According to Country Time, the lemonade maker, kids’ lemonade sales are potentially illegal in 34 states while sixteen states, including California, Texas and New York, allow kid-run stands. The Texas law was signed last June and went into effect in September, according to the Texas Tribune.

Country Time has created an entire website to track lemonade stand laws nationwide and provide citizen lobbyists with tools to try to change the law in their state.

During the hearing for Van Werven’s bill, the chair of the House Local Government Committee, Democrat Gerry Pollet, wanted to know if the bill requires kids to spell lemonade correctly. It doesn’t, but Van Werven joked she would accept a “friendly amendment” to the bill from Pollet.

Van Werven also said she’d updated the bill to incorporate recommendations from the Washington Department of Health, including requirements that kids only sell non-perishable beverages and that it be served in a single-use cup.