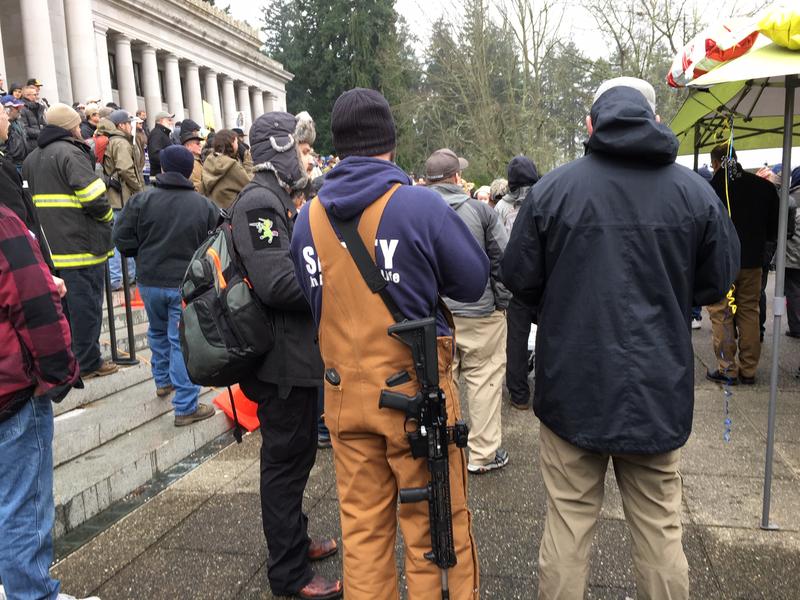 UPDATE: On Tuesday, Feb. 4, Democratic leaders in the Washington House said the open-carry ban was unlikely to advance this year because it was introduced late in the session. The sponsor of the bill, Rep. Tana Senn, said she plans to reintroduce the bill next year.

State Rep. Tana Senn of Mercer Island said she filed her bill Monday, just days before a key cut-off deadline, after witnessing what she described as an “unsafe work environment” at the Capitol last Friday.

That’s when a group of approximately 250 people, many of them openly-carrying pistols and rifles, staged a pro-Second Amendment “March for Our Rights” event that had not secured a required permit. Pictures posted to Facebook showed the participants rallying on the steps of the Capitol before going inside.

“They were all over the building and they were, frankly, intimidating people whether they meant to or not, that was definitely the reaction,” Senn said. “People were scared.”

Legislative staff were notified of the demonstration and the House authorized staff who were made uncomfortable to take leave from work or work from home, according to an email shared with the Northwest News Network.

Senn said she was especially concerned because school children were forced to remain in the House galleries while the armed demonstrators were in the Capitol.

“We teach our kids all the time what to do if there’s an active shooter and then they come to the state Capitol and they see people with these large weapons, how are they supposed to respond,” Senn said.

Senn’s bill would prohibit the possession of openly-carried weapons on the state Capitol grounds. The proposal would amend an existing law that already outlaws guns in places like jails, courthouses and public mental health facilities.

Separately, a spokesperson for Gov. Jay Inslee’s office said the Department of Enterprise Services, which oversees the Capitol grounds, has been consulting with the governor’s office on options for writing new rules on guns in the Capitol, but said no decisions have been made. 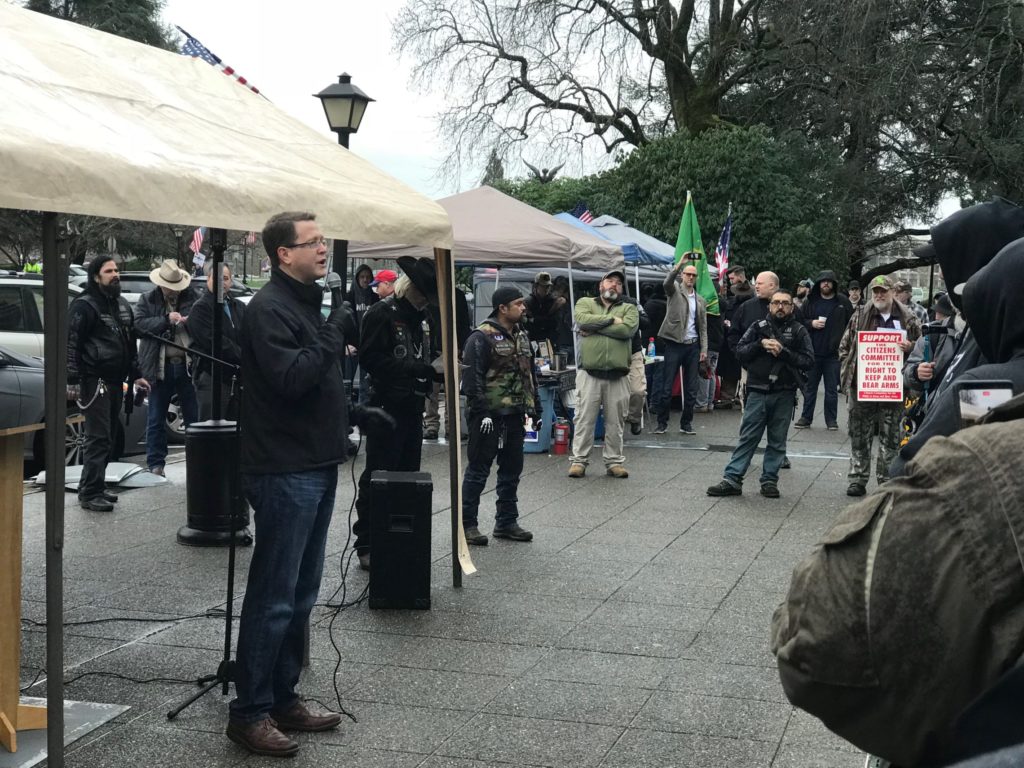 While guns are currently allowed in the Capitol, since 2017 they’ve been banned from the Senate’s public galleries. Openly-carried guns are not permitted in the House galleries. Concealed guns are allowed if the person has a concealed pistol license.

As of 2017, Washington was among 23 states that permitted guns in the Capitol, according to the National Conference of State Legislatures. More up-to-date information was not immediately available.

One of the organizers of Friday’s event, Scott Bannister, who identifies with the Three Percent militia movement, said he came to the Capitol in part to set up meetings about his efforts to put Democratic Attorney General Bob Ferguson under citizen’s arrest. Bannister previously sought unsuccessfully to recall Ferguson from office.

On Friday, Inslee’s chief of staff, David Postman,  met with a small group of the demonstrators in the lobby of the governor’s office.

Bannister said the group was also rallying for $30 car tabs.

“The people are speaking and they are denying us our rights,” Bannister said on Friday.

Bannister did not immediately respond to a Facebook message on Monday requesting comment about Senn’s bill. However, in an email, Hans Shaffer of Olympia, who openly-carried an AR-15 rifle at a permitted gun rally at the Capitol last month, questioned the objective of the proposed ban.

“In my opinion, this is nothing more than an attempt by our elected public servants to insulate themselves from their constituents who are exercising their Constitutionally-Protected, God-granted rights, while those same servants hide behind their own armed security and attempt to legislate our rights away,” Shaffer said in his email.

This Friday is the deadline for non-budget bills to move out of their committee of origin. Senn said she was hopeful her bill would get a hearing on Friday, but its prospects beyond that are not clear. 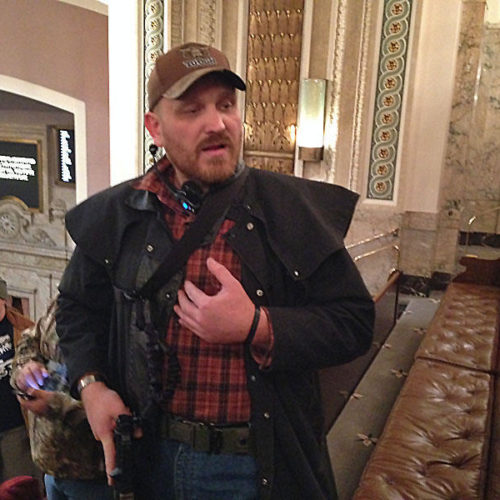