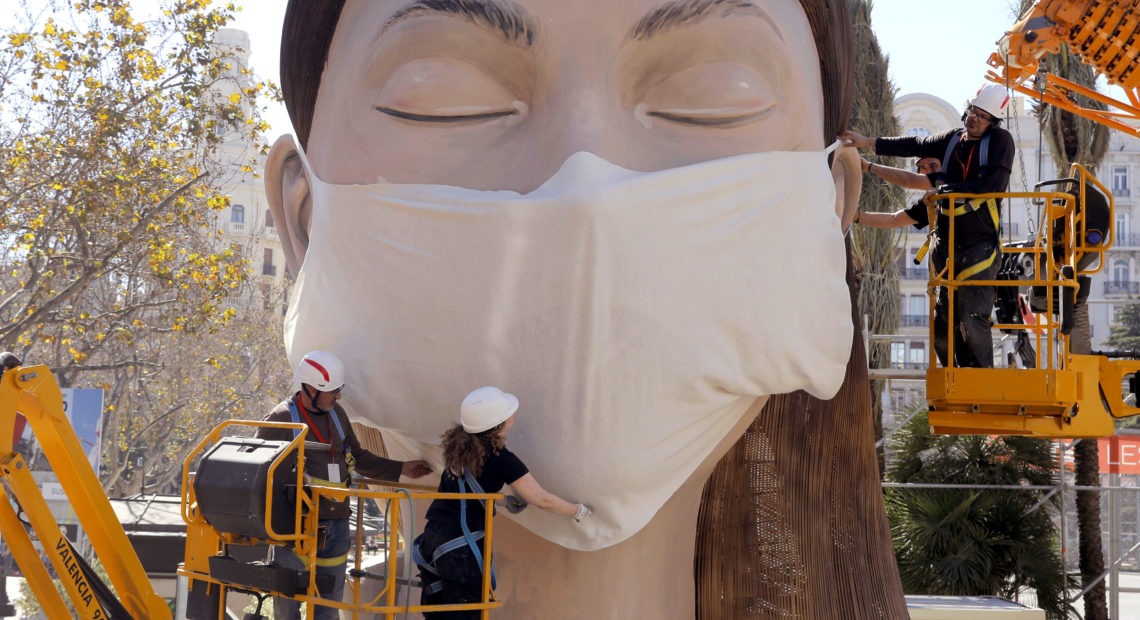 Coronavirus: COVID-19 Is Now Officially A Pandemic, WHO Says

The COVID-19 viral disease that has swept into at least 114 countries and killed more than 4,000 people is now officially a pandemic, the World Health Organization announced Wednesday.

“This is the first pandemic caused by coronavirus,” WHO Director-General Tedros Adhanom Ghebreyesus declared at a briefing in Geneva.

It’s the first time the WHO has called an outbreak a pandemic since the H1N1 “swine flu” in 2009.

Even as he raised the health emergency to its highest level, Tedros said hope remains that COVID-19 can be curtailed. And he urged countries to take action now to stop the disease. 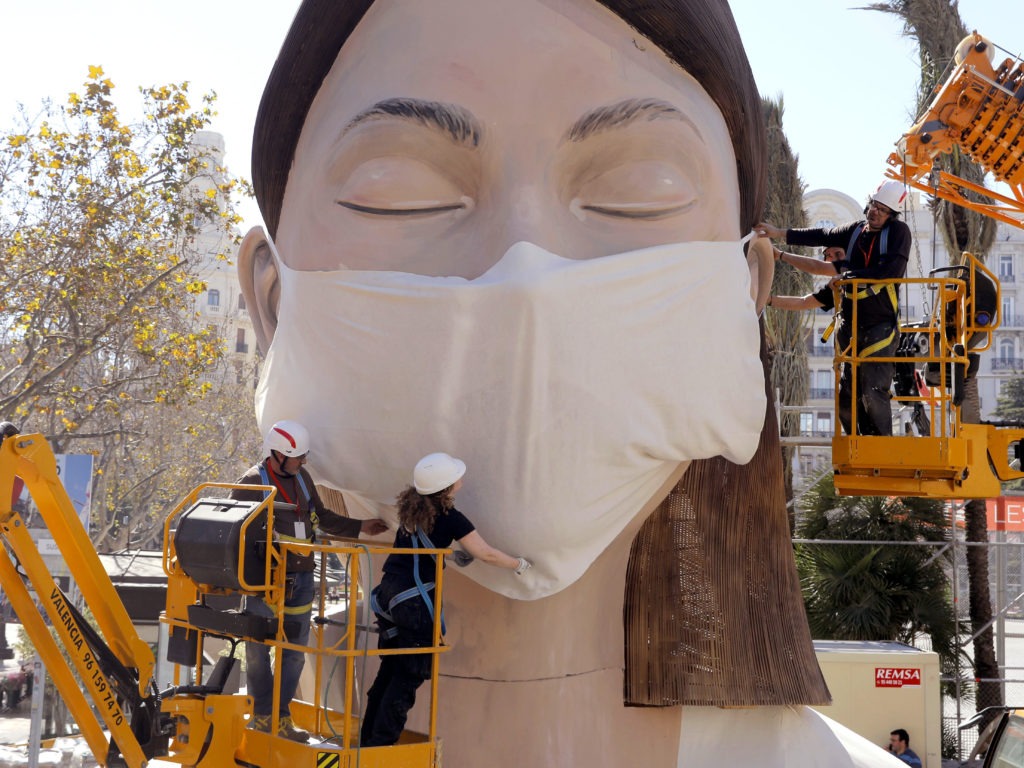 The World Health Organization called the COVID-19 viral disease a pandemic Wednesday. Here, workers in Spain place a medical mask on a figure that was to be part of the Fallas festival in Valencia. The festival has been canceled over the coronavirus outbreak. CREDIT: Alberto Saiz/AP

“WHO has been in full response mode since we were notified of the first cases,” Tedros said. “And we have called every day for countries to take urgent and aggressive action. We have rung the alarm bell loud and clear.”

Eight countries — including the U.S. — are now each reporting more than 1,000 cases of COVID-19, caused by the coronavirus that has infected nearly 120,000 people worldwide.

“In the past two weeks, the number of cases of COVID-19 outside China has increased 13-fold, and the number of affected countries has tripled,” Tedros said.

“We have therefore made the assessment that COVID-19 can be characterized as a pandemic,” he said.

By dubbing COVID-19 a pandemic, the WHO is placing it in a different category than several recent deadly outbreaks, including the recent Ebola outbreak in the Democratic Republic of Congo, the Zika virus outbreak in 2016 and the 2014 Ebola outbreak in West Africa. All three of those outbreaks were deemed to be international emergencies.

In the last pandemic, the H1N1 influenza virus killed more than 18,000 people in more than 214 countries and territories, according to the WHO. In recent years, other estimates have put H1N1’s toll even higher.

Still, Tedros said that people should not fear the designation and that it should not be taken to mean that the fight against the virus is over.

The WHO had declared the outbreak a global health emergency in January, as cases surged in China, where the novel coronavirus was first detected.

Those four nations are all imposing drastic measures in an attempt to slow the spread of the COVID-19 illness, which has a higher fatality rate for elderly people and those with underlying health conditions.

Those countries also have more than 90% of current cases, Tedros noted, adding that both China and South Korea have had success in reining in their epidemics. Data from China, he said, showed that the number of new cases there peaked in late January and early February.

“We cannot say this loudly enough, or clearly enough, or often enough: All countries can still change the course of this pandemic,” Tedros said.

However, the viral disease continues to spread around the globe.

“In the Americas, Honduras, Jamaica and Panama, are all confirming coronavirus infections for the first time,” NPR’s Jason Beaubien reports. “Elsewhere, Mongolia and Cyprus are also now reporting cases.”

As the outbreak has ballooned, so has speculation that the WHO would declare it a pandemic. But Tedros said WHO experts had previously determined that the scale of the coronavirus’ impact didn’t warrant that description. And he noted that declaring the outbreak a pandemic would raise the risk of a public panic.

It’s now up to other countries to prove they can stop the disease, Tedros reiterated.

“The challenge for many countries who are now dealing with large clusters or community transmission is not whether they can do the same,” he said. “It’s whether they will.”

“People, we’re in this together — to do the right things with calm and protect the citizens of the world,” Tedros said as he concluded his remarks.

To prevent the coronavirus from spreading, the Centers for Disease Control and Prevention recommends washing hands with soap and water for at least 20 seconds or using a hand sanitizer if a sink isn’t available. The World Health Organization says people should wear face masks only if they’re sick or caring for someone who is.

“For most people, COVID-19 infection will cause mild illness; however, it can make some people very ill and, in some people, it can be fatal,” the WHO says. “Older people, and those with pre-existing medical conditions (such as cardiovascular disease, chronic respiratory disease or diabetes) are at risk for severe disease.”

Shortness of breath occurred in nearly 20% of cases, and about 13% had a sore throat or headache, the WHO said.