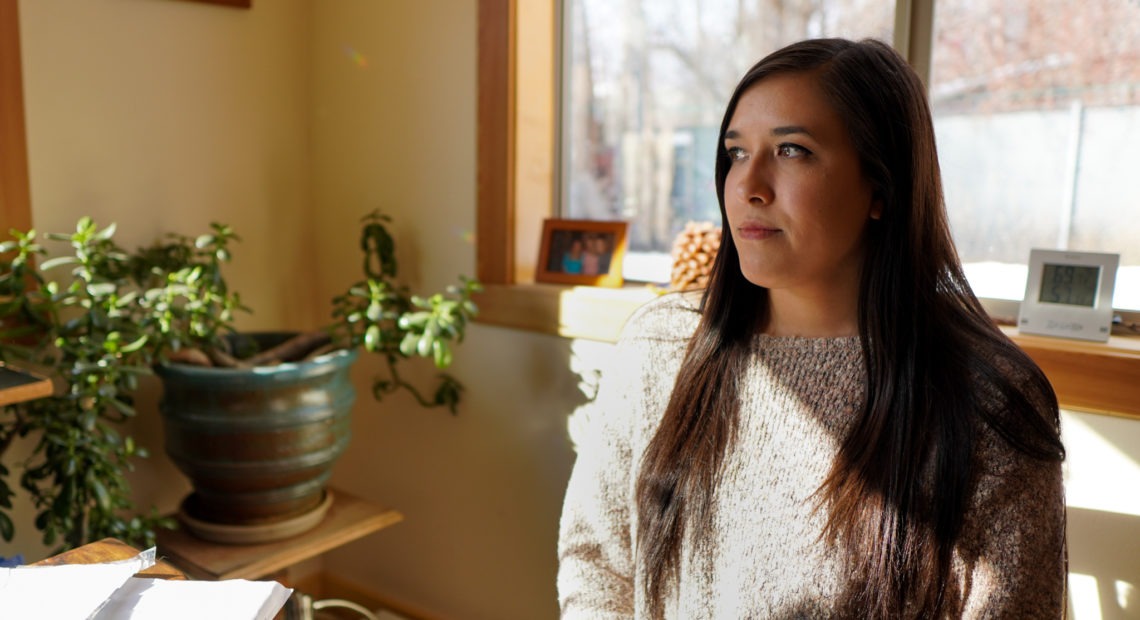 In February, immigration agents arrested a man the federal government says is a danger to his community of Twisp in Washington’s Methow Valley.

That same community fought to get their neighbor back.

Francisco Morales is well known in Twisp and neighboring Winthrop as a charming, outgoing waiter in most of the area’s restaurants. About 1,500 people live in the two tourist-heavy towns known for their recreation and, in Winthrop’s case, Old West theme.

Going to any restaurant here means potentially running into Francisco.

A Day In February

Francisco began his day the same way many parents do: taking his kids to school.

He left home at 8 a.m. with his 7-year-old son and 5-year-old daughter. Soon after, his wife Brenda Lopez followed him out the door for work. She’s a patient navigator at a local clinic.

Before Brenda could settle in at her desk, she got a text from her husband.

“I had a vibration on my watch and it was Francisco saying, ‘Can you come pick up Alexa? Because I was just stopped by immigration,’” Brenda said.

Brenda ran out of the clinic to meet Francisco by the side of the road where he was pulled over by Immigration and Customs Enforcement agents — just outside their son’s elementary school.

Their daughter was still in Francisco’s car, waiting to be dropped off.

“He stepped out of the car and hugged our daughter one last time and told her he loved her and that he’d be back,” Brenda said. 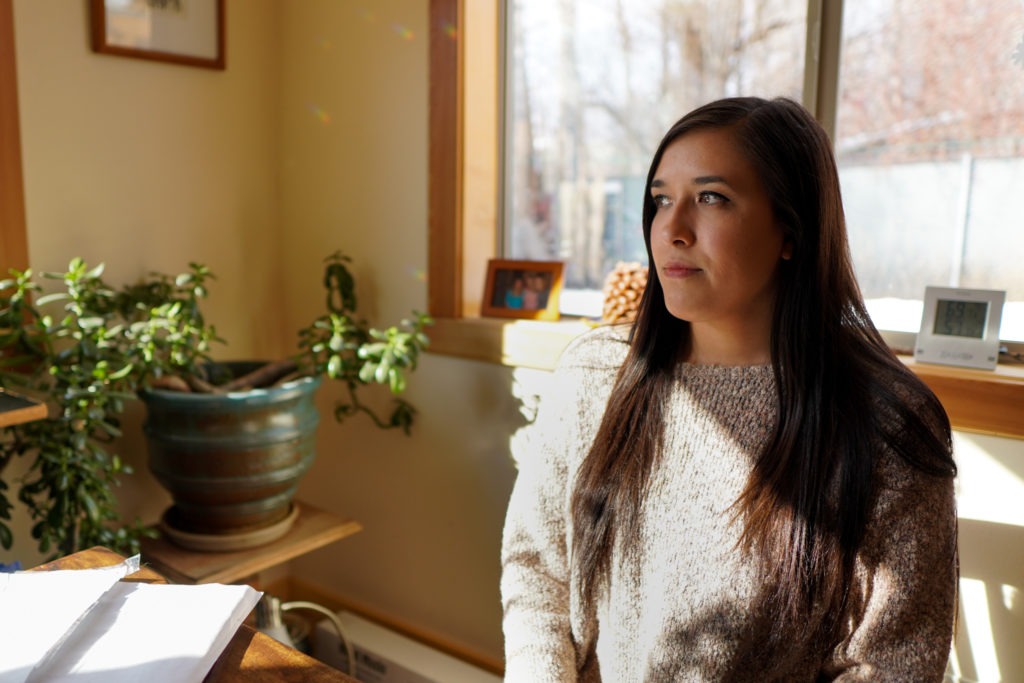 Brenda Lopez ran out of her office to meet her husband Francisco Morales by the roadside where he was pulled over by ICE agents after he dropped off his son at school in February 2020. Since then, she’s been fighting to bring him home to Twisp with the help of her community. CREDIT: Enrique Pérez de la Rosa/NWPB

According to U.S. Customs and Border Protection, Francisco was targeted because he’s been deported to Mexico before after a DUI landed him in the Okanogan County jail, and he was charged with a gross misdemeanor. Since February he’s been in detention at the ICE processing center in Tacoma.

For Brenda, the impact of stricter deportations that target undocumented people with any kind of criminal record — not just felonies — is felt at home. Her daughter asks for her father to come home. Her son is having trouble in school, inattentive and emotional in class.

Francisco came back to Okanogan County after his earlier deportation because he has no family in Mexico. He has been here since age 12. That’s why his Methow Valley community fought to bring him back, refusing to accept the official narrative that Francisco is a danger to his neighbors in Twisp.

“It affects families more than you can realize. It’s traumatizing, and it’s scary,” Brenda said. “I think this wasn’t spoken about much and people are aware now.

Francisco was released from ICE custody on bail March 19. Though the impact of Francisco’s arrest is felt strongest by his family, their community in the Methow Valley is also reckoning with the threat of immigration arrests against other neighbors.

That’s especially true for those who saw the arrest take place as they dropped off their children at school. Among them are some of Francisco’s coworkers, who spoke to Northwest Public Broadcasting on condition of anonymity to avoid calling attention to their immigration status.

One of those coworkers, a Mexican woman from Veracruz, saw the arrest happen outside Methow Valley Elementary. An unmarked immigration enforcement vehicle waited for Francisco in the school parking lot and pulled him over after he left school property, according to school officials.

“It’s hard not to think of the trauma it causes his children,” the woman said in Spanish. “I know the immigration agents are doing their job but there must be a more human way to do it.” 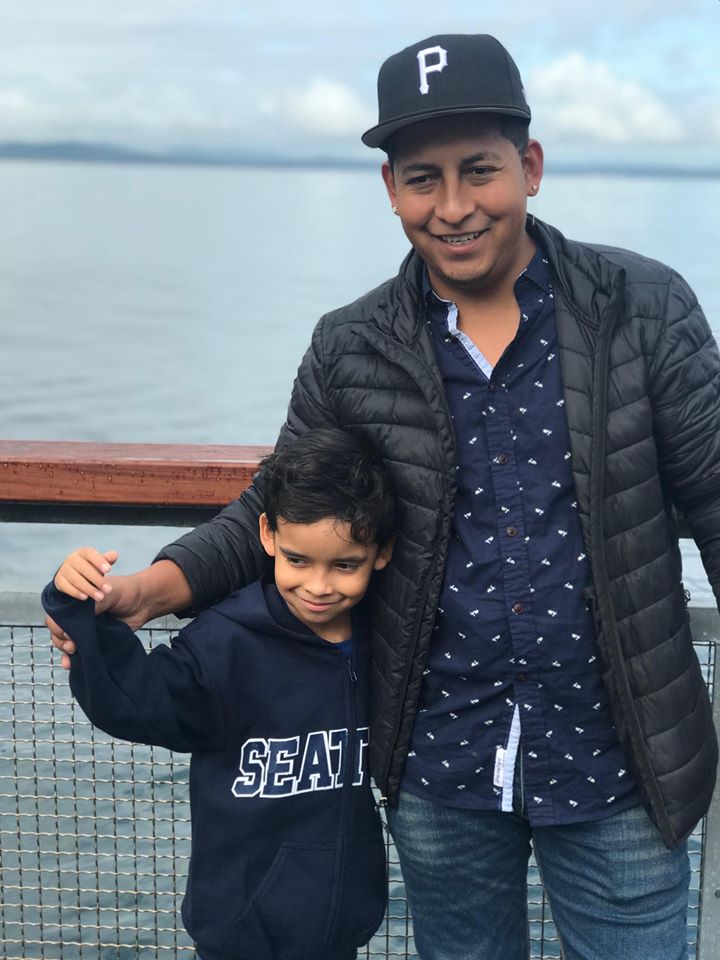 Francisco Morales with his 7-year-old son, who his mother Brenda Lopez says is inattentive and emotional at school following his father’s immigration arrest. Courtesy of Brenda Lopez

An undocumented woman herself, she also couldn’t help but put herself in Francisco’s place.

“I am afraid, but I’m also conscious of the fact that I live in a country that isn’t mine and that the same could happen to me any day,” she said. “We have to be prepared for that moment.”

Another coworker, a man from Morelos, Mexico who has lived in the Methow Valley since 1995, has known Francisco for 10 years.

“Because I’ve known him for so long, his arrest blew me away,” he said. “At any time, it can happen to any of us. Those of us who come (to the United States) to work without documentation are exposed and that’s the reality.”

After responding to a request for comment with Francisco’s immigration and arrest history, a CBP spokesperson didn’t respond to multiple requests for comment regarding agency or Department of Homeland Security policy on enforcement activities on or near sensitive locations like schools.

After the initial shock, some of Francisco’s neighbors sprung into action.

It started with an online fundraising campaign for legal fees and missed income organized by Brenda’s coworker, Blue Bradley, whose daughter is classmates with Franciso’s son.

“And so just thinking about a family with a husband torn away and put in jail that might be deported, I just felt like I had to do something,” Bradley said.

After convincing Brenda to let her organize the fundraiser, Bradley’s initial goal was $15,000. In a few days, the community raised over $40,000. Some donations on the fundraising list were as high as $400. After Bradley stopped the fundraiser, residents wrote more than 200 letters of support to be presented at Francisco’s next court hearing.

“I was amazed going through that list to see some of the names on there,” said David Asia, a retired school counselor resident in the valley since the 1970s.

Before the ‘70s, the Methow Valley was isolated. The North Cascades Highway that now connects it to western Washington didn’t open until 1972.

Since then, the economy in the valley has changed from one dependent on resource extraction industries to tourism. That’s brought new residents from cities like Seattle who have changed and divided the region’s political identity.

Like any place in America, Methow Valley residents can be divided on contentious political issues like immigration, Asia said. But that changed when the debate hit home with Francisco’s arrest.

“When we need one another, those things tend to drip away and become less significant,” Asia said.

He says that much became apparent when wildfires ravaged the Methow Valley six years ago. Local issues like the fires and Morales’ arrest trigger broad community responses.

The community response includes actions from organizations in the region like the Methow Valley School District. After learning of Francisco’s arrest near school grounds and of immigration authorities operating in the school’s parking lot, Superintendent Tom Venable started looking for clarity in CBP policy and from the state Office of the Superintendent of Public Instruction.

“It’s not clear whether law enforcement should be able to park on campus without probable cause,” Venable said, adding that immigration agents did not check in with the district before the arrest.

“Saying it’s highly concerning is probably an understatement,” Venable said. “We want families to feel safe. We want this to be a safe space for community members and students.”

It’s a change Room One has been looking to make even before Francisco’s arrest by hiring a Spanish-speaking client advocate.

But chief among those reckoning with Francisco’s arrest and the community’s subsequent reaction is the local chapter of Showing Up For Racial Justice. Leahe Swazey is a leading member of its immigration action group. After Francisco’s arrest, she organized community meetings to disseminate information on resources from statewide immigrant rights organizations.

“I’d like to see that feeling people have to expand it more, you know?” Swazey said. “If things really started happening here and a lot of people were affected, would we keep it up? What do we need to do to be able to keep it up?”